Wellington bars don't always have the most conventional of locations. Some are found at the end of a traverse up an unmarked rickety wooden stairwell, others a little walk down a dodgy-looking back alleyway, or even hidden inside another bar's closet.

Wellington bars don't always have the most conventional of locations. Some are found at the end of a traverse up an unmarked rickety wooden stairwell, others a little walk down a dodgy-looking back alleyway, and one can even be found hidden inside another bar's closet.

While there is a certain irony in writing a highly viewed article on the best secret bars in Wellington - each bar's secretness inversely proportional to every one of you reading this - we decided that the value of paying tribute to the humble, unassuming little guys of the Wellington bar scene far outweighed the underlying irony in this case. After all, each of the bars listed below have gone without the typical crowd-drawing tactics (flashy look-at-me signs, foot traffic-orientated locations etc.), surviving instead on their good names alone.Which makes the following bars more than just a collection of damn-hard-to-find bars, but also one which features some of the best damn bars in Wellington. So we decided we'd like to make a fuss about them - they certainly won't do it themselves.

Some of you may still see reading this hit list of secret watering holes as the moral equivalent of eating all your Advent calendar chocolates on the first day of December. For those who feel that strongly about it, I would like to invite you to exit stage left vis-à-vis the top left hand cross on your screen, which will close your browser and leave the city's secrets intact. But for those who would like to have a quality drink and support a bar which deserves a truckload more verbal accolades than it currently has, read on.

Hawthorn is a place where logophiles, gentlemen and Friends of Alcoholic Beverages can convene. The dimly-lit cocktail bar, which looks a little like a scene from a 1930s film noir, was founded on some old school chivalric principles - all helpfully listed on the gold plaque right outside the bar.

Specialised in serving crazy alcoholic concoctions (try the blue cheese and chocolate cocktail) with a side of Scrabble, the low-key saloon easily tops the list as our favourite hidden bar in town.

An outlier of the Courtenay Place bar family due to its quirky nature and laid-back (yet sophisticated) demeanour, The Merchant is surprisingly well-hidden given its central location - with only an unassuming less-than-30cmx20cm sign overhead, and set of wooden stairs next to Cafe Baba betraying its existence.

A well-loved spirits institution amongst professional cocktail slingers as well as rum and gin aficionados, the bar has been described as "a bar with an ice cream shop mentality where you choose your own flavours" by respected drinks mixer Peter Lowry (Hawthorn's head bartender). The bar setup is simple: a few chairs, some ivy, and an entire friggen back wall lined with a variety of mouth-watering home-infused gin and rum jars. I like to think of the Merch as an alcoholic alchemist shop - flavour infusions including anything from Oreo rum to carrot and ginger-infused gin.

For Merch first-timers the Salted Caramel Rum is a no-brainer. Home to regular poetry nights as well as gigs of every musical persuasion, Meow is an everyman's haunt. Bar by night, cafe by day, Meow is one excellently well-hidden spot (you'll do have have to walk up a dodgy-looking empty back alleyway before being greeted by any signs of life).

Meow has been a cornerstone watering hole for a loyal few over the past few years, but with little competition in the live music venue arena (RIP Puppies and Mighty Mighty) the onomatopoeic drinking hole is fast gaining popularity and visibility in the circuit. Open one of the upstairs closets of Foxglove Bar and Kitchen and instead of finding Narnia (or maybe just some coats and other outerwear paraphernalia), you could stumble upon the secret entrance of a little bar which goes by the name of 'Foxtail'.

The meta-bar (bar within a bar) is a great little burrow to have a sophisticated tipple or two while staying well-hidden away from the world and all its cares. Named after a galavanting 19th century noble, the bar-cum-café is an immaculate museumesque space filled with vintage gadgetry and antique images - Renaissance portraits covering every vertical surface possible in the bar's side room.

Although they have a great wine selection, Duke's main calling card is its hot chocolate. It is the best hot chocolate you will ever taste, ever (except also at Scopa, which uses the same recipe). Another excellent feature of this establishment is the size and structure of its owner's moustache. He will let you touch it if you ask nicely.

Hidden in plain sight on Swan Lane, a little Cuba Street off-shoot, Duke's is the most visible of the hidden bars possy, yet somehow most pedestrians still miss it. With fourteen rotating taps, two handpulls and over a hundred beers in the fridge, describing the place as 'well-stocked' might be a bit of an understatement. Besides the sheer quantity of beer available, the most impressive thing about LBQ is the palpable beer enthusiasm which permeates the air. The bartenders at LBQ really know a thing or two about the fermented yeast business. Ask them anything, and let them introduce you to your new favourite brew from an unheard of rural town somewhere in New Zealand. Your craft beer game depends on it. For those who have a penchant for wearing their moustaches in the Copstash/Handlebar style, Wayward is a perfect sunny afternoon spot to congregate. The Newtown watering hole's clientele consists mostly of men who share similar styles of upper lip coverage, and the women who appreciate them. (Note: Moustache-less men are also welcome, but are a rare breed here.)

Monterey's summer-only backyard bar offers a small selection of drinks - canned beers, cider or a whiskey in a variation of styles, giving the place a very casual, just-popped-over-to-the-neighbours'-for-a-beersie-in-the-sun feel. For a more extensive menu you'll have to go next door to Monterey.

For a bar that's literally next to one of Newtown's most popular bar-restaurants and situated on Rintoul Street, Wayward is still flying very low under the radar - which is probably due to its eccentric opening hours, which are weather- and music festival-dependant. 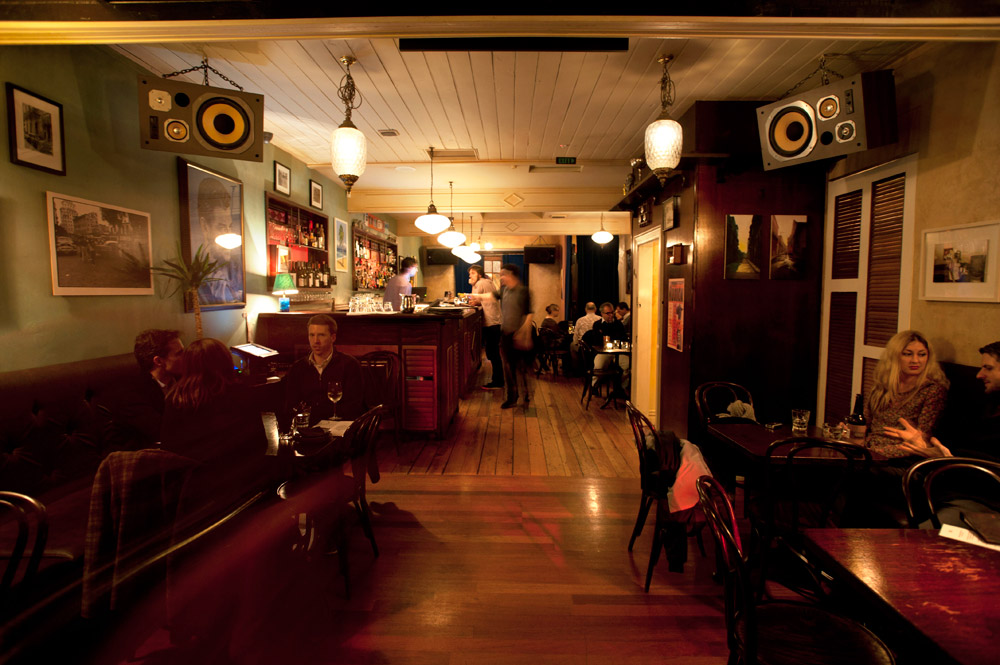 A little Castro love shack that takes its styling cues from the bygone Jazz era, a trip to Havana Bar is a little overnight staycation to Cuba. Havana isn't the easiest drinking hole to get to, especially after dark when the Vivian Street passageway gets gated up (making it accessible only via a niggly Cuba or Taranaki Street detour). We suggests using Google maps to find it.

Despite its hard-to-find location, it's almost impossible to get into Havana on a weekend night without having to queue for at least a few decent minutes.