Whether you're into mountain biking and tramping, or more down for catching a train to a coastal location to have a coffee, summer is the best time to explore some new places. This collection of day trips includes seaside spots, bush locations, wine territory and even open water, across a variety of private and public transport-accessible options. 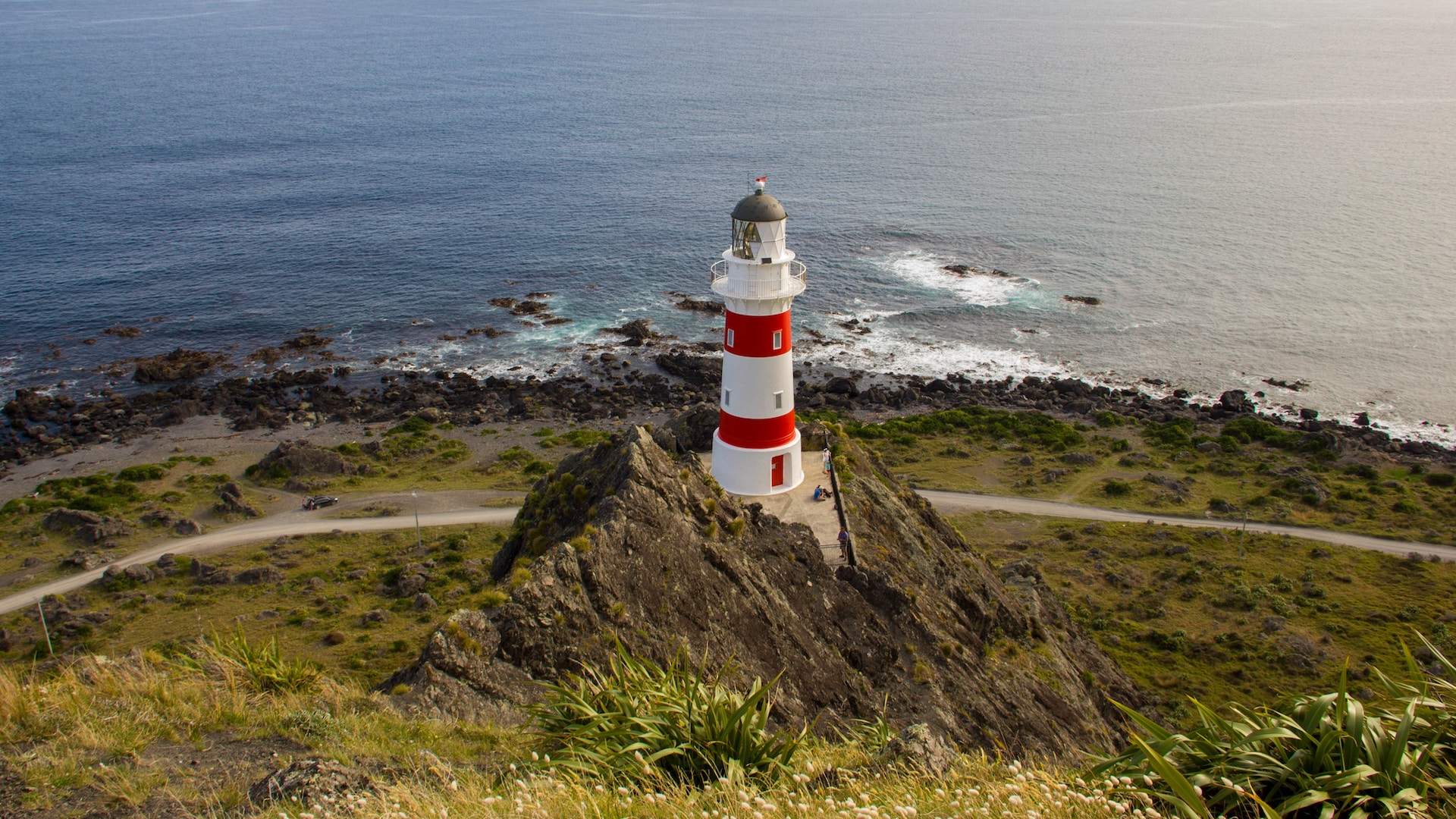 Lighthouses, rock formations, coastline views and seals are all on show at Cape Palliser, the southernmost point of the North Island. The Cape is about two and a half hours from Wellington (due to convenient things like harbours and mountain ranges), but there are plenty of places to also stop at on the way, including Masterton, Palliser Bay, captivating rock formations of the Putangirua Pinnacles, Aorangi Forest Park and fishing town Ngawi. Once at Cape Palliser (which unfortunately requires a vehicle unless you want to hitch hike or book a bus tour) there is also the largest fur seal colony in the North Island living there to spot while you take on the steps of the track to the Cape Palliser Lighthouse, which has views southward to the South Island. FOR FOOD, WINE AND STARGAZING: MARTINBOROUGH

Martinborough can also be added to the itinerary of those adventuring to Cape Palliser, or it is fully worth a day trip in itself. Located in the vineyard-heavy region of Wairarapa, there are wine tasting tours available. Most wineries are also easily accessible by bike (which can be hired in the town). If you're looking for a particular weekend to head out east to the Martinborough Fair (which include a wide variety of quality Kiwi-made crafts). The town is also home to dark sky centre Starfield, which offers stargazing tours. Make sure you book this before heading out, however, as the centre is not always open.

Take to your bike and try out the Remutaka Rail Trail in the Remutaka Ranges. The trail is a former rail route, established in 1878, which runs between Kaitoke in the Hutt Valley, up over the summit in the Remutaka Ranges and ends at Cross Creek, near Featherston, in the Wairarapa. Destination Wairarapa estimates that the "gently graded" ride from Kaitoke carpark to the summit is about two-to-three hours return, or for those wanting to go the full way over, factor in a few hours more. The carpark is several kilometres north of Upper Hutt, or for those without vehicles, you can catch the train from Wellington to Maymorn Station in Upper Hutt (and then cycle the remaining five kilometres to the start of the track). On the Wairarapa side, it is a ten-kilometre ride from Cross Creek to Featherston Railway station, where you can catch the train back to the city. Cycle Remutaka offers mountain bike hireage, as well as day-trip packages including bikes, a packed lunch and transport to and from Wellington or the Hutt Valley. The track can also be done as a walk. Note: there are tunnels, like the one pictured, so bring a torch. 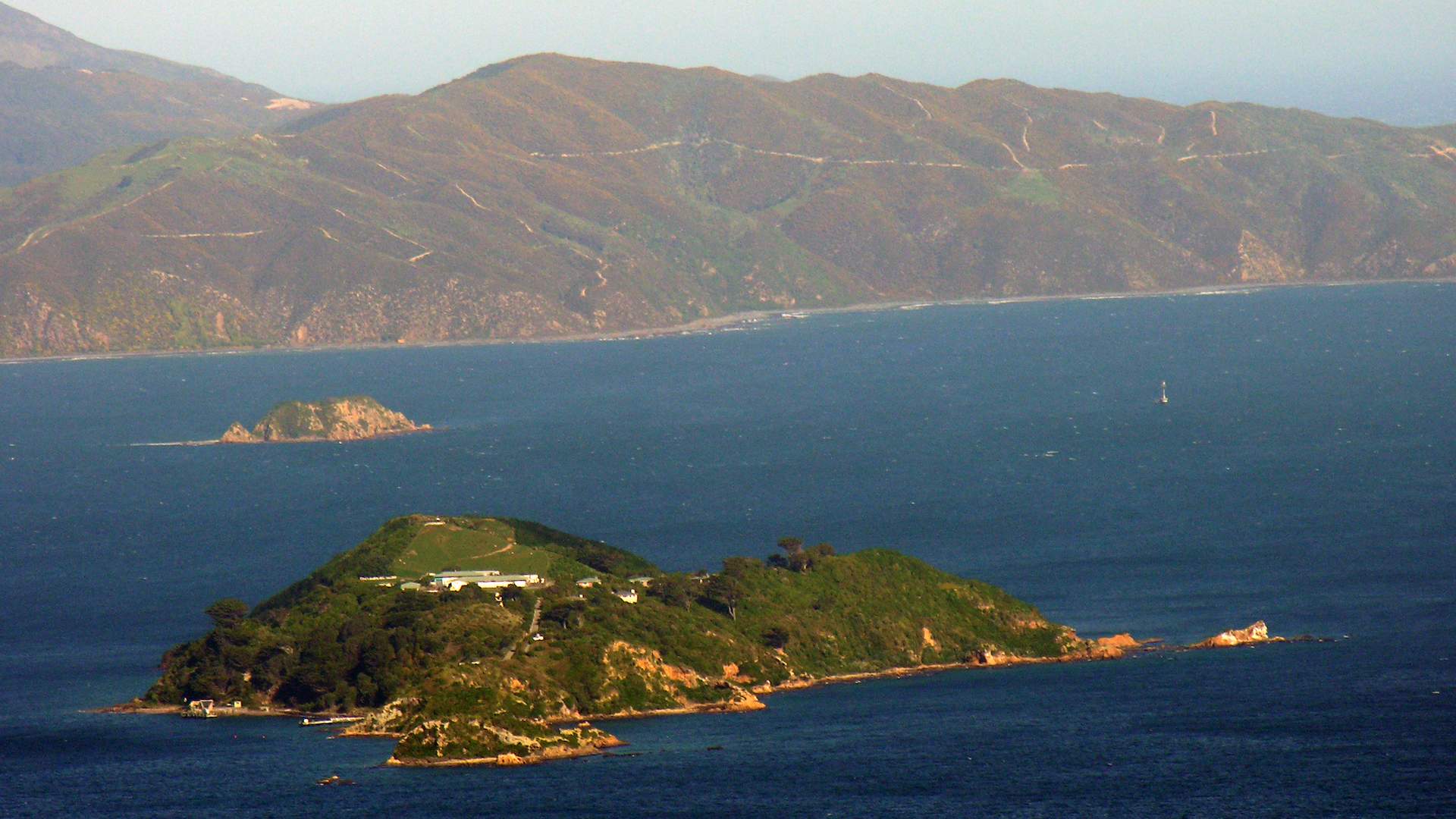 Matiu/Somes Island is a pest-free piece of island enjoyment — and easily accessible from Wellington. Reclaimed by Taranaki Whānui following Treaty settlements, the island is managed by iwi and the Department of Conservation. It has been pest-free since the 1980s (meaning all bags will be checked on arrival) and a variety of wildlife has since flourished — including tuatara, weta, Little Blue penguins, fantails, kingfishers, and kākāriki (the red-crowned parakeet), many of which have been reintroduced from Zealandia Ecosanctuary. The island is accessible by ferry, run by East by West Ferries, which travels between Queens Wharf in the Wellington CBD to Eastbourne, occasionally docking at Matiu. Check timetables to make sure you catch the right ferry to and from the island. A walking track circles the island and is estimated to take about 75 minutes. Visitors must bring their own food, and remove all rubbish from the island at the end of their visit. If you've got some cash to splash and feel like a boat trip, then Picton is the place to go. Both Bluebridge and Interislander ferries have crossings around 8–9am leaving you plenty of time to explore Picton before catching an evening ferry back to the capital. Interislander even has a special Day Excursion discount for ferry users travelling twice on the same day. While many may view Picton as solely as a transit town, rather than a place to visit, the northern South Island port has plenty of cafes and restaurants, galleries, a floating maritime museum and an aquarium. There are also several wildlife cruise options for those not sick of the sea, including several that visit the island-based Kaipupu Wildlife Sanctuary. For folks in search of a more active day trip, options include sea kayaking, mountain biking and diving. Plus, when in Picton, one must make sure to check out the sit-on steam engine ride and chance to sail toy-sized boats on the harbour front. Catch a train up the coast from Wellington to Paekākāriki — a scenic spot for every type of daytripper. Home to the World's Shortest Pride Parade, the Kāpiti Coast township has cafes and shops (including the wonderfully named The Perching Parrot cafe) and the scenic Paekākāriki Escarpment Track. The track, which is part of Te Araroa, the network of tramping tracks spanning the length of New Zealand, runs between Beach Road in Paekākāriki to Pukerua Bay (which also has a train station to get back into Wellington). The ten-kilometre, three-to-four-hour walk does have steep steps in parts so keep that in mind when deciding whether to walk it. Also keep an eye out for posters at St Peter's Hall in the town as there could be a show on that evening (or you may be tempted to come back for a gig sometime).