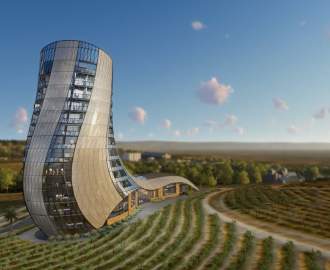 The logical sequel we've been waiting for. LOOK AT THEIR FACES.

The logical sequel we've been waiting for. LOOK AT THEIR FACES.

It was the follow-up that had to happen. The sequel we crossed everything for. After gaining viral status and worldwide applause for her 2013 book Shake, photographer Carli Davidson is back with a brand new series to follow her comical, high-speed images of dogs mid-shakedown. Yep, you guessed it. This time, it's cats.

Shake Cats is the brand new book from Davidson, who actually took the photos of cats shaking themselves dry back in 2011, at the same time as taking the Shake dog photos. "I had originally thought I would do cats and dogs in the same book, but looking back I think it was best to give each animal its own book so their unique features could be highlighted," says Davidson. Shooting with Nikon D4s at a very rapid frame rate, this animal-loving photographer shot close to 100 cats for the series, including her own cat Yushi and hectic cat celeb Lil' Bub. Almost all of the cat models are local Portlandians, or from rescue shelters. In addition to the shake shoot, Davidson would get a pretty headshot of the kitty for the rescue shelter to post on their website — and most of these cats were adopted almost immediately as a result. "Taking a good photo of an animal in a shelter can go a long way to help that cat or dog find a home. So much of rescue is done online; people pick out a pet before they even get to the shelter. They fall in love online with an expression, so capturing that personality in a photo is really important."

So how exactly did Davidson get those money shots? How do you make a cat shake itself clean (we're pretty sure you're asking yourself this question daily)? Simple, you pamper them like crazy. "Getting the cats to shake was actually more of a grooming process than a waiting game. We basically treated the shoot like a mini grooming session with lots of treats and cat cuddles... Ear cleanings are what generally caused the shake to happen, I just had to be ready." Apparently the cats weren't too hard to wrangle either — apparently they couldn't get enough of the warm studio lights. Cuuuute. 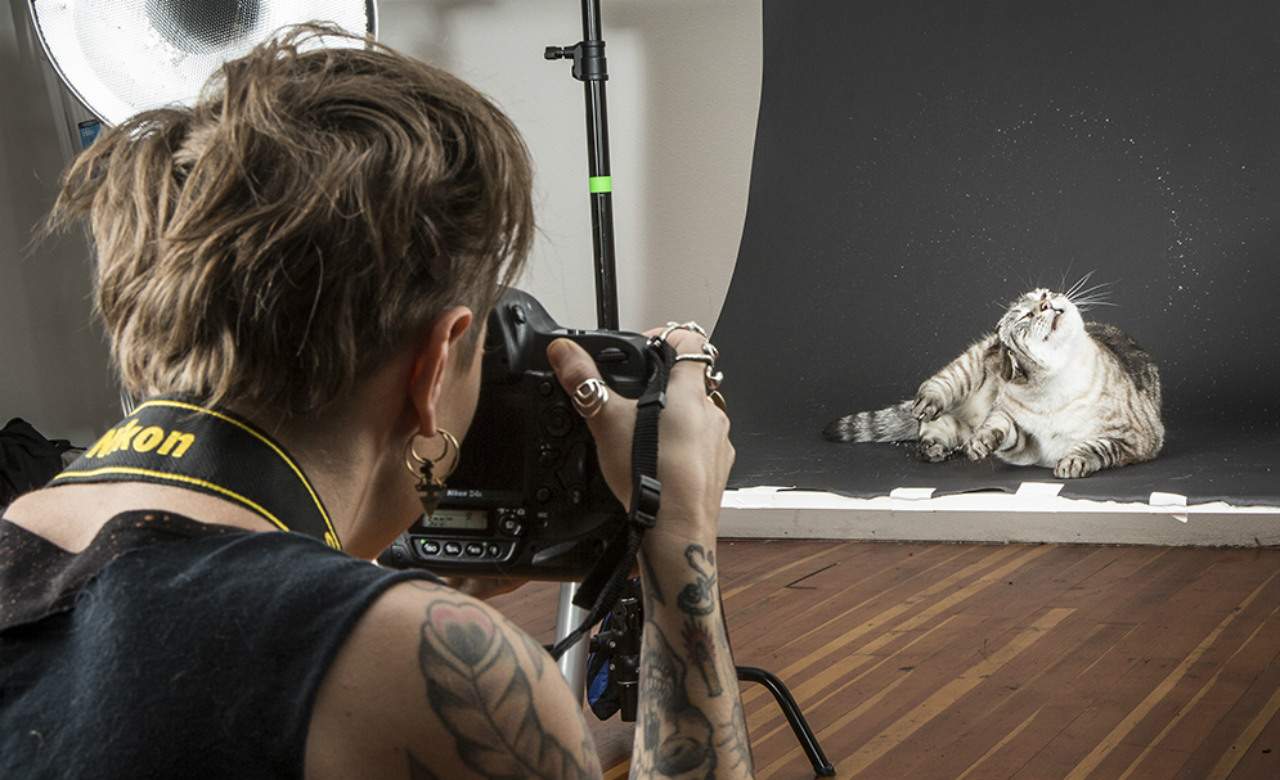 It goes without saying that Davidson's tapped into social media's favourite thing, cats and dogs. But this animal-lover sees more in internet kitties than a grumpy face. "Cats are popular because they are awesome, independent thinkers and humans love to worship them. We have been worshipping them as spiritual icons for 10,000 years," she says. "The rise of the cat back into worship status on the Internet seems natural if you look at their historic significance... Cats combat internet negativity with their sheer visual presence."

Shake Cats is out now via Harper Design, available to purchase from Booktopia.

Published on October 27, 2015 by Shannon Connellan