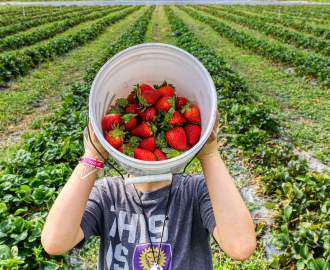 Not content with doing big business in cinemas over the past decade, Marvel is bringing its superhero tales to the small screen, as part of Disney's already-announced plans to broaden out the Marvel Cinematic Universe. That was always going to be the case once the Mouse House moved into the streaming realm. In fact, producing a slew of high-profile titles for Disney+ was on its agenda right from the beginning. But, while Star Wars fans have already been able to enjoy The Mandalorian — which aired one season in 2019, and launched its second season last month — Marvel aficionados have had to hold out a little longer to get their episodic caped crusader fix.

And, that wait isn't over yet. Back in September when a trailer for WandaVision dropped, the show was slated to come out by the end of this year. Disney+ has now updated that timing to 2021 — with the show premiering on Friday, January 15, to be specific.

When it does start streaming, WandaVision will become Disney+'s first MCU show. Yes, plenty more are on the agenda. In this spinoff series, however, Wanda Maximoff/Scarlet Witch (Elizabeth Olsen) and Vision (Paul Bettany) take centre stage.

Story-wise, the show follows its titular characters in their home lives. As a sneak peek back in February initially teased, and the recent trailer demonstrated in a little more detail, that premise definitely isn't as straightforward as it seems. At first, Wanda and Vision appear to be stranded in a classic 50s sitcom and experiencing the epitome of suburban living. To really stress that feeling, these scenes are rendered in black and white, too. Of course, as anyone who remembers the path the characters' arcs took on the big screen will guess, this seeming domestic bliss will come with a twist.

As well as Olsen and Bettany, the trailer also features Kathryn Hahn (I Know This Much Is True) — while Kat Dennings is set to reprise her Thor and Thor: The Dark World character of Darcy Lewis; Randall Park will step back into his Ant-Man and the Wasp role as FBI agent Jimmy Woo; and Teyonah Parris (Mad Men) will play Monica Rambeau, an older version of Maria Rambeau's daughter from Captain Marvel.

WandaVision's six-episode season was actually originally due to hit Disney+ after The Falcon and the Winter Soldier, which focuses on Bucky Barnes/Winter Soldier (Sebastian Stan) and Sam Wilson/Falcon (Anthony Mackie), but it appears that plan has changed. The latter doesn't currently have a release date — and as for Loki, starring Tom Hiddleston, it's supposed to drop in 2021.

Check out the WandaVision trailer below: