The Five Best Stores to Visit This Record Store Day

Yes, Jay-Z may have just launched a new streaming service with higher quality audio, but you just can't beat the process of firing up your turntable and positioning the needle in that glorious sweet spot.

Record Store Day is back once again to remind us of the passionate souls that sell us physical music formats through their independently owned record stores. Now in its eighth year, Record Store Day was launched in 2007 after a bunch of music retailers in middle America had a very successful brainstorming session. The day is now celebrated annually on the third Saturday in April at record stores on every single continent (except Antarctica). Special vinyl and CD releases are typically made exclusive for the day and artists make special appearances and performances; and this year is no different. 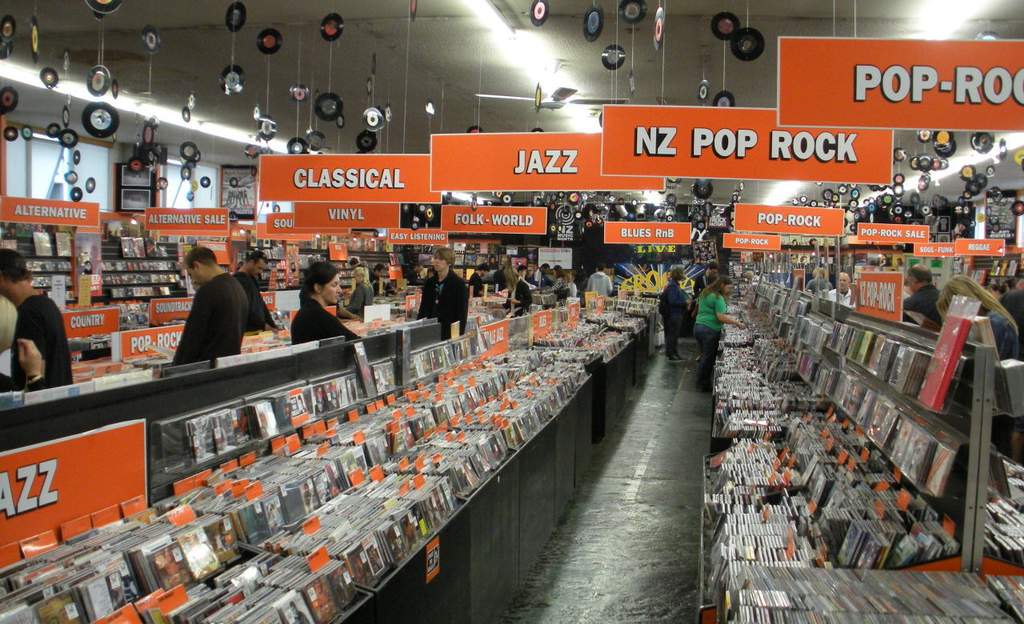 Now in their 33rd year selling music and pop culture paraphernalia, the quarter-acre vinyl oasis Real Groovy will be hosting a full day of events from 9am with live performances from one of the country’s hottest prog psych bands and best kept secrets, The Cleves/Bitch, 1960s spooky psych-beat five-piece Larry’s Rebels, and Auckland three piece The Echo Ohs.

Special releases will include two new vinyl releases on the Real Groovy Records label: a double vinyl of The Cleves 1971 album alongside their unreleased 1973 album under the more confrontational title, Bitch; and a compilation of long lost master tapes from Larry's Rebels. Other releases include: a 12” EP courtesy of Red Bull Sound Select; six demo tracks and two previously unreleased songs from Liam Finn; a hand-silkscreened 7” from The Phoenix Foundation and Oregon band Eyelids; a re-issue of Shayne Carter and Peter Jefferies' 1986 collaborative 7”, Randolph’s Going Home; a remastered version of Shihad's second album Killjoy and The Mint Chicks’ Fuck the Golden Youth.

There will also be free face painting all day and an instore soundtrack provided by a host of respected DJs. Celebrating their first Record Store Day in their bigger and more central location on Symonds Street, Southbound Records will have more than 250 special releases up for grabs. Those in for the long haul will be able to keep their crate digging fingers energised with free coffee and baking.

Live performances from 3pm will include acclaimed songwriters SJD and Don McGlashan, who both happen to be celebrating the release of their respective new records. Delaney Davidson will also make an appearance to sign copies of a special Record Store Day release of lost tunes, soundtrack gems and stolen treasures from his last ten years of recording. The CBD’s go-to record store and the oldest in Auckland, Marbecks, has a busy day planned for music lovers. In-store live performances kick off from midday including the sultan of New Zealand indie-pop Lawrence Arabia, folk act Tiny Ruins and something called Flat White and Long Black. Local acts Princess Chelsea and Jonathan Bree will also show off their prowess on the decks, alongside some guest DJs in the morning.

The store is knocking 20% off all vinyl and up to a whopping 70% on selected releases. Customers will also have the opportunity to pick up a $150 voucher by getting a photo taking with their favorite record and tagging on social media as necessary. This year will be the first Record Store Day for champions of the indie scene Flying Out. The online music mail music store was originally launched 18 months ago selling the catalogues of local independent labels Flying Nun, Arch Hill Recordings, Muzai Records, Lyttelton Records and other stuff they like.

From this Saturday, Flying Out will now exist in the real world too thanks to the a new physical location on Pitt Street. To mark the opening and Record Store Day, the store will have a reissue of the collaborative 7” from Shayne Carter and Peter Jeffries, Rudolph’s Going Home, as well as music releases from the usual imprints.

There will also be pay-what-you-want coffee and a schedule of in-store DJs. Business has exploded in the last six weeks for Vinyl Destination meaning they’ve had to move to a bigger premise in Birkenhead. The new store, which will be linked with a eatery called Cafe Destination will open just in time for Record Store Day. Information is light on the ground but from what we discovered, it’s a place “you come to relive childhood memories and find cool new shit that you can't find anywhere else in NZ.”

Expect to walk away with some new vinyls under one arm and perhaps a few childhood favourite boardgames under the other. Ponsonby's Conch has decided to take a back seat for Record Store Day this year; instead approaching it as a day for people to come hang out with some good music, food and company. The store will have some friends and family behind the decks from 10am and will have a small selection of RSD releases - some new releases and some interesting second hand bits. The kitchen will also be running till late so you can have your cake and listen to it too.