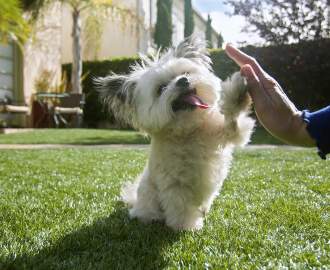 Oyster and Chop has all the makings of a fine dining establishment common for its Viaduct location. Your food is served with a French accent, lobster, oyster and wagyu steak take their respective spots on the menu, tasseled curtain tie-backs embrace drapes that probably cost more than everything in your wardrobe, and the gently swaying ships of the harbour provide your meal's visual accompaniment.

Yet, in the metamodern tradition that's currently rampant in the Auckland cuisine scene, Oyster and Chop is also a welcoming, but quite surprising oxymoron restaurant. Exhibit A: their lobster mac 'n' cheese option ($22). And then, of course, the casual, Americana-style wicker baskets intermingled with massive wooden crates of potted plants hanging overhead and the green grass turf laid beneath outdoor diners' feet (which until then I believed only a mini golf course or tiki love shack could pull off, but somehow Oyster and Chop can as well).

I was heavily tempted by the lobster mac 'n' cheese option, but having a dog-eared copy of David Foster Wallace's Consider the Lobster for a dining partner I decided against the irony, instead helping myself to half a dozen Clevedon half-shell oysters served naturally ($22) and a hot smoked salmon with horseradish and green apple cream, pickled cucumber and crostini starter ($19).

The oysters, served with lemon and a shallot vinaigrette, were decent, quite meaty and generally in good nick (one slightly letting the team down in terms of quality, but not enough to detract too much from the rest of the dish). Natural oysters are a good choice as a meal opener, but given the other exciting oysters on offer at Oyster and Chop I was having a little bit of post-order regret. Specifically their the tandoori grilled oysters with a side of pickled cucumber yoghurt or the nori, wasabi creme fraiche and tempura crumb oysters options seemed very worthy contenders for a station inside my stomach.

The salmon followed quickly after that and was a delightful little dish. Nothing avant-garde or outrageous, just a well-made salmon with a slight, interesting variation on flavour thanks to the clever horseradish and green apple cream and pickled cucumber. It's a dependable, tasty option but intriguing enough to keep your mouth happy for the duration of your chewing. The kind of dish you order when you're unsure whether to stick to familiar grounds or venture to something more exotic.

Oyster and Chop is a good option for those hunting for an afternoon eatery that's just a little bit special. It straddles the 'casual fine dining' dichotomy comfortably and will make a good, reliable spot for a Friday afternoon meeting or a midweek two-hour lunch with some friends and white wine, especially during the summer months.