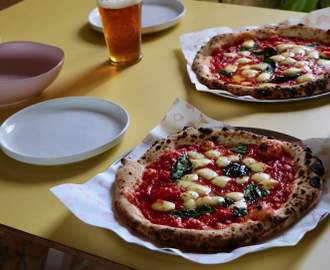 Spotify Can Now Sync Your Music to Your Running Pace

Blending your listening history with new specially-created tracks, it's like your own personal exercise DJ.

In a world of pay-to-own content, companies like Spotify run to the sound of a different tune. Now, they're giving you the chance to quite literally do the same. The music streaming service today announced the introduction of Spotify Running, a new feature that automatically detects your running pace and plays tracks to match your tempo.

Spotify Running will select music based on your listening history, incorporating different playlists as well as original compositions from DJs and composers around the world. Sensors in your phone will then detect how fast you're moving, with the music changing as you speed up or slow down. The feature will also be integrated into the Nike+ and Runkeeper apps later in the year.

Of course, this isn't a new idea. There are already a number of third-party apps for both iOs and Android that will match music to your running pace, including Pace DJ and RockMyRun. However, Spotify is also working with musicians to develop customisable music, where the composition actually changes and rearranges itself depending on your speed.

The new feature is one of several announced by Spotify at a recent New York media event. The Now page will better allow users to select playlists based on their personal preferences, mood and even the time of day. They’re also (finally) incorporating other forms of media such as video clips and podcasts (podcasts!), announcing partnerships with the likes of the BBC, Comedy Central, ESPN, TED, Adult Swim, Vice Media and NBC.

The company will also launch Spotify Originals, shows and content that will be exclusive to the service. Turntable will pair musicians and chefs for a performance and a meal, while Incoming will cover the latest music trends. Artists including Icona Pop and Tyler the Creator will also be getting their own radio shows, while Dance Move of the Day, from Amy Poehler's Smart Girls, is exactly what it sounds like. No word yet on when exactly this content will be available for users in Australia, although Spotify Running is — pun very much intended — already up and running.

The new features should add fuel to the competition between Spotify and its rivals, including Jay Z's Tidal, which already streams video content. Likewise, Apple is expected to launch a new music streaming service later this year, incorporating the recently acquired Beats Music. One of that service’s major selling points is its ability to deliver a personalised playlists based on user preferences and input, territory that the Spotify Now page appears to be cutting into. Game on.

Spotify Running will be rolling out to all users globally from today.