The perfect places in Auckland to play the gentleman's game.

The perfect places in Auckland to play the gentleman's game.

Ladies and gentlemen, it's time to dust off the sticks and reach for that single malt you've been hoarding since the last time your passport got stamped. The lack of sunshine - or golf membership - is no excuse to not done your finest threads and peg it up against some of your equally mediocre golfing cronies. Our Super City offers up a long list of golfing options, but once we draw a line through the soggy sheep tracks and cheap-and-nasty small-changers, what premium courses remain which are fit for a hefty haggle and a sexy gram update?

Without further ado, let's dissect five Auckland courses which are fit for the golfer itching to hit the fairways, and who don't mind digging a little deeper in their pockets. Titirangi Golf Club is New Zealand's only (and forever will be) course designed by the acclaimed British course designer Alister Mackenzie. For those of you who don't know the great man, he's famously remembered for crafting some of the world's finest courses such as Augusta National Golf Club (home to The Masters), Cypress Point Club, Royal Melbourne Golf Club, and of course, Titirangi Golf Club West Auckland, to name a few. For this reason alone, Titirangi is undoubtably an icon of New Zealand Golf.

Situated in the lush West Auckland native bush neighbouring the beautiful Waitakere Ranges, Titirangi is an escape to a magical wonderland from the hustle bustle of the city. In Dr. Alister Mackenzie's own words, the land is "exceptionally well adapted for golf, undulating, without being hilly". Decades on, Titirangi has matured to display the full character of the late Mackenzie's vision, the course is of true championship quality and consistently rates as one of the best in the country. A New Zealand classic right on the doorstep to the city. A must! 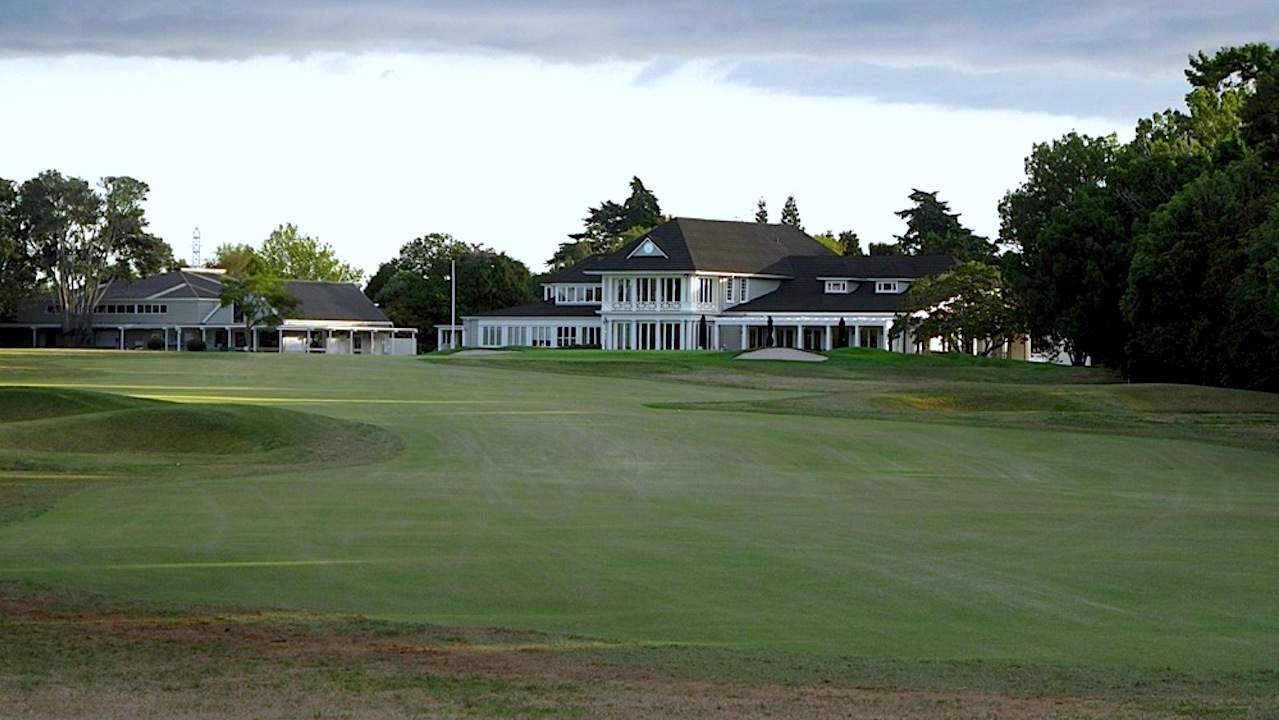 The Royal Auckland Golf Club is the only private Golf Club on this Concrete Playground article. But that's not an excuse to skim-read downwards, it is possible to get a game here if you know a member. Yes, not ideal, but with a few friendly nudges here and there we're sure you can join a game through a friend of a friend if you're keen and persistent enough, it might need a box of beer on top of the green fee, though. I'm sure you can find a member if you ask about.

Founded in 1894, with the first course situated at the Auckland Domain, the Auckland Golf Club became the Royal Auckland Golf Club in 2010 when the Queen issued a warrant for it's new status. It's a status befitting of this established old lady of New Zealand golf, who never fails to look a picture. With velvet fairways and greens, abundant wildlife, and towering trees, it's a majestic place to be on a day when the sun's up.

Widely regarded as one of New Zealand's top parklands golf courses, Royal Auckland is a gem of a course sandwiched between Middlemore Hospital and Kings College in the South Auckland suburb of Otahuhu. With a celebrated history hosting quality championship golf - most recently the 1997 New Zealand Open where our own Greg Turner lifted the silverware, the club continues to stand the test of time with an enjoyable test of golf coupled with immaculate presentation. Tucked in behind Saint Johns, a short drive from everywhere central in Auckland, Remuera Golf Course is another old lady of New Zealand golf, and like Royal Auckland an Titirangi, it can also boast being a past New Zealand Open host course.

Many regard Remuera as Auckland's best central golf course - i's the type of challenge the good golfer craves, an experienced a keen beginner enjoys, and a course its members are proud to call home. This parklands-style, championship course is known for its intense challenge and distinctive attention to detail, but one that offers something for all levels of ability. It's fair to say that the club works to a very carefully selected membership, but don't let this deter you from a top-notch golf outing.

Remmers sports some funky holes peppered with out-of-bounds on the outward nine to get the juices flowing, and a brilliant collection of holes on the closing stretch. Pack a few extra sleeves of balls to get your through the day, and lay off the macchiatos as you'll need to keep your nerve intact on the slippery-lino greens. The private resort course can boast the fact it's the only course in New Zealand designed by the esteemed American designer Robert Trent Jones Jr. This stamp of approval surely aided the course to host the 1998 World Cup of Golf - undoubtedly the largest event to ever be contested on our shores.

The Country Club parades through the natural undulations of the sub-urban front nine, but it's fair to say the course really hits its stride when you reach the 12th tee on the dramatic perch looking back to the 'City of Sails'. The inward nine brings stubborn challenge and a velvet contrast to the front side. More established trees, combined with the steep bluffs dropping off to the ocean will have you reaching for your camera for a new profile pic. On the way in you're taken on a breathtaking roller coaster of stunning scenery along the bluffs that cattle once grazed on, with the Hauraki Gulf hundreds of feet below. Game on!

Yes this is a championship course but don't be discouraged, Gulf Harbour's four sets of tees offer a healthy challenge for the avid golfer and an experience to savour for keen beginners. Huapai Golf Club lies on an area that has played a big part of Auckland's rich history. Situated on Harkins Point, which also couples as the the link between the upper reaches of the Waitamata Harbour and the Kaipara Harbour, Huapai Golf Club provides a peaceful and relaxing escape from the city life of Auckland. You are playing right out in the country on a long, skinny strip of land surrounded by farmland where cows roam freely in neighbouring farmland and fisherman and recreational boaties take advantage of the serene bordering waters.

As a golf course, Huapai offers a full bodied experience that blends a golfing fix and a country outing superbly. While it has many mature aspects, it provides a certain youth and vibrancy that makes it the perfect weekend escape oozing in character for young and old. It's an easy walking course with mature trees, tight fairways, four large water hazards and tidy, well positioned bunkering, but don't let these tranquil surroundings take your eyes off the ball, so to speak.

Huapai is the friendliest on the pocket compared to the courses in this article, and offers a range of pricing for weekend and weekday visitors. It's good bang for your buck for a challenging 18-hole course that features high quality facilities, fabulous views, and a welcoming, modern 19th. Don't be shy, book a tee time as soon as possible.

*Make a day of it and book yourself a table at the nearby Riverhead Tavern, or stop off for a crafty brew at the Hallertau Brewery - both just down the road and worth the stop to cap off a great day out