Sports bars. I know what you're thinking; a room full of people fixated on televisions, pokie machines, and the aroma of beer-soaked carpet and roast meat. Well, being the fine-dining-pub-fusion, fitted-shirt wearing, four-by-four-in the city driving, man-bunning Aucklanders that we are, there's something a bit different about the places we call upon to watch *enter sports game here*. We took it in our stride to round up some of the best inner city locations to catch the latest game, sink a few cold ones and shoot a few laser beams with your mates. Given its location in the heart of the Viaduct, The Fox has always been a go to spot for sport watchers; even more so now that the Skysport Grill has shut its doors and turned off its excessive wall of TVs. You can be rest assured that if the sport is rugby, The Fox will be playing it. They have at least ten large screens, so you're never too far from the action. The bathrooms even come equipped with a sound feed, so there's no way of missing anything. If the game goes tits up and you're looking for an escape, there's always the rest of the Viaduct at your beck and call. The Kingslander is a timeless establishment located in the heart of (wait for it) Kingsland. It also happens to be the default pre and post-match destination for anything taking place at the neighbouring Eden Park, giving it an unparalleled buzz on game day. The indoor area has ample room and great versatility: ideal for both viewing sporting events and watching live music upstairs. There are also more TVs than beer taps. The ultimate spot is down in the main room in front of the big screen. Parnell pub The Paddington (Paddington Live to musician folk) has 12 HDMI plasmas for your viewing pleasure. Those looking to escape noisy patrons and focus squarely on the game, probably should've just stayed at home, but luckily enough The Paddington has the option of a private viewing room, complete with grandstand seating and a huge projector screen. Bookings are most definitely required. 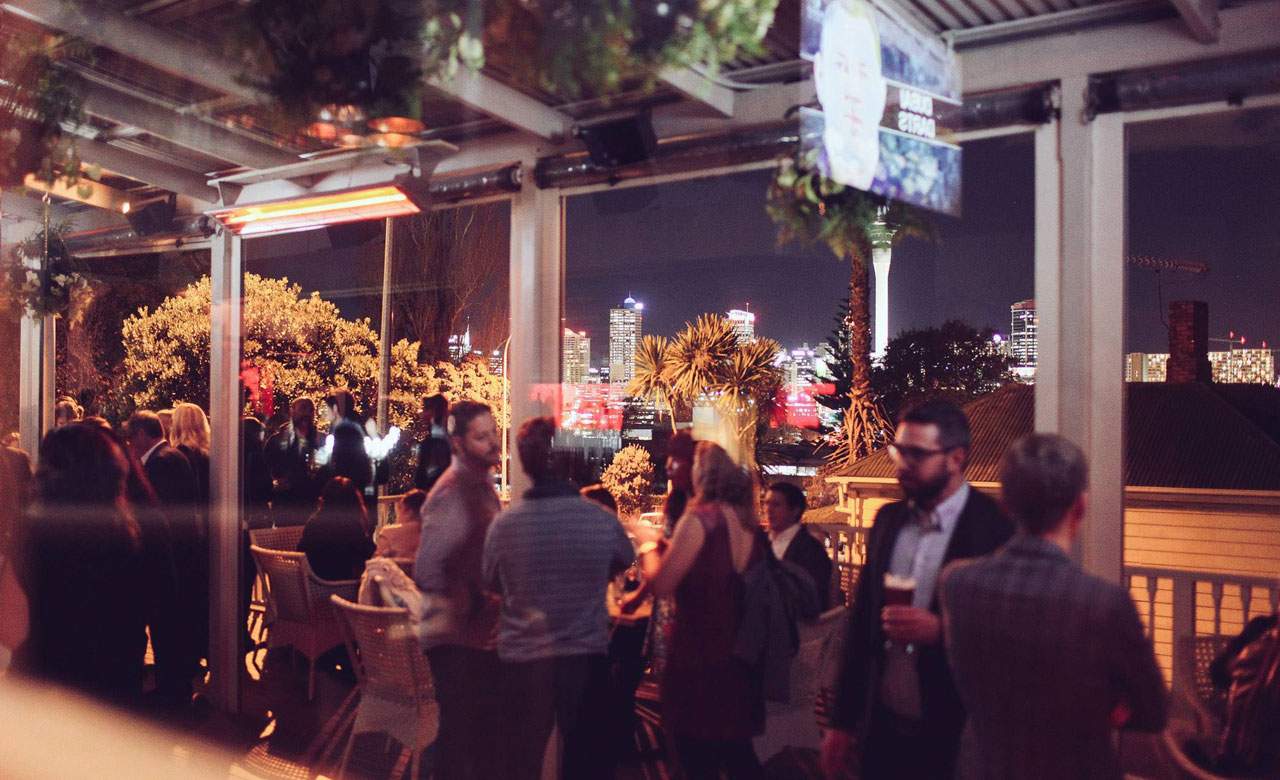 Even though Freemans Bay's Cavalier Tavern has shortened its name and now comes with the tag line "Uniquely Ponsonby," it's still remains a quality location to catch the game. With your gastropub fare in one hand and a craft beer in the other, there are plenty of areas to grab a spot in front of a screen, indoors and out. If you hang around post match, you'll witness the bar enter the late night club market. Britomart Country Club may not seem like your traditional sports bar in the outset. However, in between the shipping container masquerading as a cocktail bar, the mini golf green, and the good looking people enjoying some pre-club drinks, the slightly upmarket garden bar is a full-blown sports lover's destination. They have coverage of everything from the NBA Playoffs, the Origin and the RWC. The Kiwi-inspired menu and US-styled burger joint Better Burger will also sort out those half time munchies. The Elephant Wrestler was apparently named after a bloke who took on some of the larger mammals in the animal kingdom. Just like his trunked competition, the courtyard of the Takapuna establishment is pretty sizeable, enough so that it can fit a whole brood of sports lovers. There are a range of seating options from sit-down tables, picnic tables, bar leaners and everything in between, and in the warmer months the courtyard roof opens up, making it one big open-aired sports viewing party. One of the oldest pubs in the city has evolved from its early days of onsite boxing matches and cockfights to a pristine 21st century watering hole/sports bar hybrid. The large garden bar has several wall-mounted screens, including one in the shrubbery for some reason. Its ability to transform into an open-air bar also makes it the perfect spot to catch an afternoon game or to sink into a test match with the heat of the sun. With its house-plan layout, a letter box out the front, and homestyle pub food (that comes out of a caravan), Birkenhead gastropub The Good Home is basically just a fancier version of your own home. It's also a good place to watch the game thanks to its dedicated lounge area, complete with bookcase and TVs. A smoking ban has also been enforced around the front to encourage families to come in. Nice. The shore-core sports elite have The Patriot, an ol' English-style pub that screams sport. The difference with this one is, that instead of your average stand-up cheering match, there's a resounding popularity for enjoying a sit down meal while catching the game. But you'll have to be organised to nab one of the tables in front of the projector come major sporting events. Fort Lane's Right Track Sports Bar & Cafe is the most similar to what one would envisage as a sports bar. It has ample supporter space, straightforward food and beverages, memorabilia adorning the walls to drill home 'sport', and the ability for punters to make a sneaky wee bet. The ambience is also decent given the abundance of travellers in the area and they have well priced beer pitchers.