Six New Auckland Eateries to Look Out for in 2018

Make room in your diary for a bakery-deli mashup, casual Southeast Asian in a skyscraper and Australian craft beer.

A bakery-deli mashup from the owners of a popular Ponsonby bistro, casual Southeast Asian cuisine in a skyscraper, an Australian microbrewery over the water and something new from the former kings of the hangover breakfast sandwich, here are six forthcoming Auckland openings to sniff out this year. From the owners of celebrated Ponsonby bistro, Orphans Kitchen, comes a new bakery and deli in the old Point Chevalier bank. Daily Bread is the creation of Orphans' Tom Hishon and Josh Helm, together with 22nd generation German baker Patrick Welzenbach. The group told Paperboy (read more here) that the space will be the destination for German-style rye bread, pies, pretzels, made-to-order sandwiches with house-made condiments and sourdough made from a 600-year-old starter — something that earned Welzenbach the title of New Zealand's best bread baker last year. Coffee Supreme will provide its first organic roast, cow's milk will be available on tap and there will be beehives on the roof — initiatives to make the opening as sustainable as possible. Daily Bread will be pumping out the goods at 1210 Great North Road from tomorrow, Friday 12 January.

Ahead of cutting the ribbon on their new eatery, hospitality maestros David, Lee and Tom, of Major Sprout, Camper Coffee and Geeks On Sainsbury fame, offered the public a sneak peek of their potential dinner menu for The Candy Shop. The one-night pop-up treated guests to five courses including soju-cured salmon, beef cheek dumpling, spicy smoked pork ribs, lamb rack and popping candy pancakes. The cuisine has been given the label "Kiwi food with a twist" and will be served until late at the Newmarket opening. Coffee is also a major attraction and will see the trio roast their own blend. Find The Candy Shop down Osborne Lane in Newmarket — it's open now. Charles and Patrick Williams, the siblings behind former Grafton comfort sandwich and coffee joint, Ceremony, are in the process of opening a new venture down in Wynyard Quarter. The appropriately titled Williams Eatery is scheduled for a March opening in the new Wynyard Central Apartments and will be based around the brothers' ethos of "simplistic quality" — refined menus using specialty local produce delivered by smart, yet relaxed, service. "Sustainability is a key focus for the eatery, this will enable us to lower our carbon footprint and have a positive effect on the natural and social environments we will be working in." Hobsonville Point is currently in the process of a glowing transformation. The multi-million dollar Catalina Bay development from Willis Bond & Co will eventually take over the former RNZ Air Force airfield. As well as the popular farmer's market, the mixed-use space, which has already been touted as "the new weekend destination for Aucklanders," will include apartments, a food hall and two other dining venues. Owner-operators Luke and Melissa Shore will head Fabric, an all-day café and bistro over the water (opening Autumn 2018), while Australian craft brewery Little Creatures will launch its first New Zealand microbrewery. The Fremantle beer-makers are known for transforming old dusty spaces into majestical beer halls, so it's only natural they selected a 1500 square-metre vintage seaplane hangar for their second venture outside Australia. 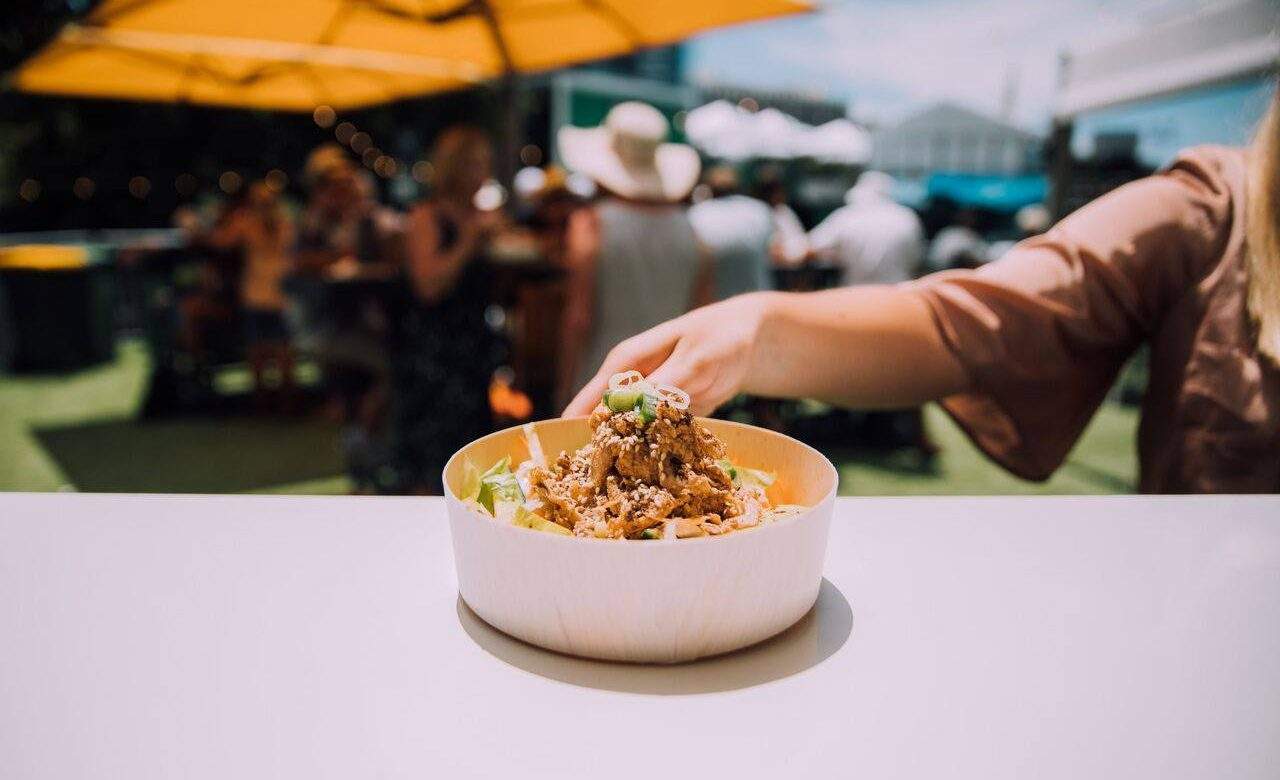 Attendees at this year's ASB Classic were treated to an early preview of SKYCITY's forthcoming restaurant, Spice Alley. The contemporary pan Asian eatery landed at tournament as a pop-up serving fish Madras curry, fiery chicken salad, bao and sticky pork ribs. When the restaurant lands in late January it will offer an array of hawker-style street food and sharing dishes spanning Southeast Asia, including heavy-hitting culinary empires like Thailand, Vietnam, India, Sri Lanka, Cambodia, Indonesia and Laos. The casual offering will be located on Level 3 in SKYCITY and will offer seating to 100 diners. Flashy new dining precinct Queen's Rise has been a long time in the making. The development that will soon inhabit the Sultan of Brunei's former headquarters at 125 Queen Street was originally pencilled to open last year. It has been touted as an all-day laneway-style dining precinct, "inspired by the best international café courts and laneway concepts found abroad."  The 900sqm space will be accessed through the heritage façade on Queen Street and at street level from Swanson Street. One tenant already confirmed to feature in the space is Potato and Me, an intriguing hybrid of breakfast bar, potato joint and watering hole. Owner Ruairi Hatrick says the establishment will sit mostly on the vegetarian side with the main contender being oven roasted chips enhanced by different salts and a selection of sides including: cheeses, pickles, savoury jams and dips. It will also offer, "cute and quality beer, wine and cocktails, and great coffee."