Dig your fork into fresh maltagliati and satisfy that carb craving with a saucy serving of lasagne.

It's that time of year when the tum won't be sated by anything less than a big, indulgent bowl of pasta. Thankfully, Auckland is not short on places to enjoy a spot of la dolce vita. Get ready to dig your fork into fresh maltagliati and satisfy that carb craving with a saucy serving of lasagne. For a bowl of pasta in a whole new realm, join the queue waiting to get a seat at Amano on Tyler Street in Britomart. This is classic/contemporary Italian at its most gorgeous — think pipe rigate with cacio e pepe (that's cheese and pepper) and bucatini with Auckland Islands scampi, saffron and chilli. Owned by the iconic Tito Cucciniello and recently relocated from a villa across the road into the old brick fire station at 1 Williamson Ave in Ponsonby, Pane e Vino is an Auckland institution offering up to 15 traditional-style Puglian-influenced pasta dishes at a time. A not very well kept secret is the lunch menu, where you can get a bowl that will leave you stuffed for just $12 — with options including classics-for-a-reason spaghetti alla bolognese, carbonara and linguine alla puttanesca. 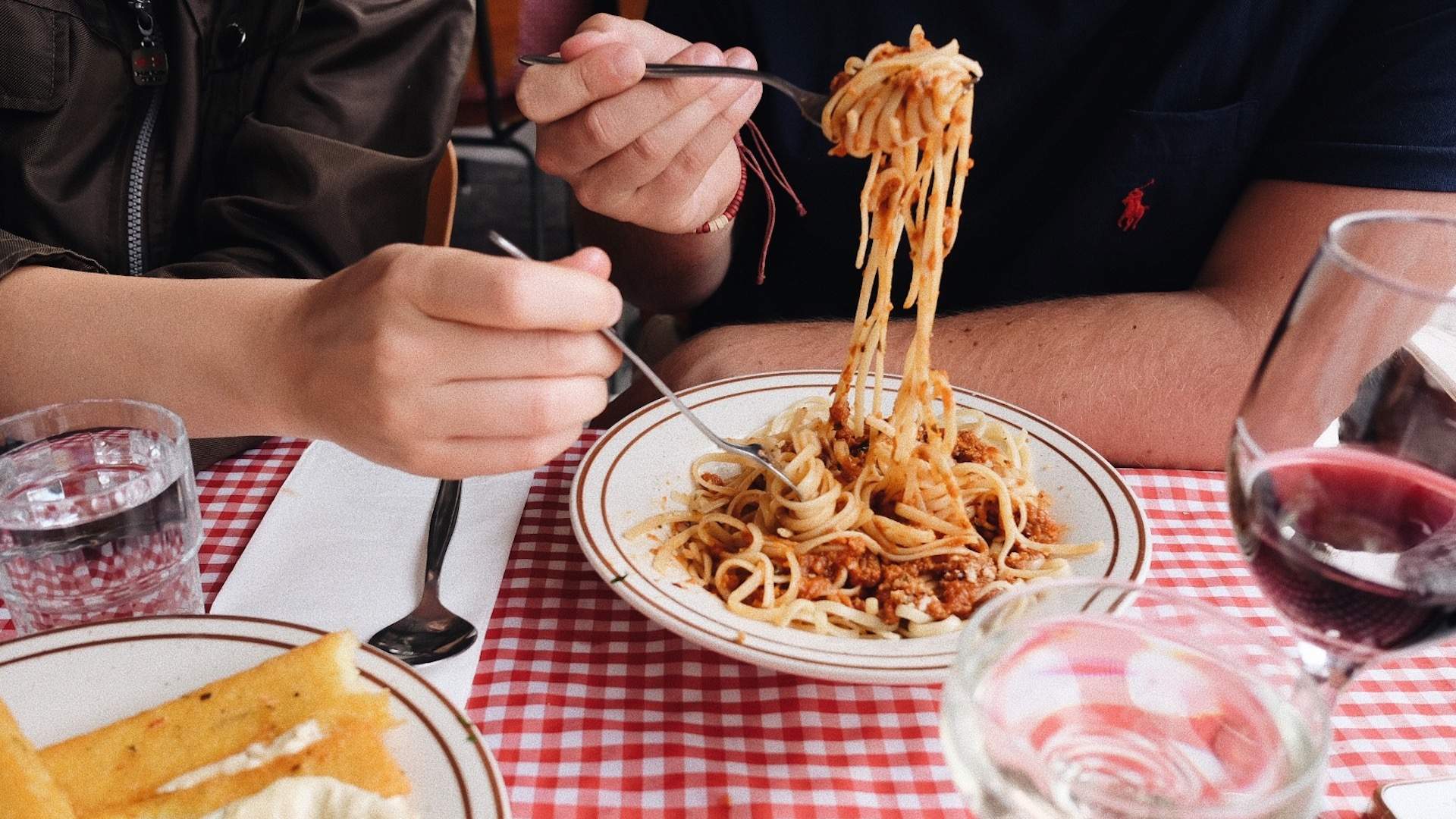 No listicle of pastas in Auckland would be complete without a mention of K' Road's Coco's, where spaghetti and meatballs is the stuff of dreams. There's always a couple of other divine pasta options on offer, but once you've been served up a couple of their big, juicy, saucy meatballs on a nest of perfectly cooked spag, you'll be an addict. Those on a tighter budget should aim to be at Coco's between 4pm and 6pm Monday through Saturday for the ever-changing $13 happy hour pasta. And if you can't be bothered leaving the house but also can't face another jar of Leggo's and packet of San Remo, Coco's recently launched an Uber Eats-only side hustle under the moniker Pronto Pasta, offering pasta bowls from $15. If you're partial to the full rowdy, happy, family-style Italian experience, Gina's is another fabled Italian eatery. Located at the top of Symonds Street, their lunch and takeaway menus offer the best offering of pasta including a heavenly slab of lasagne and penne con pollo with pan-fried chicken in a creamy garlic sauce. GUSTO AT THE GRAND, AUCKLAND CBD What originally started as a pop-up at K' Road's Six Nine has since transformed into one of the most popular spots to face plant into a big ol' bowl of pasta. Owned by John Poutney and Hayden Phiskie of Titirangi's The Refreshment Room, Cotto (Italian for 'cooked') serves up incredibly good maltagliati, ravioli, cappelletti and gnocchi, among several other dishes under the Italian banner. Baduzzi may be the word for meatball in the Sicilian dialect, but this Wynyard Quarter restaurant also serves up a mouthwatering selection of pasta. Spinach cannelloni, buttered maltagliati with duck, and pappardelle with honey meatballs lead the lineup, while daily specials have spanned from hapuna bolognese to snapper tortellini. Owned by esteemed restauranteur Michael Dearth, you can expect an all-star dining experience at this one.

Published on August 15, 2019 by Josie Steenhart