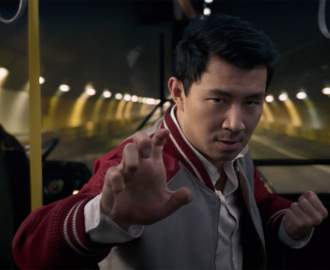 A chirpy and healthy takeaway eatery which has been well received by wellness advocates. A chirpy and healthy takeaway eatery which has been well received by wellness advocates.

For as long as the Magic Bullet and other blenders have been on noon time home shopping channels, women and men looking to trim their figures and pack their bodies with as many vitamins as humanely possible within each meal sitting, have been throwing various vegetables and fruits and protein-based food sources into blenders together.

Smoothie Bowls are the latest evolution of the smoothie craze, with articles like "Why Smoothie Bowls Are The Best Thing You Can Do With a Blender" from Health and "Food's next big trend? The smoothie bowl" from The Telegraph in early 2015 reflecting the start of a global movement. No longer were you to sip your blended superfoods through a straw, now you were to eat it with a spoon (hopefully eco-friendly). Many credited the smoothie bowl's aesthetic appeal and very Instagrammable nature for its quick rise in the food world.

Which brings us to how I found myself at a small smoothie bar named The Smoothie Bowl in Takapuna on a gloriously sunny Wednesday afternoon. The Smoothie Bowl is yet another fresh-faced smoothie bowl eatery that has popped up on Auckland's healthy eatery radar as part of this worldwide trend. The place is nice: some fake ivy hanging inside, a few bright illustrations of flowers around the place, simple but bright interiors and a couple of comfy wicker chairs outside for those who wouldn't prefer having their bowl takeaway by the beach a minute's walk away.

Having had my share of acai for the week (the smoothie bowl staple), I landed on the blueberry peanut butter protein bowl ($15) to try instead. The bowl came with blueberry, banana, peanut butter, whey protein, greek yoghurt and coconut cream blended together, with nograin-ola, coconut rusks, chopped nuts, chia seeds, some pineapple, some banana, some apple and some blueberries. It was delicious and thick and proportionally the more solid contents balanced out the thick blueberry-peanut butter slush quite well. Although the bowl was pretty tasty, it was also quite heavy and after a while once the solids had been demolished (which always inevitably happens with smoothie bowls) I did start to feel like I was eating infant formula as I finished the bowl. To be fair, this isn't a critique of The Smoothie Bowl in particular, but more of smoothie bowls in general. There are very, very few smoothie bowls which manage to get a firmer consistency that doesn't get a touch boring to eat after a while.

Nevertheless, for those already into smoothie bowls, The Smoothie Bowl is a neat addition to the booming scene. The granola and fruit quantities are generous and the service is chirpy. All in all a nice addition to Takapuna's eating scene and which has been well received by health and fitness advocates in the local area (a fact surmised by the sheer quantity of Lululemon yoga pants I saw walk in while waiting for my order).