New Zealand is home to 84 visitor-friendly eco-sanctuaries. There are rich marine islands, fenced-off peninsulas and huge urban mainland sanctuaries where you can become one with nature and encounter some of the world's rarest species. All of the land-based reserves fall in line with the country's Predator Free 2050 campaign to rid the country of damaging introduced predators that threaten our natural taonga. Here are five spots where it's not abnormal to spot flightless birdlife, endangered reptile species, multi-coloured reef fish and giant endemic bugs. Tiritiri Matangi is an island sanctuary located 30 kilometres from central Auckland in the Hauraki Gulf. It hasn't always been paradise for native wildlife. In the late 80s/early 90s volunteers planted almost 300,000 trees after 100 years of farming stripped the island of its native bush. In doing so, predators have been eradicated and a number of threatened and endangered bird and reptile species have been reintroduced. During a visit to the island you might encounter the flightless takahē, one of the world's rarest species, and the tuatara. While the island is best known for its birdlife, there are other kinds of creatures you may stumble across during an adventure, including the raukawa gecko and copper butterfly. Access is by ferry service from Auckland or private vessel. What began as a dream to protect plant and animal species has now turned into the largest pest-fenced ecosanctuary in New Zealand. The 3400 hectares and 47-kilometre-long pest-proof fence of Sanctuary Mountain Maungatautari offers a safe haven for many of New Zealand's most endangered species. Birds like kākā, hihi, tīeke, Western North Island brown kiwi, takahē, kākāriki and the kōkako are just some of the birds you are able to see and hear when visiting the sanctuary. There are also mahoenui giant wētā, geckos, tuatara, and North Island long-tailed bats present. The conservation project often described as being as close to the pre-human New Zealand environment as it's possible to find. Guided tours are available for the sanctuary's mountain track and nearby tracks and experiences. 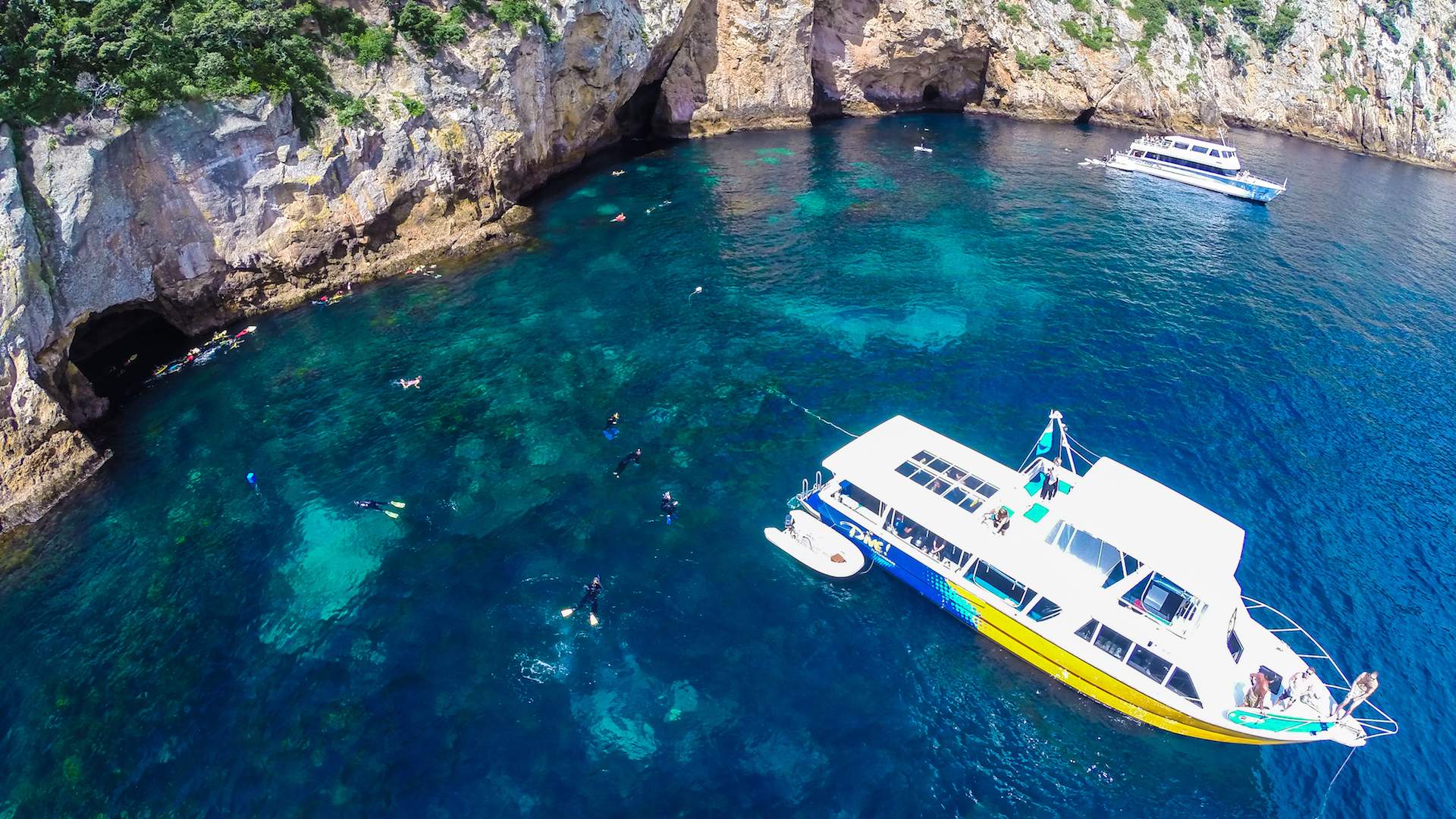 Northland's Poor Knights Islands and its underwater network of caves, cliffs and tunnels are renowned for their diving and snorkelling. Jacques Cousteau once rated the area as one of the top ten dives in the world. The sea surrounding the islands has been a marine reserve since 1981, and offer a great variety of underwater habitats to explore. From kelp forest and sponge gardens inhabited by a multitude of exotic fish, to black coral found in deeper waters and the steep cliffs that plunge up to 100 metres below sea level. Alongside a rainbow of reef fish and bottom dwellers, during the warmer months you may encounter a squadron of stingrays. A predator fence surrounds 307 hectares of this Coastal Otago forest. Twenty kilometres north of Dunedin, Orokonui Ecosanctuary is home to multiple species of native plants and animals, including many rare and endangered species. The forest can be explored via multiple tracks, on which visitors can explore old podocarp forest, spot endemic long-finned eel and tuna, and wander through grasslands to a takahē habitat. The ecosanctuary's three-hour track follows the Orokonui Stream, through a grove of tree ferns to New Zealand's tallest tree.