The Five Best Beaches for Learning to Surf Around Auckland

Whether you're a first timer or looking to brush up on the basics, nab a lesson or two at one of these popular surf beaches.

The sun is shining, the temperatures are reaching stonking highs and the word around the North Island is the water is unseasonably warm this year. If your New Year's resolution is to spend more time catching some waves, there's no better water activity than surfing to get those endorphins humming. From Auckland's chilled northern beaches to the more adventurous West Coast, there are plenty of places to catch — or at least attempt to catch — a wave.

Here are five beginner-friendly beaches and accompanying schools if you'd like to give surfing a go. The long, sandy beach of Orewa offers an open space with gentle rolling waves. It's also one of the locations Aotearoa Surf runs its all-ages lessons, which are perfect for beginners or those simply wanting to brush up on the basics. You can also hook up with them at the favoured break in Te Arai, Mangawhai and the Matakana Coast, where they offer two-hour surf lessons from $79 or private from $199. The school's Surf Sistas club is an ongoing weekly surfing program designed to help women of all ages and skill levels learn to surf and build more confidence in the water. And every Sunday they host a family surfing school, as well as running regular kids camps and afters school programs. On the West Coast of Auckland, Piha is a wild surf destination with conditions for both beginners and advanced surfers. The Piha Surf Academy is a small, locally owned family business. It prides itself on having only six surfers per instructor, which makes for a more personalised experience. All sessions include a theory aspect around beach safety, such as rips and surfing technique, to give participants confidence in the water. Along with group lessons (starting from $80), they also offer an adults progressive program and private lessons from $120. 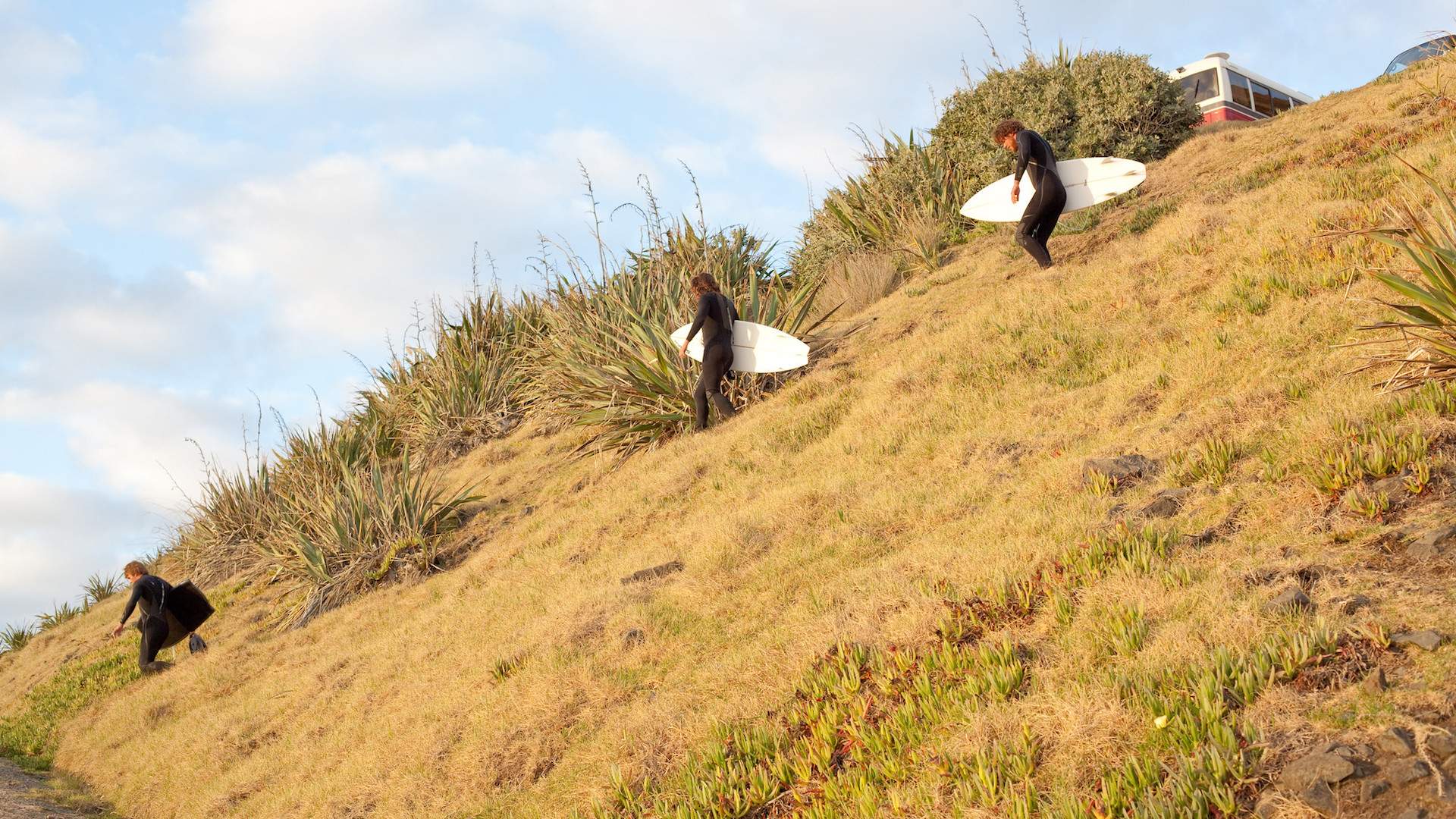 With 47 kilometres of windswept rugged coastline to choose from, you'll have no problem finding a wave to ride at Muriwai and the local surf school will help you do just that. The school is located right on the beach and runs daily lessons. As well as beginner classes, it offers a more advanced class for those who already surf but want to improve technique. The into lessons start at $70 for a two-hour group session and run twice daily throughout summer. The hire shack has over 150 surfboards and 250 wetsuits, as well as Blokarts and other beach toys. Next time you find yourself on the stunning Matakana Coast, head to Omaha. Offering long slow-rolling rides, the popular beach is good for all levels of surfers. Saltwater Eco runs beginners or advanced lessons at Omaha and Pakiri depending on the tides and weather. The company's tagline of 'surf, snorkel, sustain' ties in with its ethos of choosing to minimise waste, change behaviours and get the community involved in environmental projects. Another option for the Matakana coast is the remote peninsula of Tawharanui Regional Park, which boasts some of the Auckland region's most beautiful white sand beaches, rolling pastures, native coastal forest and regenerating wetlands. The New Zealand Surf Academy is the only surf school to operate at Tawharanui. It runs beginners weekend lessons between October to May, starting from $80 for two hours. For the more advanced surfers, the academy runs Progressive Surf Clinics, specifically created for intermediate surfers. It also holds surf safety days, camps and tours.