A Guide to Eating and Drinking on Waiheke Island

Food nirvana is just a ferry ride away.

It may only be a 30-minute ferry ride from central Auckland, but Waiheke Island feels like a world away from the bustle of the big smoke with its carefree way of life and friendly inhabitants. And, thanks to its very own micro-climate, the island is on average two degrees warmer and receives less rain than the mainland — perfect for a weekend/mid-week getaway, though not so good for the locals who live off collected rain water.

Despite its size, Waiheke has a great reputation for good food and drink. Fresh local produce is in regular use and relaxed attitudes result in plated wonders without the pretension. There are also close to 30 wineries on the island — hence the title "Island of Wine".

We sought out to collate a detailed list of some of the popular and lesser known dining destinations on Waiheke. Island time commence. Casita Miro is (just quietly) one of the best restaurants on Waiheke, though thanks to some booming word of mouth and glorious online attention, it's no longer a secret and you'll need to book.

The glasshouse-like structure is located on the 20-odd year-old Miro vinyard owned by Cat Vosper and Barnett Bond. Inside, a combination of tables in close proximity, encouragement to use your fingers, genuine staff members and the island's free-and-easy attitudes towards drinking, result in a social atmosphere like no other. It's noisy yet elegant.

The outdoor area also runs with the Spanish theme, featuring an evolving mosaic inspired by Gaudi's infamous Parc Guell, not too mention views out across the Gulf. Off the beaten track, via a windy drive through the hills and down a narrow dirt road, you'll find award-winning Italian eatery Poderi Crisci — and a setting that gives way to immediate comparisons of the Tuscan countryside. The restaurant/vineyard is owned by Antonio Crisci, the founding father of metre-long pizza makers Toto's and the Parnell institution Non Solo Pizza, a regular contender for the best Italian in the city.

As well as serving a rustic Italian a la carte menu, that on paper will induce uncontrollable mouth juices, the kitchen offers a degustation option, a menu under the guidance of the chef, and an extremely popular Sunday long lunch — which is spread across four-and-a-half-hours.

Being on Waiheke and the owners of ample space, it's only natural that Poderi dabble in wine making as well. The Pinot Gringo (a lighter Pinot Gris) is a favourite, while the house-made limoncello packs a weighty punch for a post meal digestif. Away from the tourist trap wineries of the island, you'll find Te Motu and The Shed. Up the lengthly driveway and past big brother winery Stonyridge, you'll be presented with a shed that has quite literally been transformed into a five-star restaurant. Despite a first-class rating, it has a no frills environment that allows the kitchen do most of the talking.

The menu, created by proprietor and award-winning chef Bronwen Laight, is made up of a selection of small and large plates which are both great for sharing. You'll come across things you've never heard of before, but the wait staff are well versed and will take good care of you.

With an extremely good reputation, prices are at the upper end of the spectrum, particularly in the wine department. To run apace with its lavish indoor sibling, go-to winery Cable Bay has introduced a new outdoor kitchen. The main attribute of The Verandah is its carefree menu. A wood-fired oven allows the kitchen to whip out smoke-tinged pizzas and sharing plates that retain the presentation and sophisticated flavours of The Dining Room, without the price tag.

The remainder of the menu is made up of fresh salads and seafood, cured meat and local cheeses, with the dessert list spearheaded by intriguing house-made ice-cream and macarons.

All that plus there's far-reaching views of the Hauraki Gulf, fine wine, comfortable seating and its only a short trip to and from the ferry terminal. Perched on a hill on Waiheke Island, Mudbrick Winery has always been known as the perfect restaurant getaway for a sneaky proposal, wedding, or as we discovered, the ideal location for birthday celebrating, helicopter owning, sixteen-year-olds. It's also a good one to try if you'd like a miniature escape with dazzling views, great wine and delicious food. With a large balcony typically heaving with customers, the Oyster Inn has a roadside allure that draws you upstairs even if you're not in the business of having lunch — which could actually pan out for the best seeing it also happens to quadruple as a restaurant, boutique hotel, retail shop and gig venue.

While we can't vouch for the last three, the restaurant is highly pleasant. A table outside on the balcony is the quintessential dining or drinking position to take in views over Oneroa village and the beach, and make the most of their refreshing drinks list and predominantly seafood-led menu.

You'll find everything from whitebait sandwiches, swordfish ceviche, king salmon, and local gurnard to the Inn's namesake in four varieties. If you're in the mood for something more land orientated, the slow-cooked lamb ribs are the ultimate show stopper and will see you mop up the creamy sauce until the final drop. Wild On Waiheke bodes well as a relaxed eating and drinking destination compared to some of the more upmarket wineries around the island.

A spot on the grass, on one of the scattered bean bags or tables, is the ultimate sunny afternoon destination. Though be aware, a spot will be as rare as hens teeth once the buses arrive and the sun hits its zenith.

As well as making their own wine, WoW pump out their own brand of craft beer thanks to a microbrewery can be found nestled between the vines. The pizzas are perfect for sharing between two, the burgers are mammoth, the tacos are giant, and there's a caeser salad the size of a head.

Boredom is also an unlikely factor with petanque, giant chess, archery and electronic skeet shooting at arm's reach around the property. 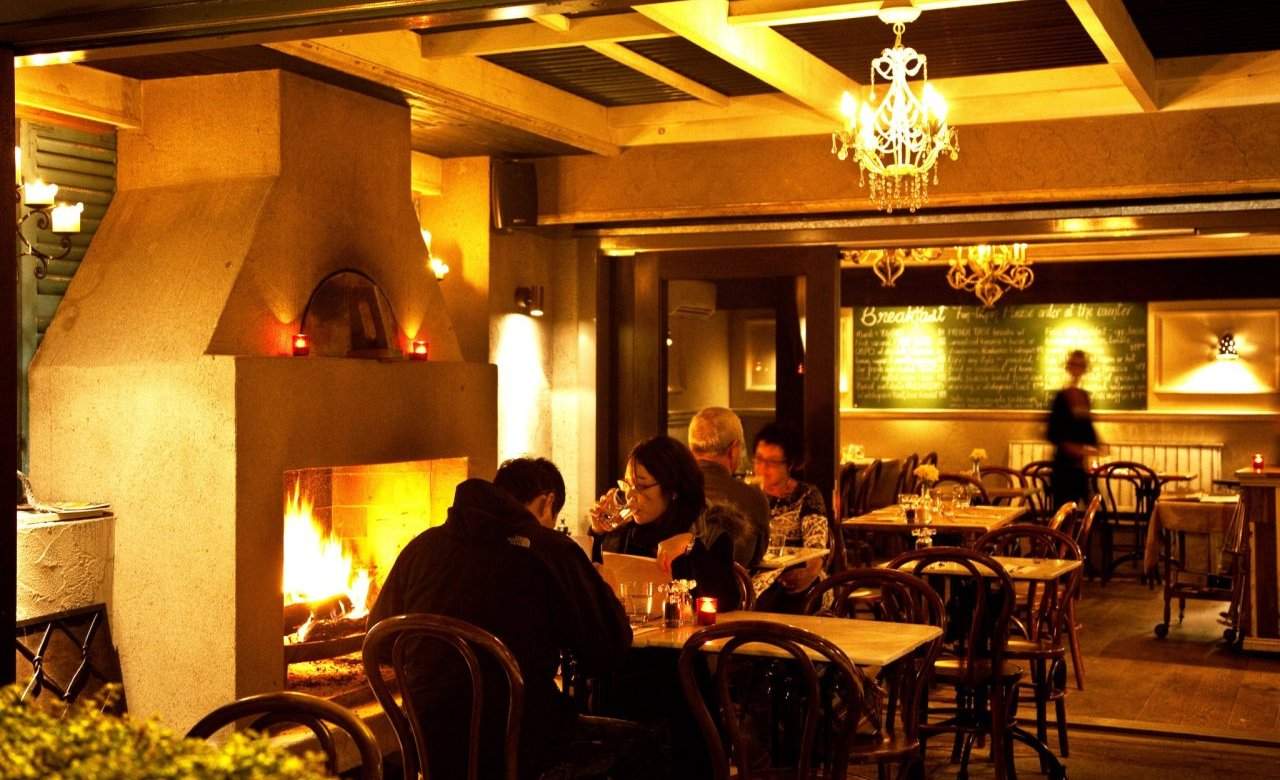 With its view blocked by the Four Square across the road, Fenice (pronounced feh-knee-chee) probably wouldn't be the first port of call for those on a staycation and looking to eat down the main strip. However, the Italian eatery certainly stands up to its island brothers and sisters by ticking the all-important boxes of: honest ingredients and maximum flavour.

If you'd prefer not to leave the comfort of your island getaway, or are perhaps running late for the ferry, all of the pizzas and pastas are available for takeaway, too. 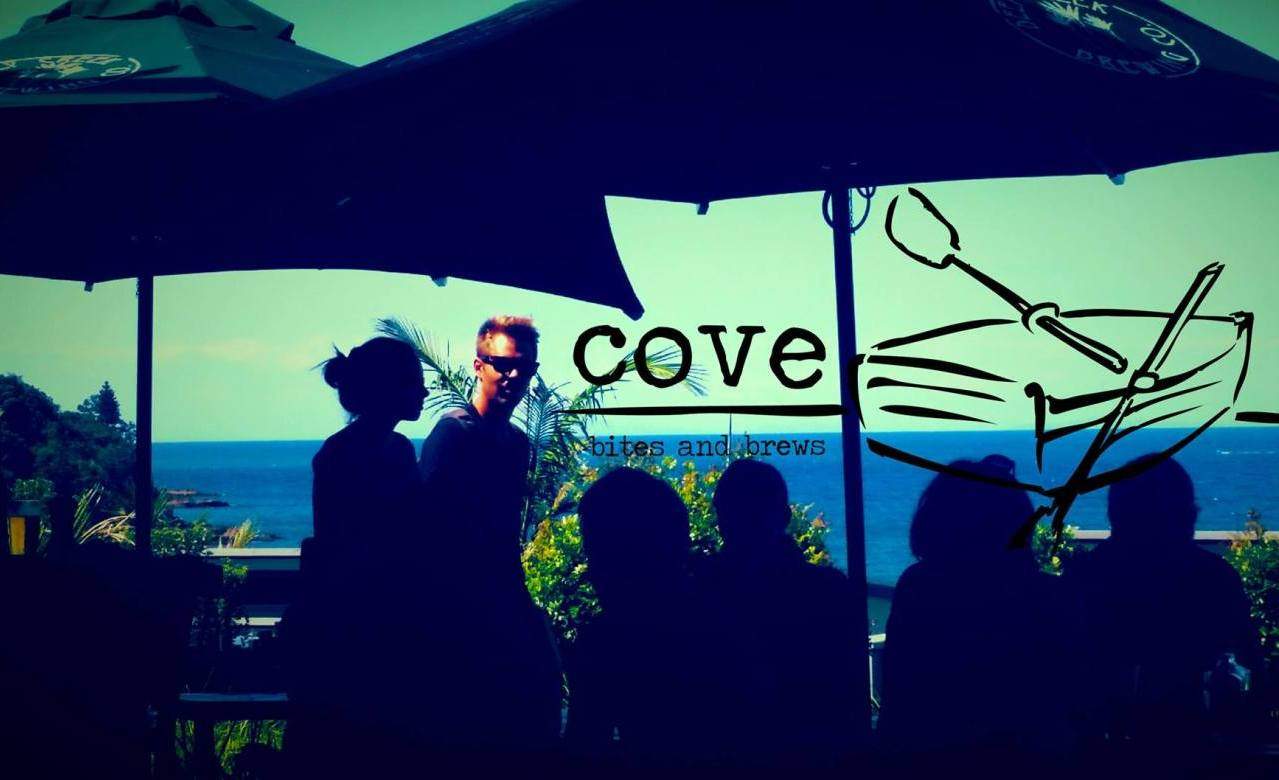 Cove Bites & Brews was brought to Waiheke by the same folks that run Deep Creek Brewery in Brown's Bay and Orewa. Just like its mainland siblings, the Cove continues the trend of a casual, craft environment with goldmine views. In this instance, the bar/restaurant capitalises on the pristine coastal outlook available from the island's main village, Oneroa.

While the beer list is mostly made up of the house-made varietals — pale ale, IPA, red ale, pilsner — the establishment's wine list utilises a good amount of the wineries readily available on the island; the main contenders being Man O War, Obsidian, Passage Rock and Miro vineyards.

The menu is a near carbon copy of the onshore brood and boasts straight-arrow bar snacks as well as generously portioned mains. We suggest trying one of the tasting platters. 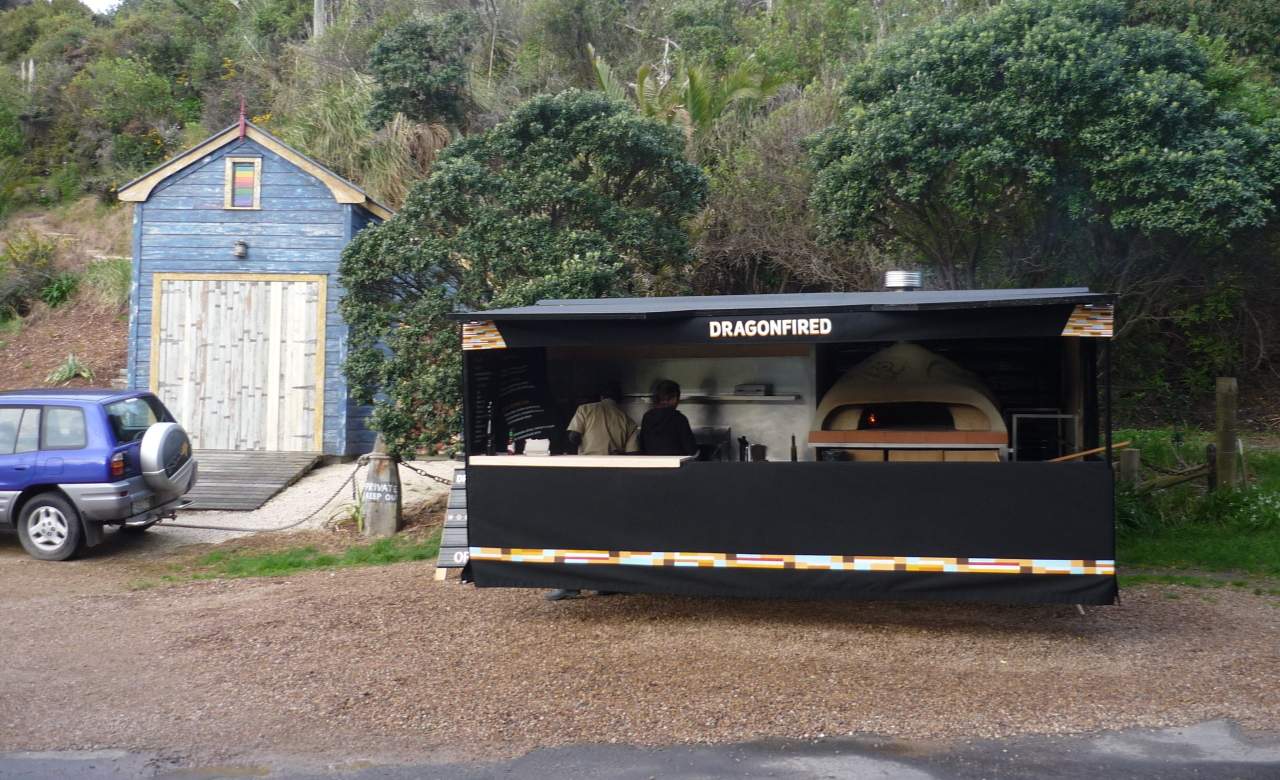 Dragonfired is a small black food trailer that spends most of its time sitting in the carpark at Little Oneroa beach on Waiheke Island. Providing wood-fired street food, Dragonfired encounters a rather bustling trade throughout summer and is widely thought of as the best takeaway spot on the island.

The operation is run by Bevan Kaan, who at one time was Auckland's most highly regarded macrobiotic chefs. He sources wholesome local ingredients wherever possible, and the pizza bases are completely organic.

Their pizzas, calzones and pocket breads are best enjoyed right there on the beach, with good company and a cheeky bottle of island red. On arrival to The Local in Oneroa Village you'll likely be greeted by the fish and chip shop's resident cockatoo, Bobbi.

Inside, the menu is straightforward chippy, with a touch of extra class thanks to the use of locally sourced ingredients — notably salad grown by the aptly named Nikki Green, Rangihoua Olive Oil, and burger buns from Waiheke's beloved Ringawera bakery. Grab one of the huge fish burgers and kick back to enjoy the pristine view of Oneroa Beach.