One of the world's most stylish hotel chains has finally opened its doors Down Under, ready for sleek-as-hell winter getaways across the ditch. Ace Hotel has built itself up a cult following since opening in 1999, with the boutique chain going for a luxe-vintage vibe — and now, after announcing its first Australian site back in 2019, dropping a sneak peek in 2021, and revealing its food and drink lineup earlier this year, the brand's 18-storey Sydney outpost is open for business. Decor-wise, think minimalist designs, warm and earthy tones, and cues aplenty taken from the Australian landscape. Standout touches include an ochre-red marble staircase reaching up from the lobby, burnt orange and tan hues in the ground-floor sunken lounge and a heap of greenery. 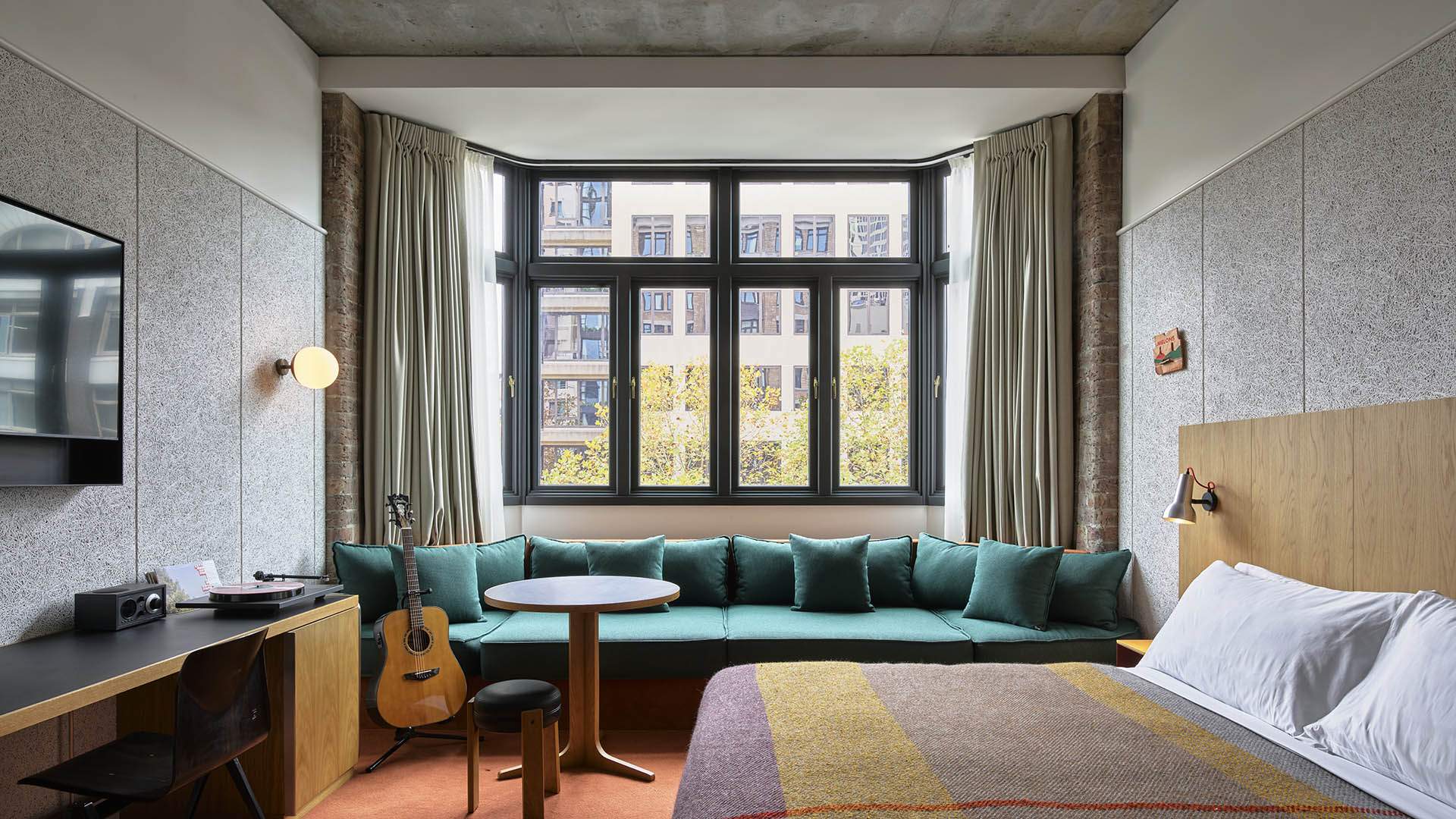 Obviously, staying in impressive surroundings is the main drawcard — and the cosy yet chic rooms here fit the bill. There are 257 of them, with some allowing pets. Among the features: custom lighting, furniture and fixtures; an in-room vinyl collection curated by Efficient Space's Michael Kucyk; Deiji Studios robes; and minibars packed with wares from local providers.