A huge 1908 entries were submitted for the the 2022 Archibald, Wynne and Sulman prizes. From that hefty number, 52 works were shortlisted for the Archibald, 34 for the Wynne and 29 for the Sulman. But only one artwork in each category can be named the winner of these three prestigious Australian art awards each year — and the Art Gallery of New South Wales, the prizes' hosts, has just unveiled the 2022 recipients today, Friday, May 13.

All three decisions were unanimous, and they provide an impressive snapshot of the Aussie art scene right now. Taking the big gong, the Archibald Prize — which is Australia's most prestigious portrait award, has now reached its 101st year and hands out $100,000 to its annual winner — is Blak Douglas' Moby Dickens. The painting depicts Wiradjuri artist Karla Dickens, who lives on Bundjalung Country in Lismore, and is designed as a metaphor for northern NSW town's floods earlier in 2022. And yes, the title references Moby Dick.

"I'm making up for lost ground in the failure to memorialise First Nations people," he said, accepting the 2022 award. 'In the past I've considered each entry to the Archibald Prize a memorial to that individual and that's why I only paint First Nations people."

Measuring three metres by two metres, Moby Dickens stands out in another way, too: it's the largest Archibald painting in this year's exhibition. Also picking up some love from the Archibald's judges: Jude Rae, who was highly commended for The big switch, a portrait of scientist, engineer and inventor Dr Saul Griffith.

For the Sir John Sulman Prize, 491 works were submitted, with Claire Healy and Sean Cordeiro winning for Raiko and Shuten-dōji. The first collaborative duo to do so to win the award — which is presented to the best mural, subject or genre painting — they nabbed the prize for their rendering of the battle between the warrior and the demon that gives the colourful piece its title. With the Wynne Prize — which recognises the best landscape painting of Australian scenery, or figure sculpture — Nicholas Harding emerged victorious from 601 entries with painting Eora. The artist has a long history with the awards, being shortlisted for the Wynne nine times, and also for the Archibald 19 times, including winning the latter in 2001.

Two artists were highly commended among the Wynne Prize finalists, too: Lucy Culliton for painting Mooresprings, a good season, and Juz Kitson for sculpture An unwavering truth. She walks in beauty, of the night and all that's best of dark and bright. In memory of the wildfires. 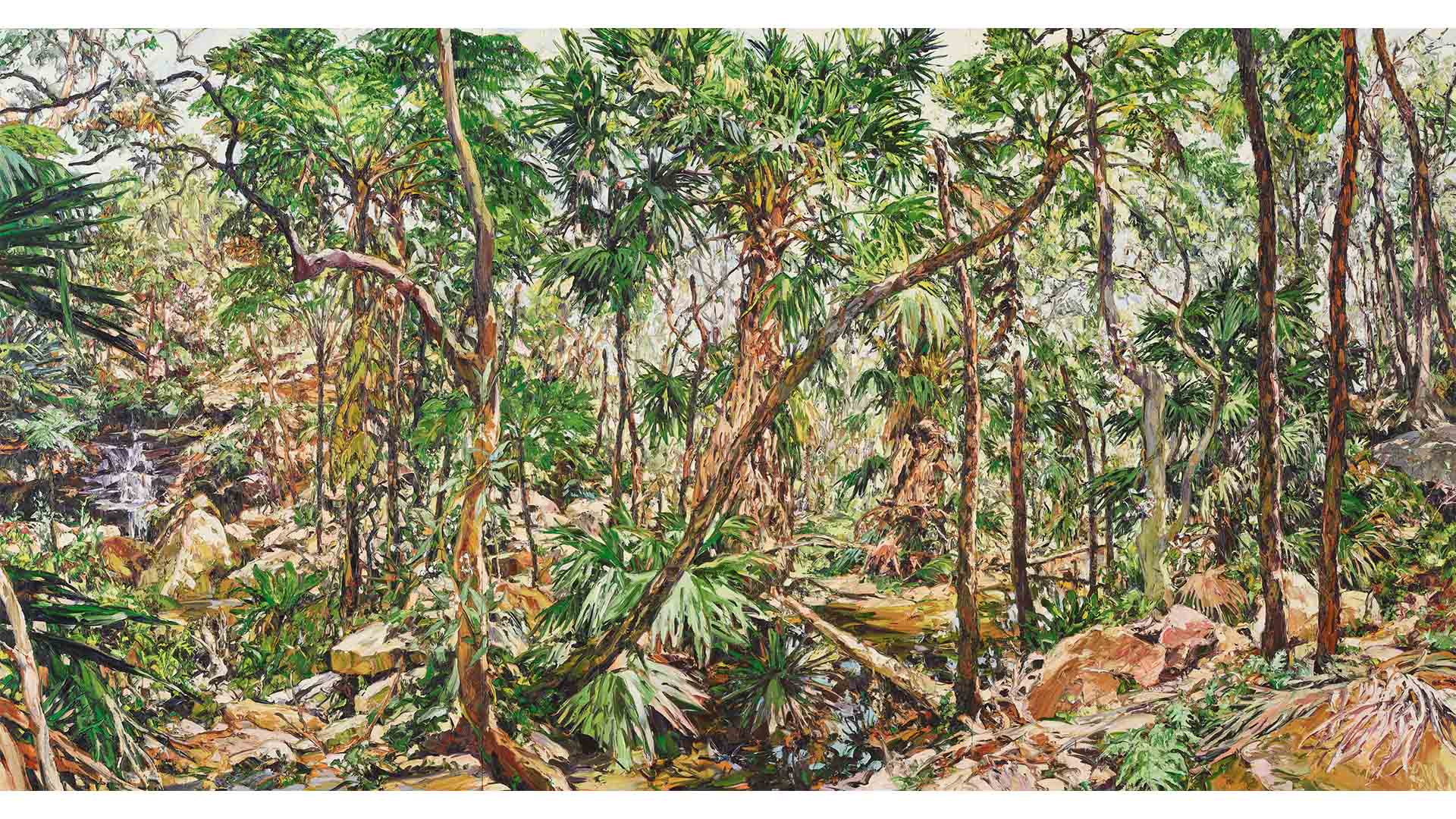 Also a winner, but announced last week, on Thursday, May 5: Sydney-based artist Claus Stangl, who picked up this year's Packing Room Prize. He won for a portrait of the one and only Taika Waititi, because there really is nothing that the Hunt for the Wilderpeople and Thor: Ragnarok filmmaker can't do.

The winning portraits and finalists will now be on display at Sydney's Art Gallery of NSW from Saturday, May 14, up until Sunday, August 28. If you don't agree with the judges, you can cast your own vote for People's Choice, which will be announced on Wednesday, July 27.