Its huge new permanent — and free — exhibition sprawls across 1600 square metres, and there's a new gift shop and eatery, too.

Two years after closing to the public back in early 2019 — and three years after first announcing it was undergoing a big makeover — Melbourne's Australian Centre for the Moving Image is set to reopen its doors on Thursday, February 11. And, when  film and television lovers step back inside its Federation Square building, they'll notice plenty of changes. If you're going to shut down to undertake extensive $40 million renovations, you want people to see it, after all.

Details have been announced over the past couple of years; however, that doesn't make the revamp any less impressive. So, visitors can expect revamped exhibition spaces, new immersive experiences and added interactive activations, including a permanent ode to Mad Max. And, the venue definitely looks different, all thanks to Melbourne architects BKK and experience design firm Publicis Sapient/Second Story.

Also part of the makeover: the Lens, a handheld device made out of compressed cardboard that you use while physically moseying through ACMI's galleries, and tap at around 200 different touchpoints to collect objects of interest as you wander. You then take it home with you, and whip it out again to check out all the items you've collected — even after you've left the museum. 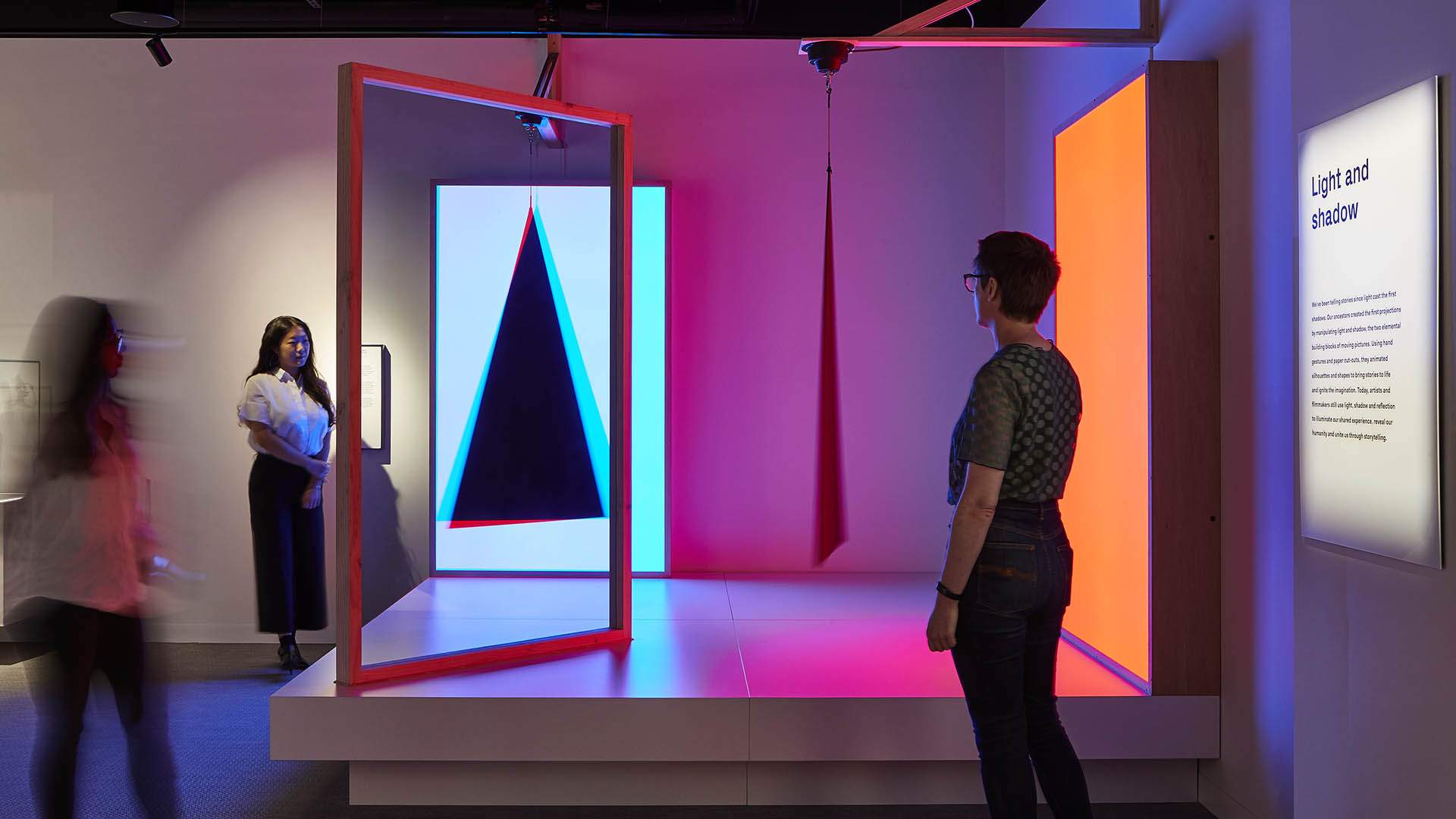 One of the things you'll want to use the Lens on is ACMI's huge — and free, and permanent — The Story of the Moving Image exhibition, which has an online component and also physically sprawls across 1600 square metres. It's all about the past, present and future of screen culture in all of its forms, including optical illusions, the first projected images, and the ways in which cinema, TV and games have evolved over the past century.

ACMI has also spent big on commissioning new work — to the tune of $880,000, which has gone towards 15 projects. Seventy percent are by First Nations artists, and 60 percent feature women in a lead creative role. Visitors will be able to see one, from Gabriella Hirst, during the venue's first solo exhibition after reopening. Called Darling Darling, the video work finds commonalities between the efforts to preserve colonial paintings of the Australian landscape and the real-world preservation of the Murray Darling Basin. The site's two cinemas are also restarting their screening program, beginning with Love & Neon: The Cinema of Wong Kar Wai, a season dedicated to the acclaimed director. And, its curated streaming service, which launched in 2020, is still up and running as well.

Other big new ACMI highlights include the Blackmagic Design Media Preservation Lab, which is dedicated to preserving Australia's analogue past and also ensuring that the country's digital present remains accessible — and the high-tech Gandel Digital Future Labs, which are aimed at fostering young creatives.

There's also a retail space that boasts decor as vivid as the film and TV-focused items on sale, plus a new dining space called Hero. The latter is a collaboration with Melbourne chef Karen Martini and new venture HospitalityM, takes inspiration from Jacques Tati's 1967 film PlayTime, and serves bites to eat and casual drinks all day. HospitalityM will also run a coffee cart on Flinders Street, and sell cinema snacks.

The Australian Centre for the Moving Image reopens its doors on Thursday, February 11, at Federation Square, Flinders Street, Melbourne.