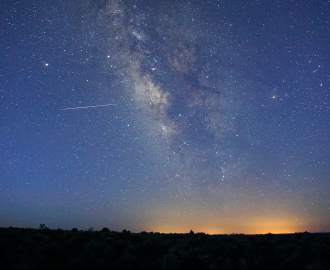 George RR Martin's fantasy world will live on in the theatre, with a stage production now in development.

You've read the books, watched the TV series and seen the concert experience. You're looking forward to all of the television spinoffs that are currently in the works and, once international travel resumes, you're keen to take a tour of its sets, costumes and props. Now, Game of Thrones fans, you can add something else to your list: watching George RR Martin's fantasy world on the stage.

Yes, Westeros is heading to the theatre, thanks to a new stage adaptation that'll be set at an important moment in the history of the series. And, with a 2023 target premiere date and seasons on Broadway, in the West End and in Australia mooted, it's set to arrive sooner than you might've expected — and closer to home, too.

Martin is involved, working alongside playwright Duncan Macmillan (Lungs, Every Brilliant Thing, 1984), who'll be adapting the author's works and writing the play. Overseeing the production is director Dominic Cooke (On Chesil Beach, The Courier), while Simon Painter and Tim Lawson (The Illusionists) are producing the show.

If you're wondering exactly what the as yet unnamed theatre production will cover, few details have been revealed — but, unlike Jon Snow, we do know something. Familiar and well-known characters will definitely feature, as will a story centred around "love, vengeance, madness and the dangers of dealing in prophecy, in the process revealing secrets and lies that have only been hinted at until now" according to the press release announcing the play.

Martin himself has offered further information. "The seeds of war are often planted in times of peace. Few in Westeros knew the carnage to come when highborn and smallfolk alike gathered at Harrenhal to watch the finest knights of the realm compete in a great tourney, during the Year of the False Spring," he explained. "It is a tourney oft referred during HBO's Game of Thrones, and in my novels, A Song of Ice and Fire... and now, at last, we can tell the whole story... on the stage." Obviously, it's far too early for cast announcements — so just who'll be bringing these dramas to life, and whether any of the TV show's cast members will be involved, is yet to be revealed. If you're wondering whether there'll be dragons, White Walkers or direwolves, that's also yet to be unveiled.

Exactly when in 2023 the play will debut also hasn't been advised as yet, or details of the proposed US, UK and Australian seasons.

But, thanks to all of those television prequels and spinoffs set to hit the small screen and now this theatre production, you can safely expect to spend plenty more time in Westeros over the coming years.

The as yet unnamed Game of Thrones stage production is set to premiere in 2023, with producers aiming for seasons on Broadway, in the West End and in Australia to start. We'll keep you updated when more information comes to hand.