A floating installation of bees, a huge pop-up stage in Barangaroo (with all tickets just $25), an homage to George Michael and a vigil — this year's program is packed and diverse.

From the CBD to the west, Sydney Festival will take over the city yet again this January, with over 130 art, music, theatre, comedy and cultural events happening across three weeks, between Wednesday, January 6 and Tuesday, January 26. Get your calendar ready, it's going to be a busy 21 days.

Things will look a little different from previous years, with all 2021 events adhering to COVID-19 safety guidelines, including capacity limits and social-distancing regulations. The festival, however, is a big step for the city's culture and nightlife, marking a slow return to normality.

2021 will be the festival's last year under the helm of Artistic Director Wesley Enoch, with Olivia Ansell taking over in 2022. Due to border closures, Enoch has had to craft an Australian-only program, calling on the best established and up-and-coming talent the country has to offer. 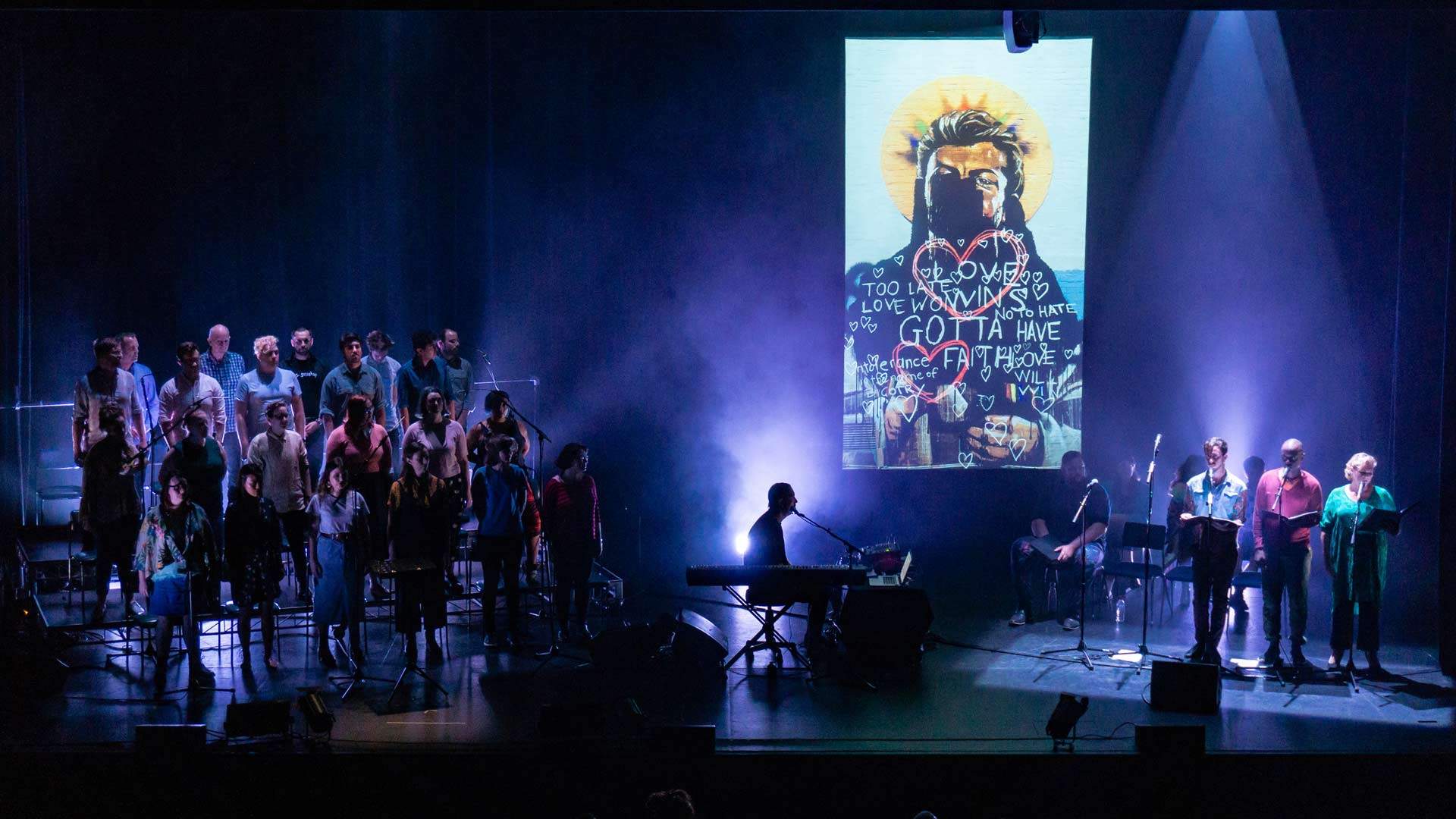 'The Rise and Fall of Saint George' by Peter Rubie

Highlights of the newly announced program include a pop-up stage at Barangaroo; the telling of Evonne Goolagong's life story, which will see Sydney Town Hall transformed into a tennis court; an installation of large floating bees around Vaucluse House called Hive Mind; an homage to musical legend George Michael starring Paul Mac; and the return of the festival's Blak Out program, promoting and uplifting First Nations voices and storytelling throughout the festival.

The Barangaroo pop-up titled The Headland, will see a 32-metre-wide stage, larger than both the Capitol and Sydney Lyric, constructed in front of Sydney Harbour. The stage will operate over 16 nights, playing host to performers and musicians such as the Bangarra Dance Company, Sydney Symphony and Paul Mac, all for just $25 a ticket.

Taking to smaller stages across the city, including The Lansdowne, Factory Theatre and Tokyo Sing Song, will be a whole bunch of Australian favourites including Christine Anu, Urthboy, E^ST, Alice Ivy and Emily Wurramara. 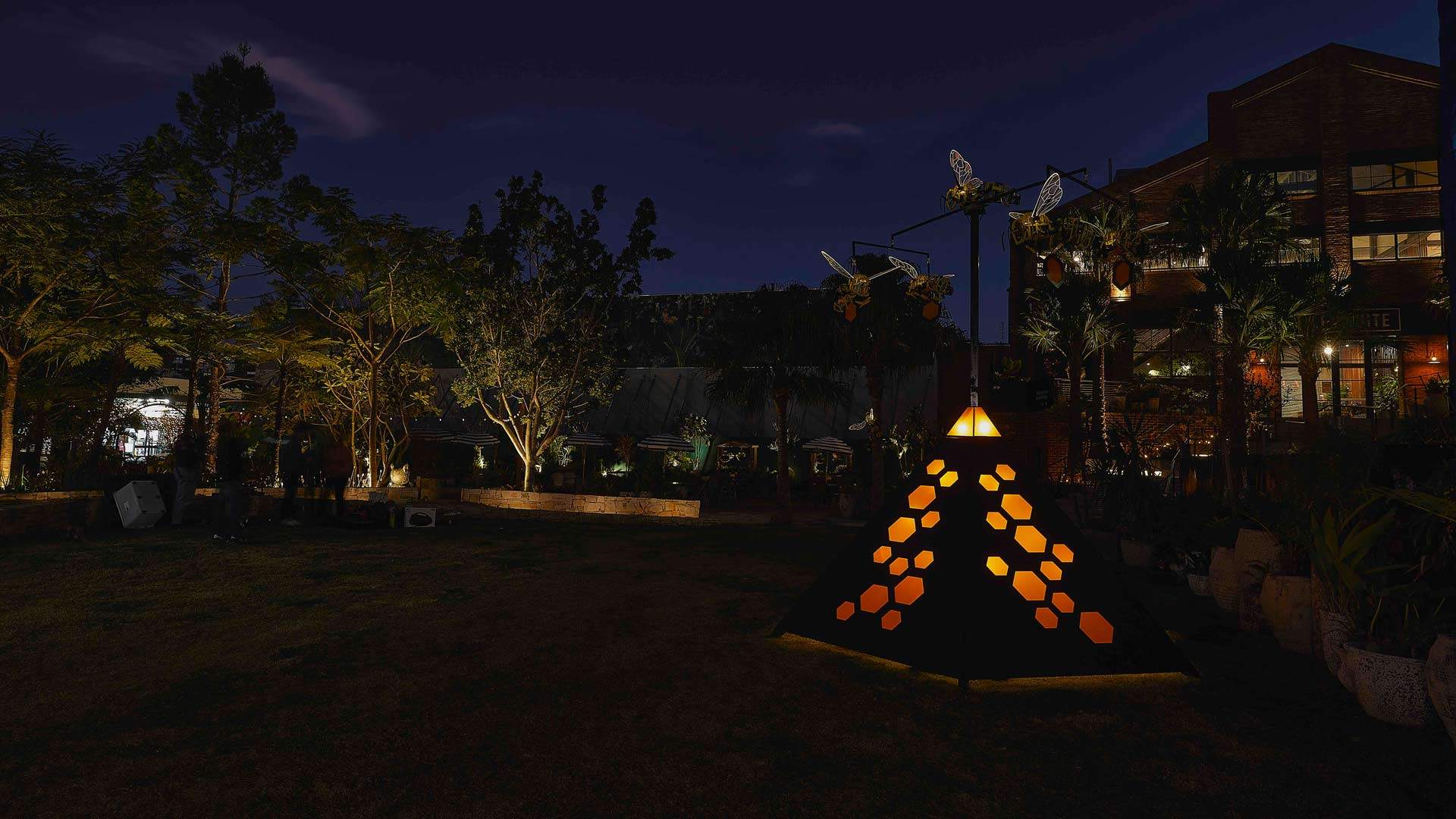 Alongside the giant bees taking residence in Vaucluse, visual art will consume the city, with exhibitions at the Art Gallery of New South Wales, the Museum of Contemporary Art and outside Customs House, Circular Quay, where a new large-scale immersive experience from audio-visual artist Matthias Schack-Arnott will be set up for the public to interact with.

The festival will also see the return of long-running favourites, such as Parramatta Park's Sydney Symphony Under the Stars and Barangaroo's The Vigil on Australia Day eve.

Sydney Festival 2021 runs from January 6–26 at venues across the city. For further details and to buy tickets, visit the Sydney Festival website. Tickets are on sale now.

Top image: The Headland stage and 'Sydney Symphony Under the Stars' by Victor Frankowski