Everything You Need to Know About Melbourne's Solar Phenomenon Melbhenge

It happens twice a year when the sun rises or sets in perfect alignment with the CBD grid — here's where and how to see it.

Twice a year, in February and November, a striking phenomenon descends over Melbourne. As the sun rises or sets in perfect alignment with the east-west corridors of the CBD grid, its glowing orb moves neatly in between the skyscrapers to create a rare spectacle that's been dubbed Melbhenge.

We chatted to Sara Webb, Postdoctoral Researcher in Astrophysics at Swinburne University of Technology, to learn how it all works.

"What people sometimes don't realise is that the sun doesn't always set directly in the east and in the west — it actually changes throughout the year and that's because our earth is on a slight tilt," explains Webb. "So it's constantly setting in a slightly different position every day of the year."

Throw in an east-to-west city grid like that of Melbourne's CBD and you've got the perfect angles and conditions to create an annual sunset spectacular.

"Because we do have the Hoddle Grid, that's pretty much the whole length of the CBD you can see down. There are two times a year when the sun lines up perfectly with that position," she says.

For those playing along at home, the sunrise alignment occurs every February, while the sunset version happens in early November. 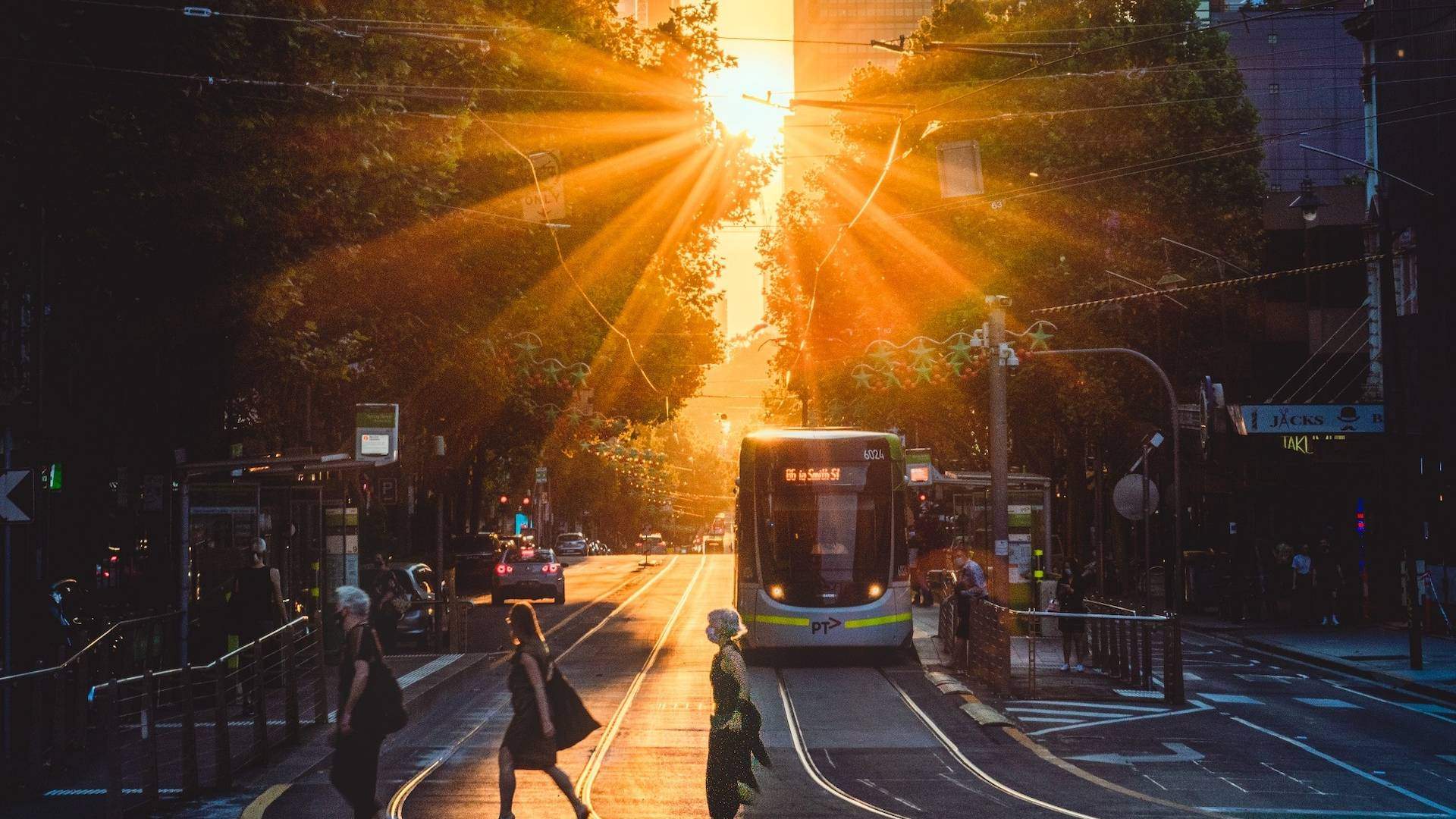 Melbhenge is next set to grace us with its presence on November 2, 3 and 4 this year, when the sun sets at around 7.55pm at the exact angle of 250 degrees and ends up being framed perfectly by the CBD buildings.

To cop the best possible view, nab yourself a spot looking west along the likes of Bourke, Lonsdale and Collins Streets. Hot tip: the steps of Parliament House are a favourite for photographers looking to capture the moment on film.

You've probably heard of a similar 'henge' effect happening in other similarly laid-out cities, like New York's famed Manhattanhenge. And of course, there's the OG Stonehenge in Wiltshire, England, which was built around 2500BC to align exactly with the sunrise on the summer solstice.

But as it turns out, Melbhenge might not be the first and only of its kind in Victoria. "[Indigenous Australians] actually had what we think was some type of 'henge', made out of these stone structures, where the equinox hit in a specific section — so with the winter and the summer solstice," explains Webb. Known as Wurdi Youang, the egg-shaped stone arrangement is located at Mount Rothwell near Little River, and is thought to be anywhere between 200 and 20,000 years old. Yep — it could be even older than Stonehenge itself.

Melbhenge is visible at sunset from November 2 to 4, with one of those days set to be more perfectly aligned than the other two. You'll be able to catch it at sunrise in early February next year, too.