Come 2026, Australia will score its third hotel from the lavish chain — following the existing Perth site and Melbourne's soon-to-open outpost.

A 275-square-metre hotel suite is bigger than the average new Australian home — and Australia builds larger-than-average new homes — let alone a standard apartment. Splash some cash to stay on the Gold Coast from 2026 onwards, and that massive space could be yours for a night or several. Its home: the Glitter Strip's just-announced new Ritz-Carlton hotel, which will join a $480-million waterfront development at Mariner's Cove in Main Beach.

If that expansive — and clearly pricey — suite won't fit your budget, the swanky spot will feature 149 other rooms, plus a range of eating, drinking and hangout options. Expect to still treat yo'self cost-wise, however. A signature restaurant will serve bites to eat, as will a cafe, while there'll be three bars: a lobby lounge, a destination bar and a poolside bar. Speaking of swims, the Gold Coast's Ritz-Carlton will boast an outdoor rooftop pool, too, so just think of the views while you're taking a dip. Boasting the signature Ritz-Carlton Spa for pampering sessions, too, plus a 512-square-metre ballroom for functions and parties, the Mariner's Cove site will mark the hotel chain's third in Australian when it opens. At present, it operates in Perth, and will also open an outpost in Melbourne in 2023. Next stop from there: the Goldie.

While the Sunshine State tourist spot doesn't lack in hotels near the ocean, the Ritz-Carlton's waterfront location is still set to be a huge drawcard — alongside the luxury the brand is known for. 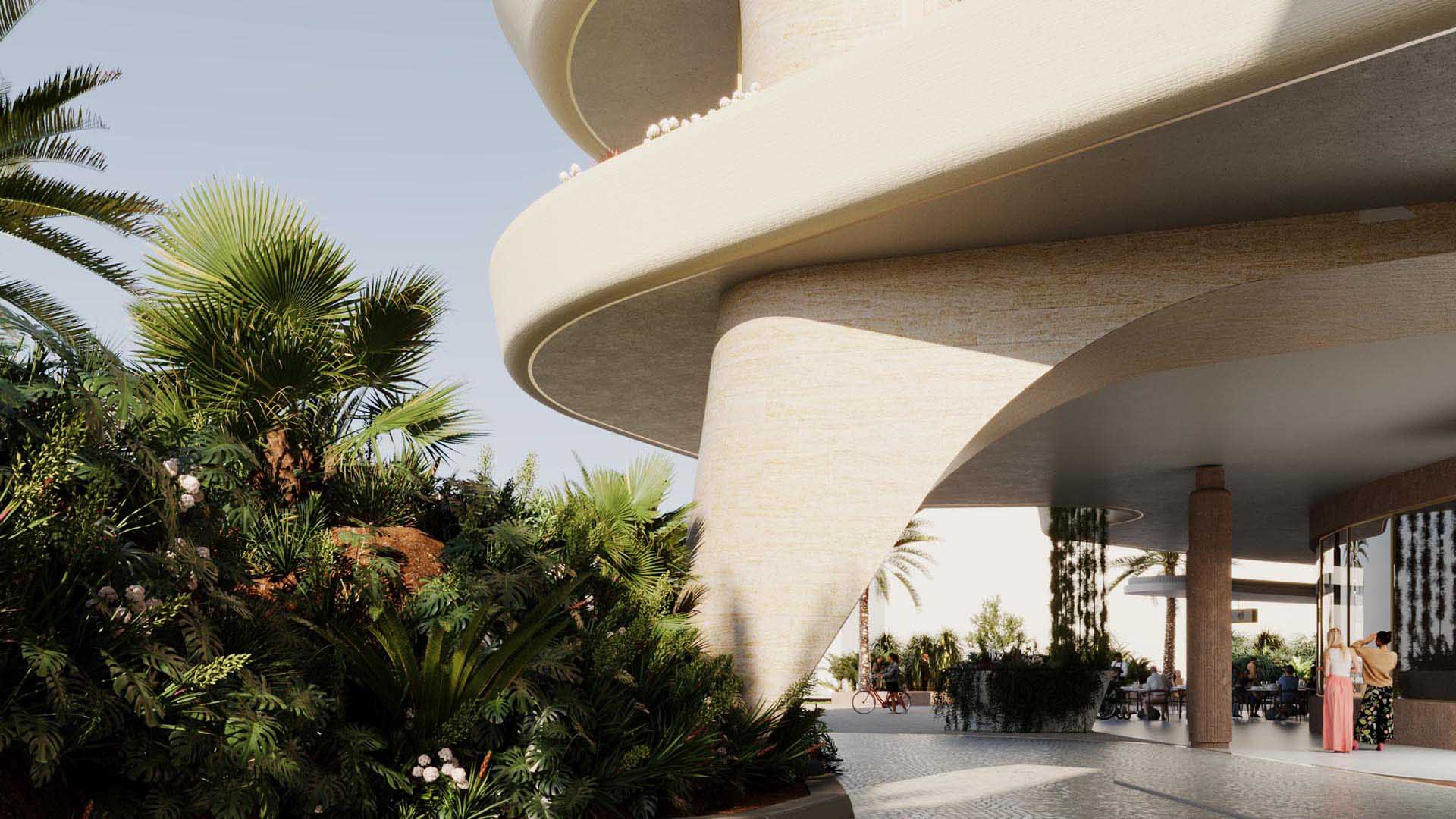 Given the spot, it'll also be in close vicinity to a heap of waterfront restaurants and bars, the Broadwater and beaches.

"Once opened, the resort expects to set a new benchmark for luxury on Australia's Gold Coast with the property's enviable waterfront location," said Richard Crawford, Vice President of Hotel Development, Australia, New Zealand and Pacific at Marriott International, which owns the Ritz-Carlton.

It's a booming time for big-name hotels either heading to or spreading through Australia, with The Langham launching on the Gold Coast earlier in 2022, Ace Hotels launching its first Down Under site this year and The Waldorf Astoria on its way to Sydney in 2025. You can never have too many staycation/vacation options, though.

The Ritz-Carlton is set to open in 2026 in Mariner's Cove, 60–70 Seaworld Drive, Main Beach. We'll update you with an exact launch date when one is announced.