The Five Best Caves to Visit Near Melbourne

The Five Best Caves to Visit Near Melbourne

Offering a hearty dose of Mother Nature's magic, there's something pretty special about a cave, all rocky and majestic. There are few better antidotes to that hectic city life than a visit to an impressive natural rock formation. Without trekking too far out of Melbourne, you'll find a handful of captivating grottos to light your adventurous spark — from lofty hilltop caves to underground marvels and huge limestone beauties filled with stalactites. Here are five caves worth the visit. 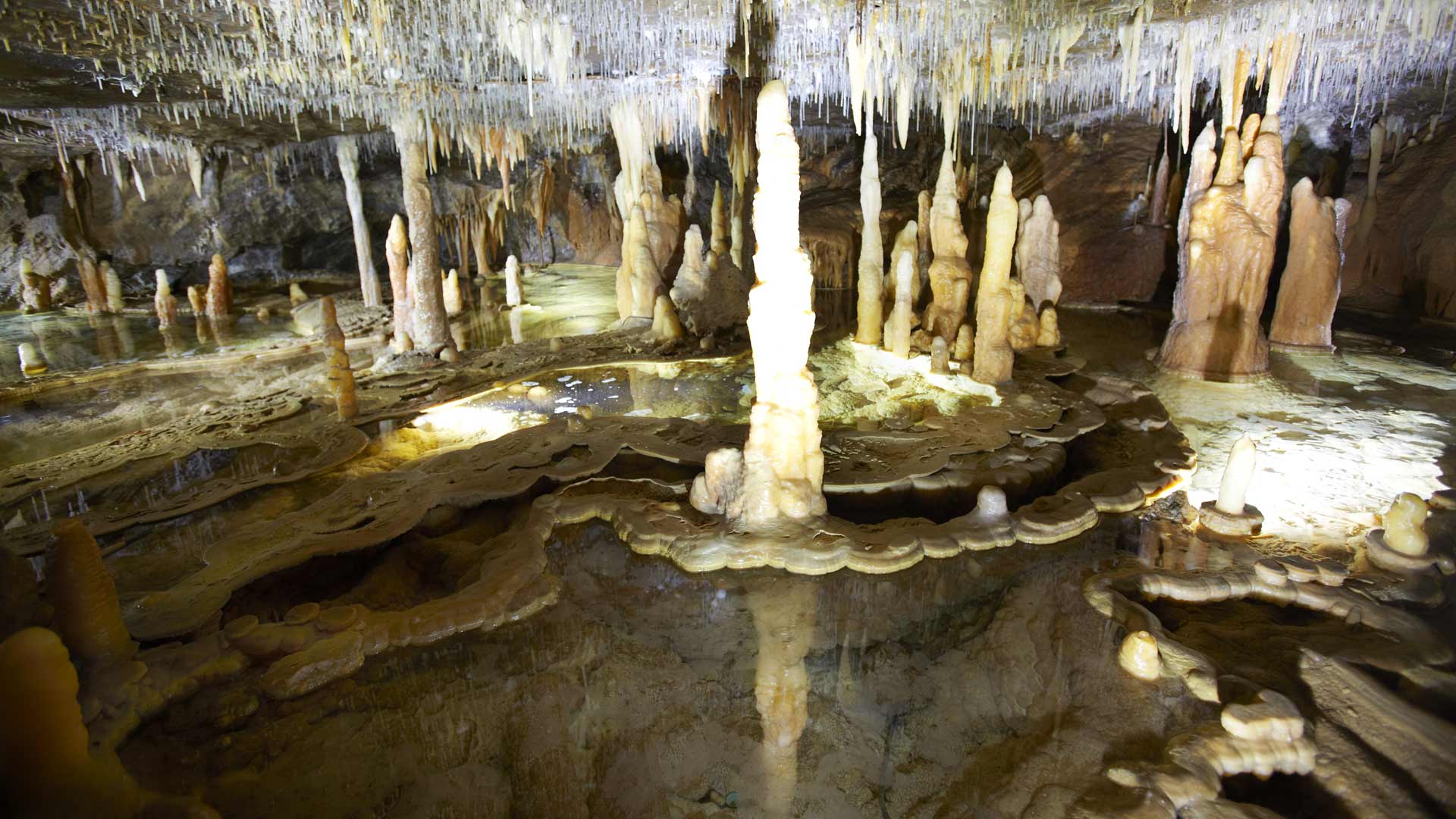 Formed over 400 million years ago, Gippsland's breathtaking Buchan Caves are the result of ancient underground rivers carving their way into limestone rock. Word is, the calcium carbonate that helped create the limestone is made from coral and shellfish skeletons left over from ancient times, when Gippsland was submerged beneath ocean. Today, the system is well set up for visitors, with lights and hallways throughout, as well as expert-led tours running daily (although they have paused for the moment due to COVID-19). The charmingly named Fairy Cave is packed full of striking stalactites and stalagmites surrounding pools of water, while the nearby Royal Cave boasts some pretty incredible calcite-rimmed pools. The site is highly significant to Gunaikurnai Traditional Owners and you can find out more about its Aboriginal cultural heritage over here. 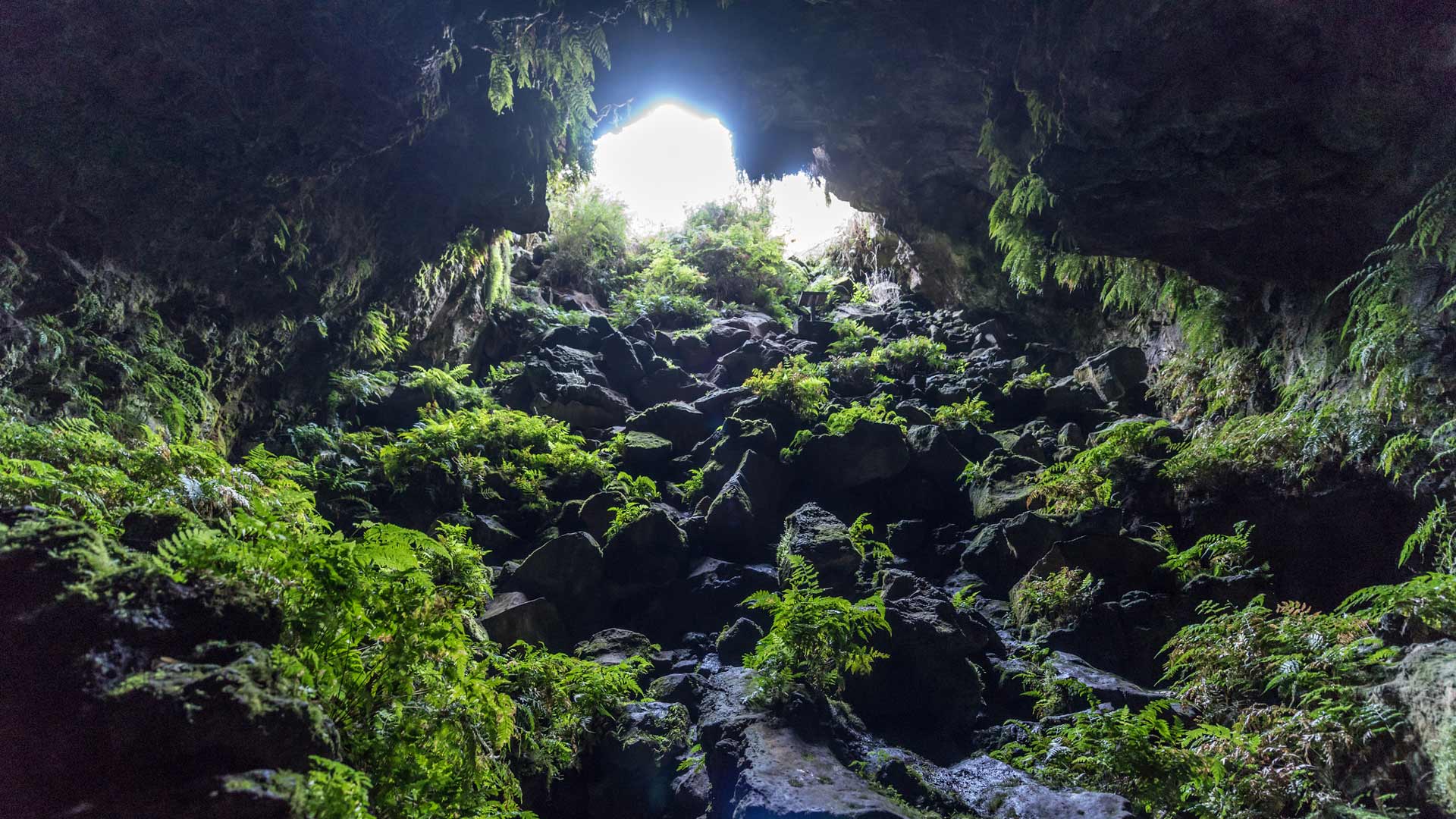 Back in the day, Mount Napier volcano blew its top and unleashed a huge lava flow, which solidified and created what we now know as the Byaduk Caves in Mount Napier National Park. Together, they're Victoria's most significant lava caves, though only the one dubbed Harmans 1 is open to the public. It's a sprawling underground chamber set about 20 metres below the earth's surface, filled with stalactites, stalagmites and scores of bent-wing bats. Access this subterranean wonderland via a rocky walking track and through the entrance shrouded in ferns. Just remember to take a good torch and some decent clothes — it can get pretty chilly down in these depths. 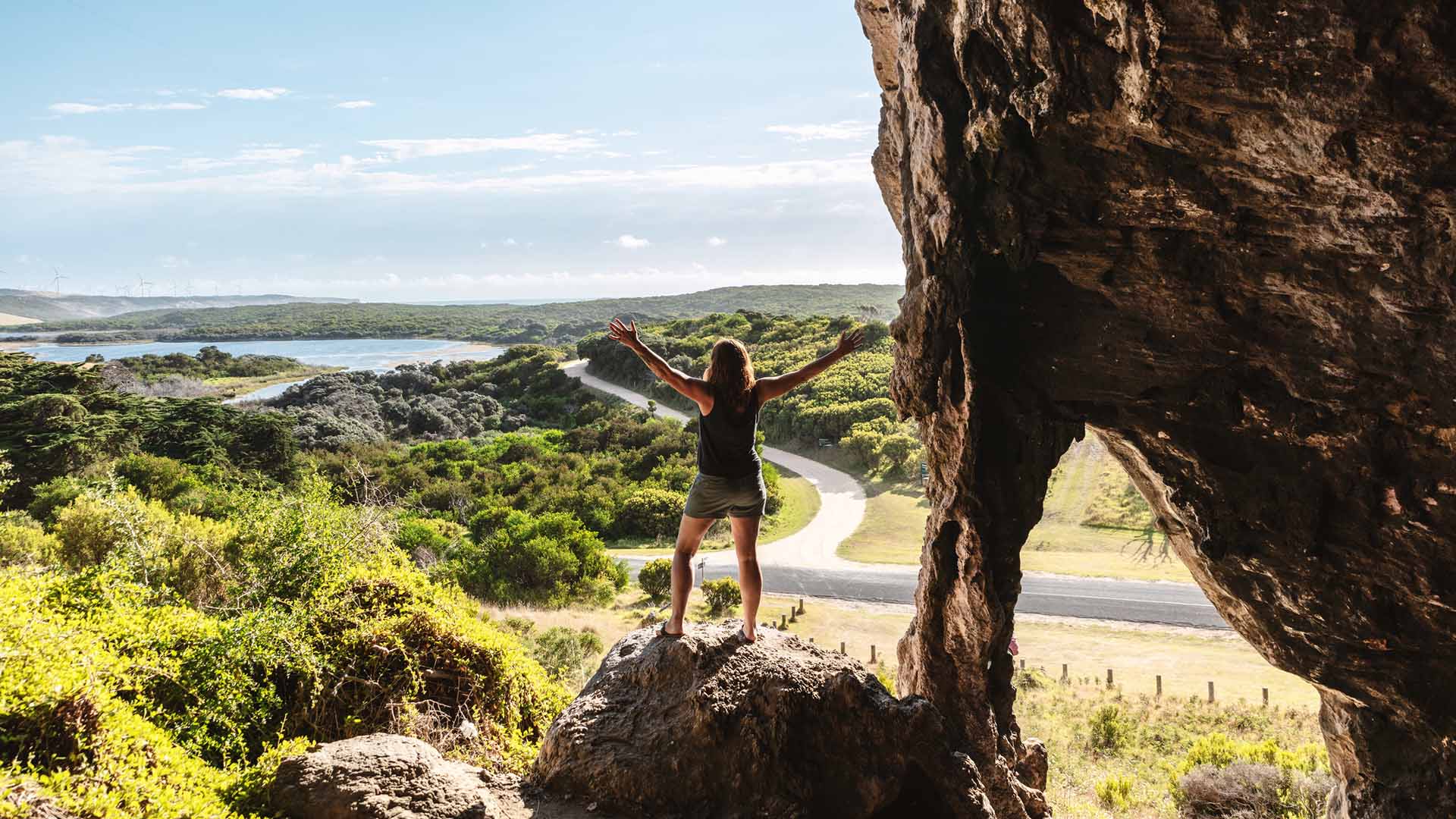 A collection of lofty limestone caves overlooking Bridgewater Lakes in Southwest Victoria, the Tarragal Caves were once a significant Aboriginal camping site. Set a good 50-metre hike uphill, the six caves rock some top-notch views, but they're also stunning within, covered in stalactites and home to a colony of bats. One of the caves, which runs over 400 metres into the ground, has a mysterious sinkhole opening which air breezes through — it's said that this was once believed to be the entrance to another cave inhabited by supernatural beings. If you don't mind a few tight squeezes, Britannia Creek Caves, just under two hours east of the city, will be very much your jam. The labyrinthine network of granite caves is dark and rocky enough to require a helmet and a headlamp, though makes for some pretty memorable caving adventures. Navigate the array of narrow tunnels, slippery rocks and flooded spots, and you'll be rewarded with a captivating show put on by the resident glow worms. Various groups run adventure caving tours through the system, though if you've got the necessary skills, you can tackle it guide-less. Venture about five hours west of Melbourne and you'll be rewarded with the dazzling natural beauty of the Princess Margaret Rose Cave, which makes its home within Lower Glenelg National Park. The limestone formation was carved out by the Glenelg River, and first explored back in 1936. As well as a pretty posh name, the cave boasts a colourful array of calcite crystals, stalactites, stalagmites and the more head-scratching helictites — a formation that grows in all different directions. A series of rim-stone pools and cave coral have also been produced by the cave's calcite crystal, to stunning effect. See the underground wonder at its best on a 45-minute guided tour.

Princess Margaret Rose Cave and Campground are currently closed due to COVID–19. With restrictions easing, keep an eye on the website for the latest updates.