Sip your way through this picturesque wine region — with a shuttle bus to get you around, too. We Melburnians are truly spoiled to have a world-class wine region like Heathcote practically on our doorstep. About a 1.5 hour's drive north of the city, the region is brimming with award-winning chefs, brewers, artists and (most importantly) winemakers.

The region is probably best known for shiraz, but it also boasts other excellent red varieties such as sangiovese, tempranillo, petit verdot and cabernet sauvignon, as well as white wine grapes like riesling and viognier. Grapes here are grown mainly in calcium-rich Cambrian soil, and prized for its water retention that leads to rich, concentrated wines.

During this Queen's Birthday Long Weekend (Saturday, June 12 to Monday, June 14), the region is coming together for Heathcote on Show. This annual, three-day event will see more than 30 locations throughout the region offering wine tastings, food pairings, live music and masterclasses. There will also be a shuttle bus to take you between venues, so you can get around without having to think too much about it. Here are nine mustn't-miss spots to put on your radar this long weekend. Home to the oldest living vines in Heathcote, Red Edge is one of the Heathcote region's most impressive wineries. What started as a two-hectare block of shiraz and cabernet planted in 1971, the vineyard now boasts 14 hectares and grows other classic European varieties, including mourvedre, tempranillo and touriga nacional. Here, vines are hand-pruned, grapes are hand-picked and the wines are made with minimal intervention. Swing by on the June long weekend for exclusive barrel room tastings of the 2019-20 vintages with winemaker (and estate owner) Peter Dredge; complimentary tastings of current and cellar-release wines; and a sausage sizzle with locally made pork and beef snags, with proceeds going to MND Victoria. Between 12–5pm on Saturday and Sunday, it'll all be set to a live soundtrack of americana and country music. Boasting a postcard-worthy backdrop of Wild Duck Creek, Condie Estate showcases traditional winemaking methods with its small-batch drops. For Heathcote on Show, the estate will open the doors to its barrel room, and offer tastings of its sangiovese, viognier and award-winning shiraz. Pair your glass with a woodfired pizza, followed by a slice of cake and coffee. Entertainment-wise, there'll be live music, a petting zoo and a jumping castle for the kids. In the early 2000s, Mario Marson planted his first seven hectares of vines in Heathcote — he selected the region specifically for its geography, which he saw fit to fulfil his vision of creating new-world versions of his favourite Italian varieties. It's probably no surprise, then, that all things Italian will be celebrated at the Mount Camel winery over the Heathcote on Show weekend. Swing by for samples of prosecco, pinot bianco and picolit, sangiovese, nebbiolo and more. You'll be able to pair your glass with plates of pasta, polenta, porchetta and formaggio. There will also be coffee and cannoli on offer, as well as traditional Italian music throughout the weekend. Just north of Heathcote and situated in the foothills of the Mount Ida Range,  Munari Wines is a family-owned vineyard steeped in history. The original homestead dates back to 1871, while the former stables now house a charming cellar door. During Heathcote on Show, you'll have the chance to sit among the vines and sample a range of the estate's premium wines. There'll be a heated marquee on-site as well as hot food and live entertainment, including a ticketed concert on the grounds on the Saturday night. Named after an abandoned nearby mine, Silver Spoon Estate dedicates most of its 51 acres of plantings — which date back to 2000 — to shiraz grapes, but also makes room for viognier, grenache, mourvedre and tempranillo vines. The estate is 100 percent off-grid, with solar panels powering everything from the winemaking equipment to the on-site residence. During Heathcote on Show, Silver Spoon Estate will offer daily wine tastings and grazing platters from 11am–5pm, plus live music on Saturday and Sunday, all of which you can enjoy either indoors or outdoors while taking in the scenic views. On Saturday night, Silver Spoon will host a Casablanca-themed dinner and show in the estate's piano lounge (and for which bookings are essential). Domaine Asmara is celebrating its tenth anniversary over the Queen's Birthday long weekend, and you're invited to join the party. Head to the Toolleen estate to sample an excellent range of James Halliday-approved wines, including durif, shiraz and cabernet sauvignon, and take advantage of anniversary specials. The grounds also have a perfect picnic spot overlooking Mount Camel, so pack a basket and sit back and enjoy some of the region's finest wines. Whether you're pressed for time over the long weekend or looking to brush up your knowledge on the wide range of wines produced in the Heathcote region, a visit to Heathcote Wine Hub is a must. Home to Australia's largest selection of Heathcote wines and set in a former 1870s corner store, complete with an open fireplace and dog-friendly courtyard, the store is located in the centre of town and will be abuzz with activity over the long weekend. Head over to sample a range of local wine, beer, cider and coffee, as well as vegan food options, southern-style barbecue meats and picnic packs. There'll also be live music from 12–7pm on Saturday and Sunday, with four local bands on the lineup. There's plenty happening at the award-winning Sanguine Estate for Heathcote on Show. On Saturday and Sunday there will be coffee and treats provided by local legends Con Cariño Mobile Coffee, plus live music from 1pm. Sunday will also see a Goldfield Farmhouse Cheese stall on the grounds all day, should you fancy a spot of cheese and wine. You can also learn more about local produce when winemaker Mark Hunter runs a tasting masterclass of five rare wines on Saturday morning, and Goldfields hosts a full-day cheesemaking class on Monday. Bookings are required for both sessions. 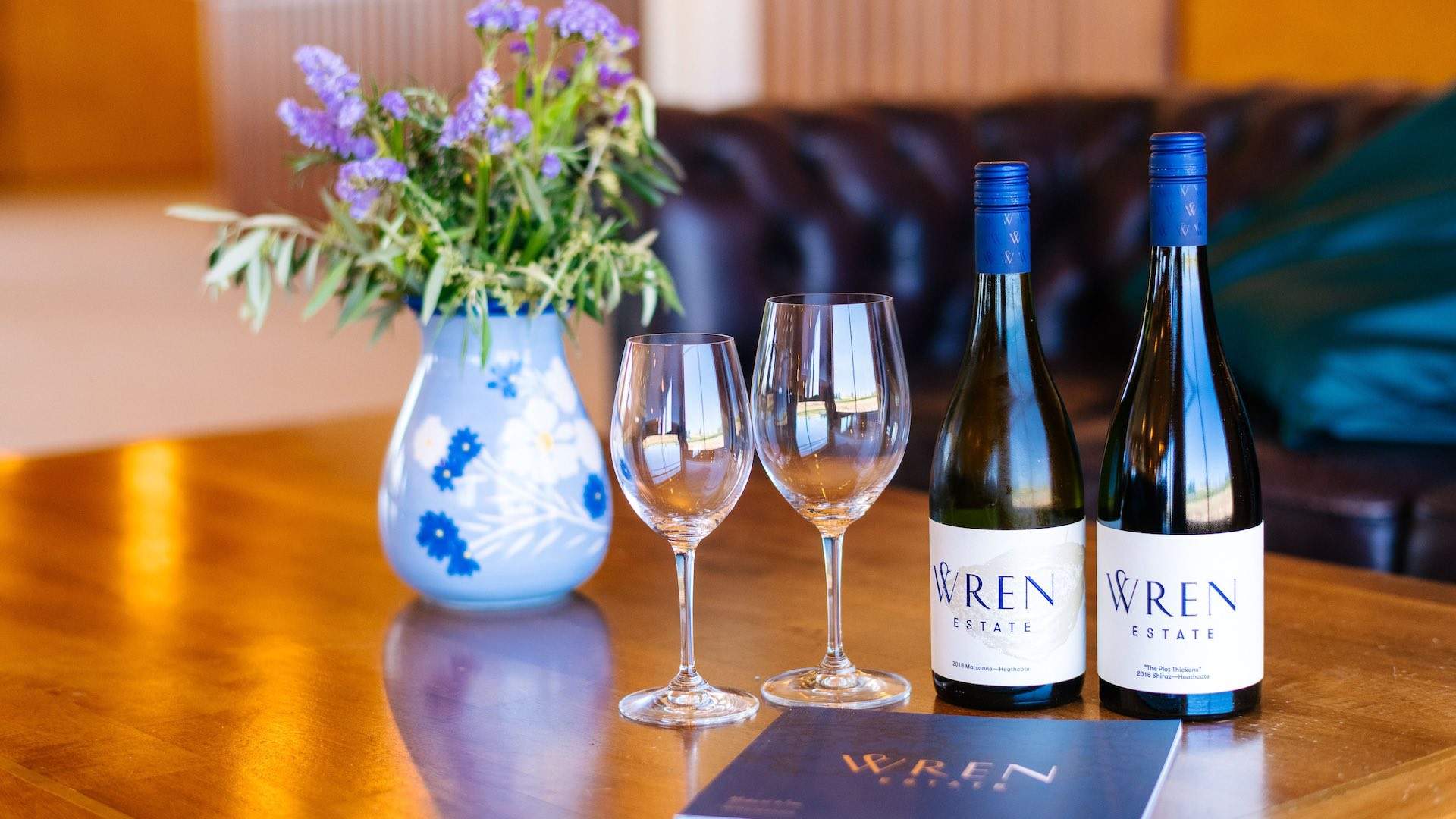 Boasting a place in the top ten in the 2021 Halliday Wine Companion's Best New Wineries category, Wren Estate is an unmissable stop on any Heathcote wine tour. Owner and winemaker Michael Wren enjoyed a career that took him all over the world for nearly two decades before establishing his very own vineyard in Heathcote in 2017. Despite Wren Estate being relatively young, its shiraz has already won a number of awards. Over the long weekend, it will be hosting a masterclass ($65) with Michael on Saturday and Sunday, which includes sampling five Single Block drop for the first time ever (bookings are essential). If you're keen to just drop by in the afternoon, you'll be able to graze on a charcuterie board featuring olive oil direct from the on-site grove. From 12–3pm on Saturday and Sunday, you'll also have the option to pair house-made dumplings with vino (make sure you book ahead for this one, too).

For more about Heathcote on Show and to plan your trip, head to the official website.