Welcome to… another Attenborough showing some dino love, this time thanks to five-part Apple TV+ series 'Prehistoric Planet'.

Almost three decades ago, in a movie that's still as beloved now as it was then — and keeps throwing new franchise instalments at the big screen, too — Richard Attenborough uttered four iconic words. "Welcome to Jurassic Park," the actor said in-character as the dinosaur-filled theme park's owner John Hammond. That phrase has been repeated countless times since, and will always be linked to the Attenborough name.

Of course, Richard Attenborough isn't the only famous figure in his family. The now-late actor and filmmaker's younger brother happens to be none other than David Attenborough — and now he's showing dinosaurs some love, too. No, you won't find him in the new Jurassic World flick; however, he will be lending his voice to a five-part natural history series about the prehistoric creatures right before Jurassic World Dominion reaches cinemas.

If you'd listen to David Attenborough narrate anything and you're always fascinated by dinos — and yes, both of those apply to pretty much everyone — then Apple TV+'s Prehistoric Planet will be a must-see. With a name that falls in line with the broadcaster, biologist and natural historian's past shows The Living Planet, State of the Planet, The Blue Planet, Frozen Planet, Blue Planet II, Our Planet, Seven Worlds, One Planet, A Perfect Planet and Green Planet (as well as Planet Earth and Planet Earth II, plus documentary David Attenborough: A Life on Our Planet), it'll look backwards at what the earth was like 66 million years ago. Obviously, CGI will feature heavily, but combined with wildlife filmmaking and paleontology learnings. 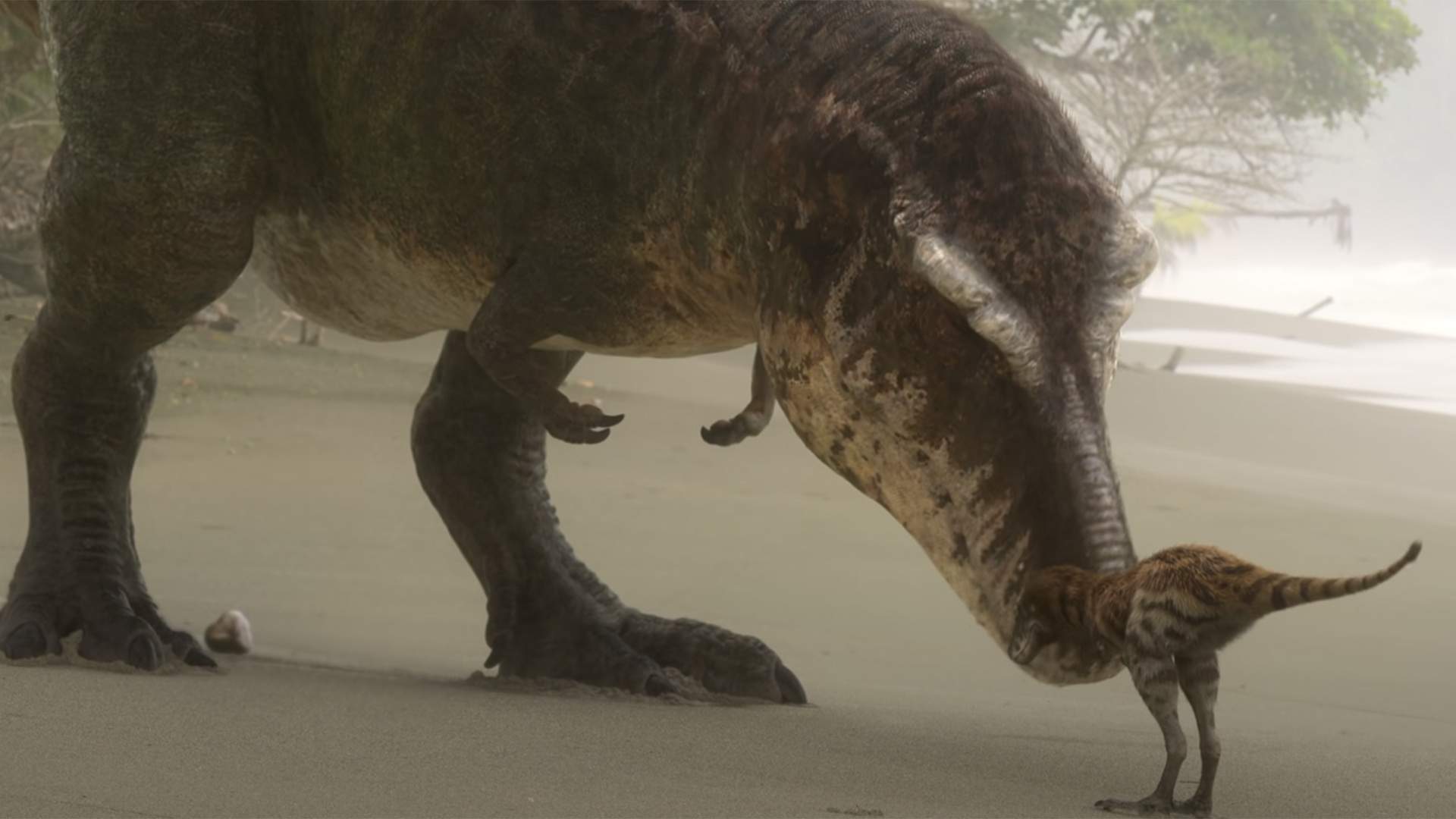 Accordingly, get ready to discover little-known and surprising facts of dinosaur life, step through the environments of Cretaceous times, see how the Tyrannosaurus rex parented, and explore the ancient creatures of both the sea and sky. That's what Prehistoric Planet will cover across five episodes, which'll drop daily on Apple TV+ across Monday, May 23–Friday, May 27.

While David Attenborough's voice is always music to anyone's ears, Hans Zimmer will be adding rousing score to the show — fresh from winning his latest Oscar for Dune.

And if you're wondering about the photorealistic imagery that's bringing dinosaurs to life, filmmaker Jon Favreau is one of the Prehistoric Planet's executive producers, and the effects company behind his versions of The Jungle Book and The Lion King is doing the CGI honours.

Check out Prehistoric Planet's first teaser trailer and a sneak peek video below:

Prehistoric Planet will hit Apple TV+ across Monday, May 23–Friday, May 27, with a new episode available to stream each day.