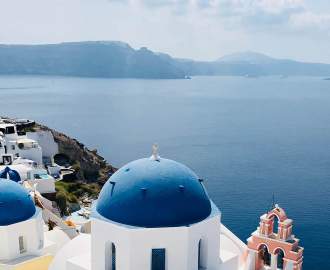 Greece Will Reopen to Tourists from Down Under from Mid-June

From the youthful rough and tumble of 1973's Mean Streets, to the bona fide masterpiece that is 1990's Goodfellas, to the Boston-set crime machinations of 2006's The Departed, Martin Scorsese's filmography is filled with gangster movies. Throw in 1996's Casino as well, and the acclaimed director has basically become synonymous with the genre. As a result, it should come as no surprise that his latest film once again steps into the mobster fold — or, given Scorsese's penchant for working with the same actors over and over again, that it tasks a heap of familiar faces with getting down and dirty in America's criminal underworld.

In the pipeline for years (since back before 2013's The Wolf of Wall Street, in fact), The Irishman corrals Robert De Niro, Al Pacino, Joe Pesci and Harvey Keitel into quite the true tale — of organised crime in the US post-World War II, as experienced by union official and hitman Frank Sheeran. De Niro plays the main role, while Pacino plays notorious union boss Jimmy Hoffa, with the movie particularly interested in the ongoing mystery that is the latter's disappearance.

If that's not exciting enough, there's also the fact that Pesci — who won an Oscar for Goodfellas — makes his first on-screen appearance in almost a decade. The rest of the cast features plenty of big names, too, including Ray Romano, Bobby Cannavale, Anna Paquin, Jack Huston and Jesse Plemons. And, because The Irishman's story spans decades, there's also the movie's use of 'de-ageing' special effects, with De Niro and Pacino playing their characters in both their younger and older versions.

With the film releasing via Netflix sometime this spring, the fact that a filmmaker of Scorsese's calibre is making a huge, star-studded, potentially Oscar-worthy movie for the streaming platform is also notable, as well as a sign of the times.

For those keen to see the great director's first flick since 2016's Silence on a big screen, watch this space (and probably cross your fingers, too). The Irishman will premiere at this year's New York Film Festival in September, and receive a limited theatrical release in the US; however, whether Netflix will pop it into cinemas Down Under has yet to be revealed.

Check out The Irishman's first trailer below:

The Irishman will hit Netflix sometime this spring — we'll update you with a release date when it's announced.