The cutest little Jedi in a galaxy far, far away is back — and the most adorable one in our own on-screen realm as well. Although The Mandalorian won't release its third season until 2023, Disney+ has just unveiled the first sneak peak at the Star Wars spinoff's upcoming batch of episodes. The best and most important news? Grogu, aka Baby Yoda, returns (and obviously remains as charming as ever).

If you've somehow missed it before now, the Emmy-nominated show follows the titular bounty hunter (Pedro Pascal, The Unbearable Weight of Massive Talent); however, it's his encounter with a fuzzy little creature first known as The Child, affectionately named Baby Yoda by everyone watching, and officially called Grogu, that's always had everyone talking. So, it comes as zero surprise that one of the Star Wars universe's best-ever double acts is pushed into the spotlight in the debut glimpse at The Mandalorian's third season. In fact, the trailer confirms that Mando, aka Din Djarin and Grogu's big reunion, picking up where The Book of Boba Fett left off. But the events of the pair's past streaming adventures have consequences, including seeing The Mandalorian disowned by his fellow Mandalorians.

It wouldn't be a Star Wars series if everyone got along — the 'wars' part is right there in the franchise name, after all. Accordingly, this first sneak peek teases the obligatory battles, as well as the fallout when its namesake doesn't actually have that title any more. Oh, and plenty of Grogu, naturally. 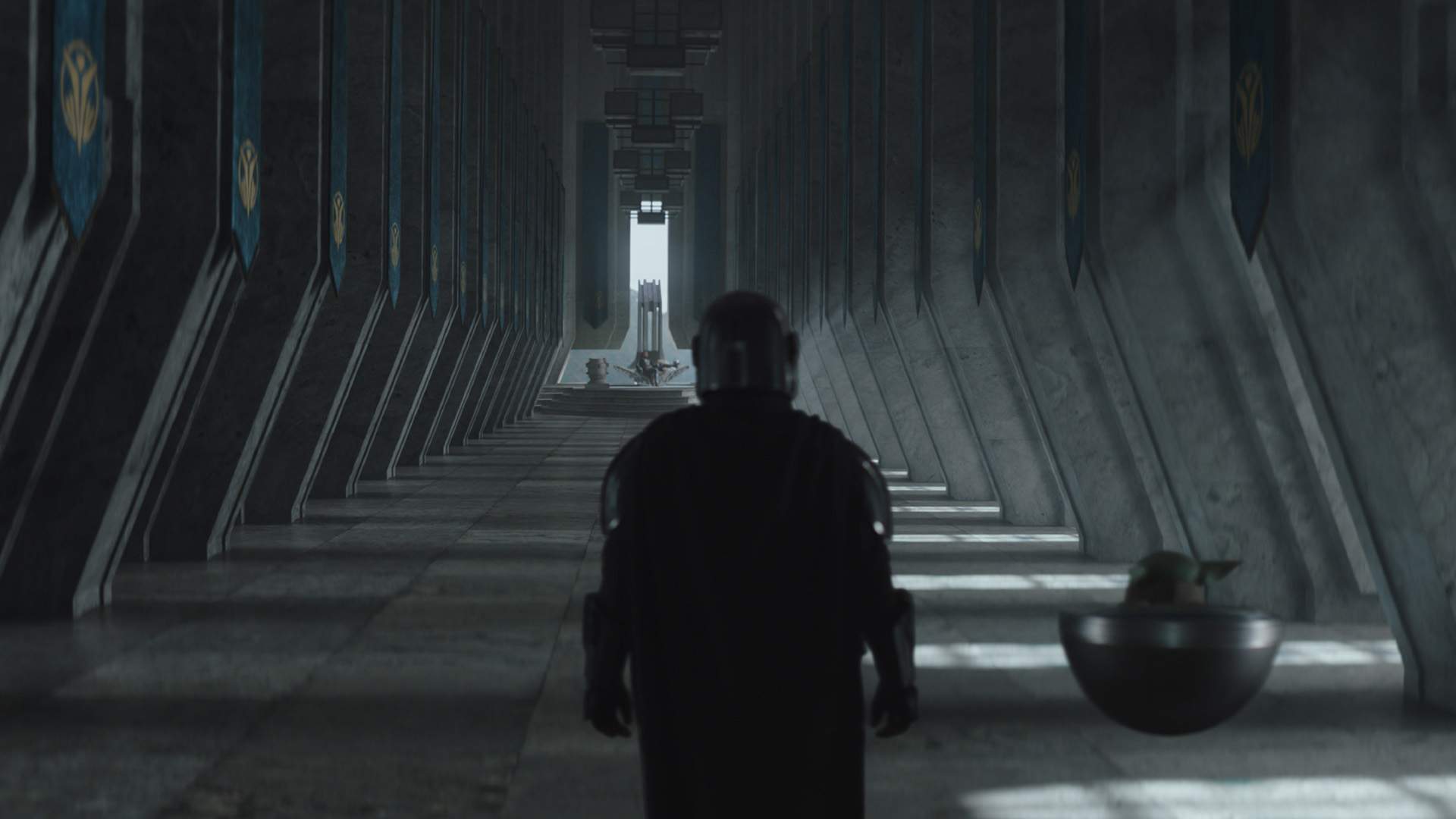 Yes, the Star Wars universe certainly does sprawl far and wide these days, both within its tales and in its many different movies, shows, books and games. When this one first arrived in 2019, it started five years after Star Wars: Episode VI — Return of the Jedi.

Also on offer across its run so far: a cast that's included everyone from Giancarlo Esposito (Better Call Saul), Carl Weathers (Toy Story 4), Taika Waititi and iconic filmmaker Werner Herzog through to Timothy Olyphant (Once Upon a Time in Hollywood), Rosario Dawson (DMZ), Katee Sackhoff (Another Life) and Temuera Morrison as Boba Fett.

While The Mandalorian fans will have to wait till next year to see what comes next, the Star Wars franchise has already delivered Obi-Wan Kenobi to streaming already in 2022 — and Rogue One spinoff Andor arrives on Wednesday, September 21.

Check out the latest trailer for The Mandalorian below:

The Mandalorian's third season will hit Disney+ sometime in 2023 — we'll update you with an exact date when one is announced.