Instead of launching in August, this Diego Luna-starring prequel series to 'Rogue One' will now start battling the Empire in September.

Fans of huge pop-culture behemoths, we hope you have a comfortable couch, because you're going to be spending a lot of time sitting on it over the next month or so. Not one, not two, but four massive franchises are dropping new streaming series between now and mid-September — and with everyone's queues set to be so busy, one is now arriving a little later than initially planned.

That show: Andor, the second Star Wars Disney+ spinoff for 2022, following Obi-Wan Kenobi. Originally set to debut at the end of August, it has just pushed its premiere date out to Wednesday, September 21, arriving after Marvel's She-Hulk: Attorney at Law, Game of Thrones prequel House of the Dragon and the Middle-earth-set The Lord of the Rings: The Rings of Power — so you'll be waiting a bit longer to dive into its tale of espionage and rebellion.

The rest of the series' details remain the same, though — including providing a prequel to 2016's Rogue One: A Star Wars Story, and bringing some spy thrills to a galaxy far, far away. And yes, like Obi-Wan Kenobi, Andor takes a favourite big-screen character and steps back into their story before the events that viewers have already seen. 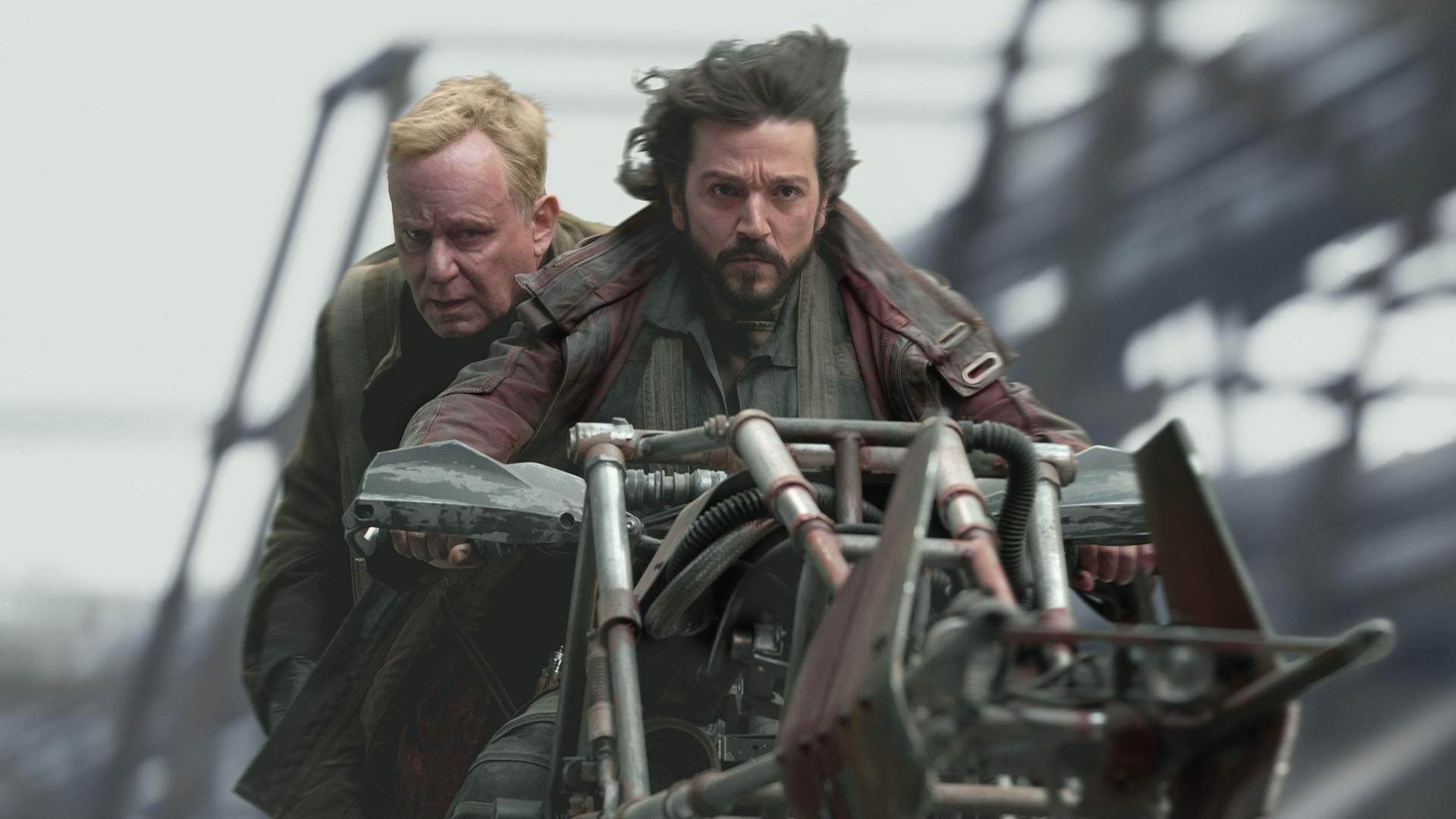 As its title makes plain, Andor focuses on its namesake — Cassian Andor, again played by Diego Luna (If Beale Street Could Talk). Star Wars fans have already seen him as a Rebel captain and intelligence agent, and also watched how his story ends, hence the show's need to jump backwards. The focus: following Andor as he discovers how he can play a part in fighting the Empire. Indeed, charting the rebellion, and how people and planets joined in, is the series' whole remit.

Alongside Luna, Andor sees filmmaker Tony Gilroy (The Bourne Legacy) — who co-wrote the screenplay for Rogue One — return to the Star Wars franchise as the series' creator and showrunner.

And, on-screen, Luna is joined by the Genevieve O'Reilly (The Dry) — who is also back as Mon Mothma — as well as Stellan Skarsgård (Dune), Adria Arjona (Morbius), Denise Gough (Monday) and Kyle Soller (Poldark). Oh, and a cute-looking new robot that was first scurrying around in the show's initial trailer, although how big a part it'll play is yet to be revealed. Andor also just dropped its full trailer, which teases the titular figure's quest to make a difference against the Empire — with a big push at first, and with help where he can get it afterwards. Unsurprisingly, the mood is grim and weighty.

"The Empire is choking us all slowly. We're starting not to notice," Andor is told by Luthen Rael (Skarsgård). "What I'm asking is this: wouldn't you give it all to something real?"

Andor is set to span two seasons, both running for 12 episodes each and adding to Disney+'s ever-expanding array of Star Wars programming. Also on its way: the third season of The Mandalorian, which'll arrive in February 2023; and the recently announced Skeleton Crew, which'll star Jude Law and hit streaming queues sometime next year as well.

Check out the full trailer for Andor below:

Andor will now start streaming via Disney+ from Wednesday, September 21.