Whether you're out hiking, cycling, driving around or trying to find the next best spot with an armchair, this list of out-of-town breweries is for you. Enjoy them as you explore the greater Wellington region the next time you escape for a well-earned, local pint. North End Brewery is Waikanae's hidden secret. Run by a small, sustainable collective of locals with a passion for traditional European beer, they find inspiration in the landscape in and around the Kapiti Coast. With the spent grain going to the Olde Bakery, the pints are best served with either a pizza at Long Beach Restaurant or at the cellar door inside Salt and Wood. A boutique bar, hidden from the road by foliage, barrels and fairylights, it's the perfect place to pop the question, have a nibble or just watch cars coming out of the Countdown carpark. Tuatara Brewery is Paraparaumu's hidden gem. Whether you've been out for a bike ride in the rain and need a friendly pint to help calm you down, or it's Sunday – the day of great dates, Tuatara are there to put a smile on that Kapiti dial. With a kick-ass new mural from local tattooist Mikey Hurman and a menu to salivate over for days (who could say no to nachos in this winter weather?) Tuatara is the place to be on the coast. And while you're there say hi to Bev the manager, she might give you a discount on a Tuatara bottle opener, or a goblet for the ultimate fancy pants in the group. Most one year olds are barely talking, walking or eating solids – and they're definitely not hanging around the coolest little boozer in Lyall Bay. This one year old may have recently had its birthday party (with a bouncy castle, I kid you not) but Parrotdog is all adult inside. Well, sort of. The community-hall-turned-indie-brewery interior is every hipster's dream, and they even serve pizza. It's a paradise for the bearded, particularly on Friday nights when DJ Apa (formerly of Deathray Records) spins his tunes. With parking galore, water for the pooch and a name that raises eyebrows amongst the hippest on Wellington's Cuba Street (Aussie dream-weaving hotties The Babe Rainbow have played there), you've really got no reason not to turn up. Plus it's close to the beach. Such a bonus. 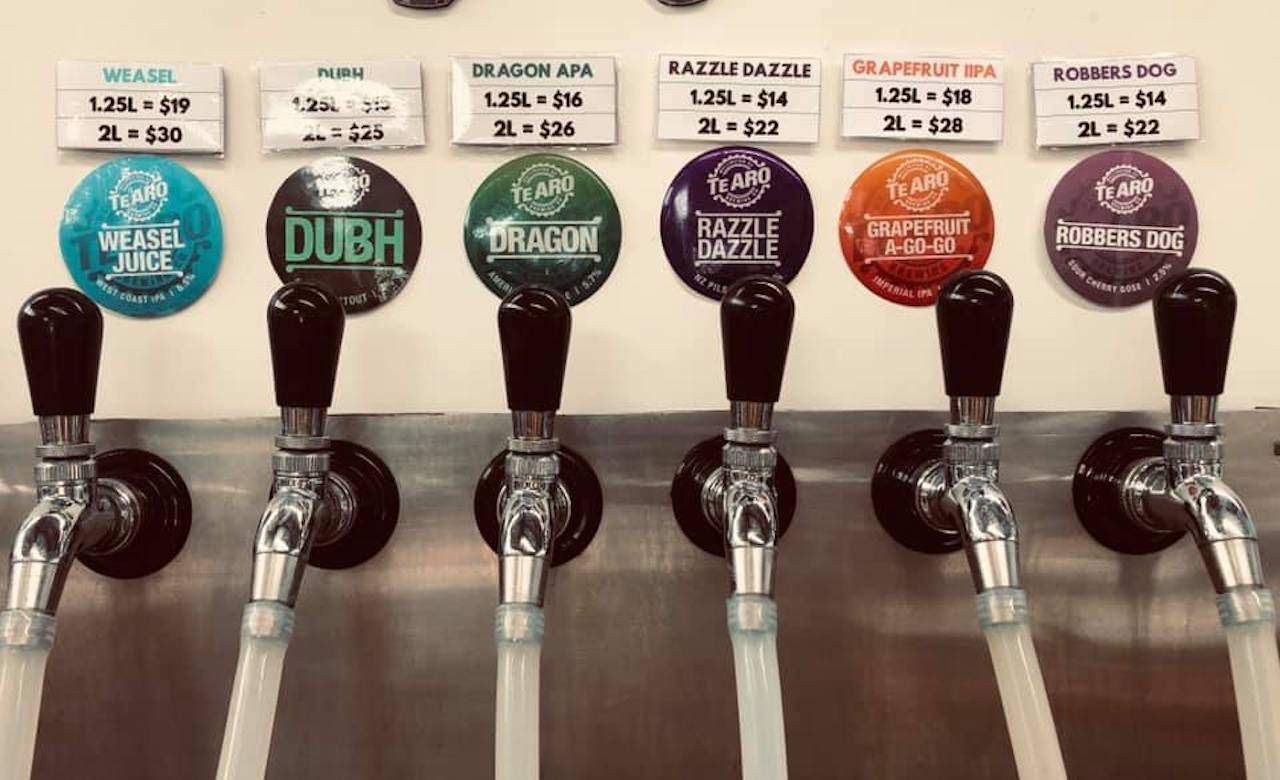 Te Aro Brewery are the most independent brewery, they barely know they're still brewing. According to Google Maps they're located in Upper Hutt, but if you want a taste of their ridiculously potent pints you'll have to hunt around the city. Or the country. All these guys know is that people keep drinking their sweet nectar, and Te Aro is kind enough to produce it. They're also kind enough to make a list. Te Aro think they know where their barrels have headed, but once the beer runs dry who ya gonna call? Well, probably Te Aro, if they pick up the phone. Visit the taproom and cellar door to fill up your growler and order a keg, or pick up a pint closer to home at Moon in Newtown, Rogue and Vagabond in Te Aro and LBQ on Edward Street – good luck with the hops hunt. Whether you're after a Sunday brunch, a quick bowl of fries or even a bowl of water for the dog, Boneface Brewery has got you covered. Launched in early 2017, Upper Hutt's first brewpub has been fighting to keep up with demand ever since. Owners Matt and Selena offer an irresistible core range of sci-fi inspired beers, including the Hoptron APA – a super fruity American Pale Ale. With hints of citrus, stone fruit and a level of bitterness that Kiwis will love, it's the perfect pint to compliment any Sunday afternoon outing.