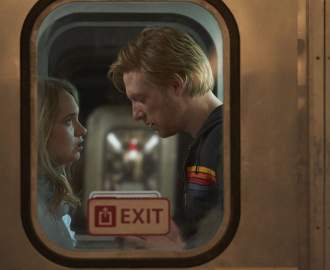 Check Out the First Trailer for 'Run', HBO's New Romantic-Comedy Thriller From the 'Fleabag' Team

If you're a wannabe wizard or witch looking for more Harry Potter magic in your life, there's no shortage of ways to accio up some enchanting fun. Harry Potter-themed potions bars have been popping up across Australia and New Zealand for a few years. Pokemon Go-style game Wizards Unite is available to play whenever you like. In London, the Fantastic Beasts films have even inspired a natural history exhibition. And Harry Potter and the Cursed Child is still casting its spell on Melbourne, a city that's also home to Australia's biggest Harry Potter store — and screenings, parties, escape rooms, scavenger hunts and other HP-centric events are extremely common everywhere, really.

Soon, all of above might pale in comparison to the kind of space HP fans can really lose themselves in — and one that, hopefully, visitors would need a Marauder's Map to get around. That'd be a dedicated Harry Potter theme park, which could be coming to Tokyo soon, The Japan Times reports.

It seems that the owners of the Toshimaen amusement park in Tokyo's Nerima ward are thinking about closing down, ending its 94-year run. And, at the same time, it seems that Warner Bros. Entertainment Inc is contemplating taking over the venue — waving a few magic wands about and turning it into a Harry Potter-theme park. Few other details have been revealed as yet but, if it does happen, it's unlikely to open until at least 2023. Variety notes that it'll probably feature sets that patrons can tour, rather than rides — so if you were hoping to play quidditch, travel by portkey or ride the floo network, that doesn't seem to be on the agenda. Generally, it appears that the Tokyo park will be modelled after the existing Harry Potter attraction in London, which also spans costumes, props, exhibitions and special events. For Valentine's Day, it's hosting romantic feasts in the Great Hall, for example, while 'A Celebration of Slytherin' will also deck the place in shades of green and silver later this year.

If it does come to fruition, add the dedicated Harry Potter theme park to Japan's hefty range of pop culture-themed attractions. A Super Nintendo amusement park zone is due to open at the aforementioned Universal Studios Japan in Osaka by mid-2020, a forthcoming Godzilla attraction will let you zipline into the monster's mouth, and a Studio Ghibli theme park is in the works — and Tokyo already boasts huge Godzilla and Gundam statues, as well as the Studio Ghibli Museum just outside the city.