The weather may be getting colder in the windy city but that's no excuse for not getting outdoors for some fresh air and vitamin D — just don those puffer jackets.

Wellington isn't just a cultural hotspot, it also boasts an enviable array of breathtaking trails that offer spectacular views and soul-soothing nature experiences. The city's unique setting, nestled between craggy hilltops and a glistening harbour, means you can easily jump from the urban playground into nature's playground.

Of course, with a bounty of bush walks, ridgeline trails and coastal treks at your feet, choosing the perfect trail is the first step. We've rounded up nine of the best local hikes to get you on your way. Beloved by locals and tourists alike, this route allows you to meander along Oriental Bay, before starting your ascent to the top of the mountain near the intersection of Oriental Parade and Carlton Gore Road. It's flagged as being suitable for all fitness levels, and sure, there are a few steep climbs along the way, but the stunning views from the top are worth the effort.

But rest assured,  you'll be breathless for all the right reasons. After climbing nearly 200 metres, you'll be rewarded with stunning views of the city, as well a handful of other trails that weave and wind through the bush here, meaning there's plenty to explore. If you're a film buff, take a detour via the Hobbit's Hideaway trail, the pathway where the hobbits hide from the black riders in The Lord of the Rings: The Fellowship of the Ring. Then be back in the city for happy hour — dream result. 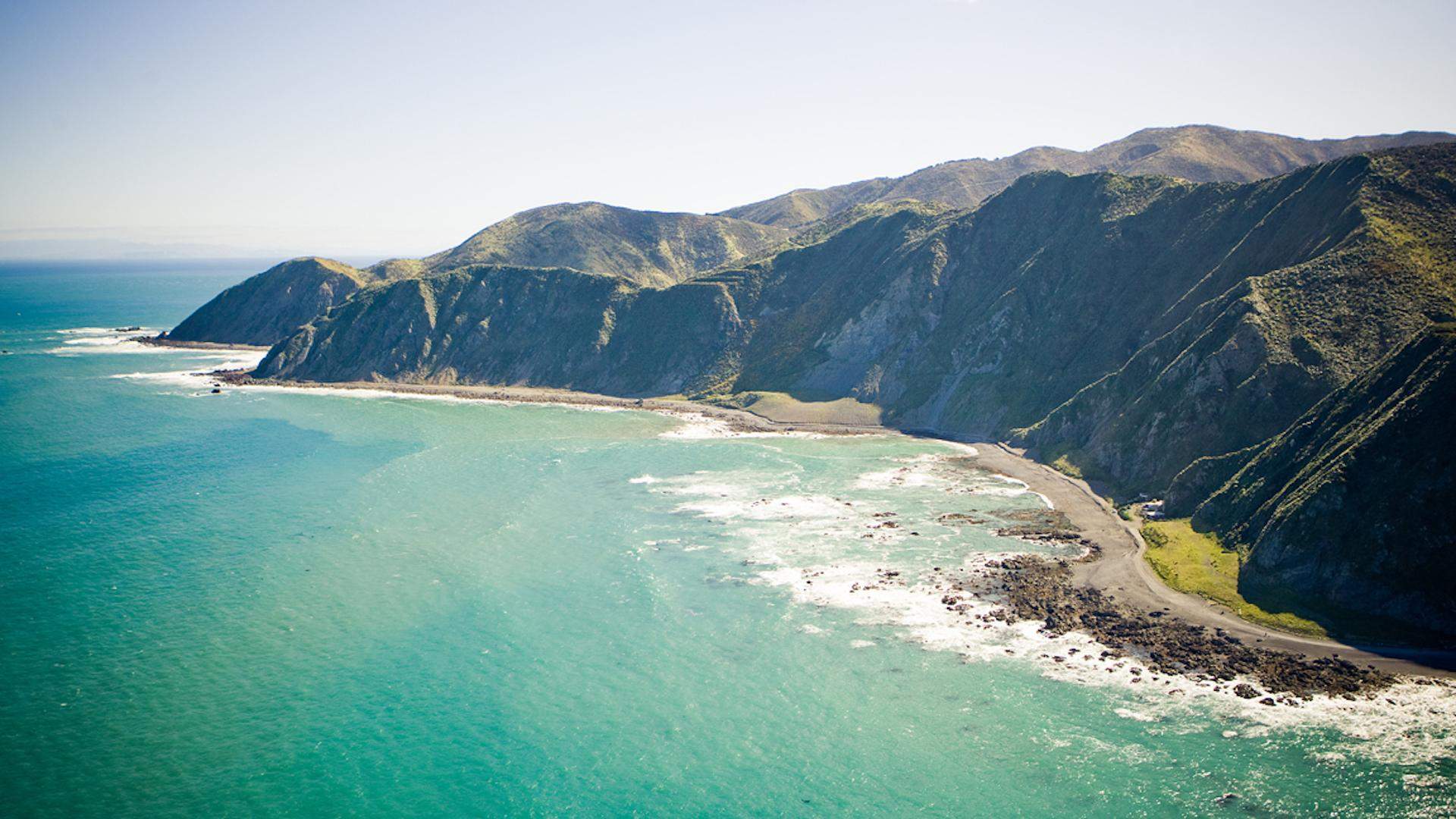 Take a walk on the wild side and explore this stretch of Wellington's rugged south coast. Starting from the car park at Ōwhiro Bay, the 5.9 kilometre (return) Red Rocks Coastal Walk weaves around the remote coastline, passing by historic baches and the dramatic, red-coloured rocks for which the track is named. Formed 200 million years ago, the unique Red Rocks are a geological wonder, also holding a special place in Māori folklore.

Along the route you'll get to enjoy epic views of the Cook Strait and, on a clear day, you'll get a peek at the South Island's mountain ranges. If you're game for a wildlife encounter, continue the walk all the way to Sinclair Head, home to a colony of fur seals, who take up residence here during the winter months. Just don't get too close as these hefty creatures can get a little grumpy.

Allow two to three hours for this easy return walk. One of Wellington's more recently opened walks, the Paekākāriki Escarpment Track is an exhilarating half-day trek along the stunning Kāpiti Coast. You can start this 9.1-kilometre trail from the train station at either Pukerua Bay or Paekākāriki before you traverse two swing bridges and weave along a steep cliff-face, with a sheer drop down to the railway line and road below.

There are a few steep sections along the way, including 1,200 paved steps, so a reasonable level of fitness is needed. While this trail is not for the faint-hearted, you can be sure that your bravery will be rewarded with spectacular views of Kāpiti Island and the sparkling coastline below.

The trail takes between three and four hours to complete. Once you've finished, catch the train back to your starting point. If you're up for a challenge, the Skyline Walkway ticks the box. This 12.9-kilometre walk traverses some of Wellington's highest peaks, between Old Coach Road in Johnsonville and Makara Saddle in Karori. Journey along the ridge tops of the Outer Green Belt and soak up expansive views of the rolling green countryside, as well as sweeping vistas of Wellington city and harbour.

The track takes about five hours to complete in one direction, but if you just want a taster, there are entry and exit points along the route so you can choose to tackle the trail in sections. The terrain can be challenging and exposed in places, so be sure to dress wisely, and bring plenty of water and snacks for refuelling. 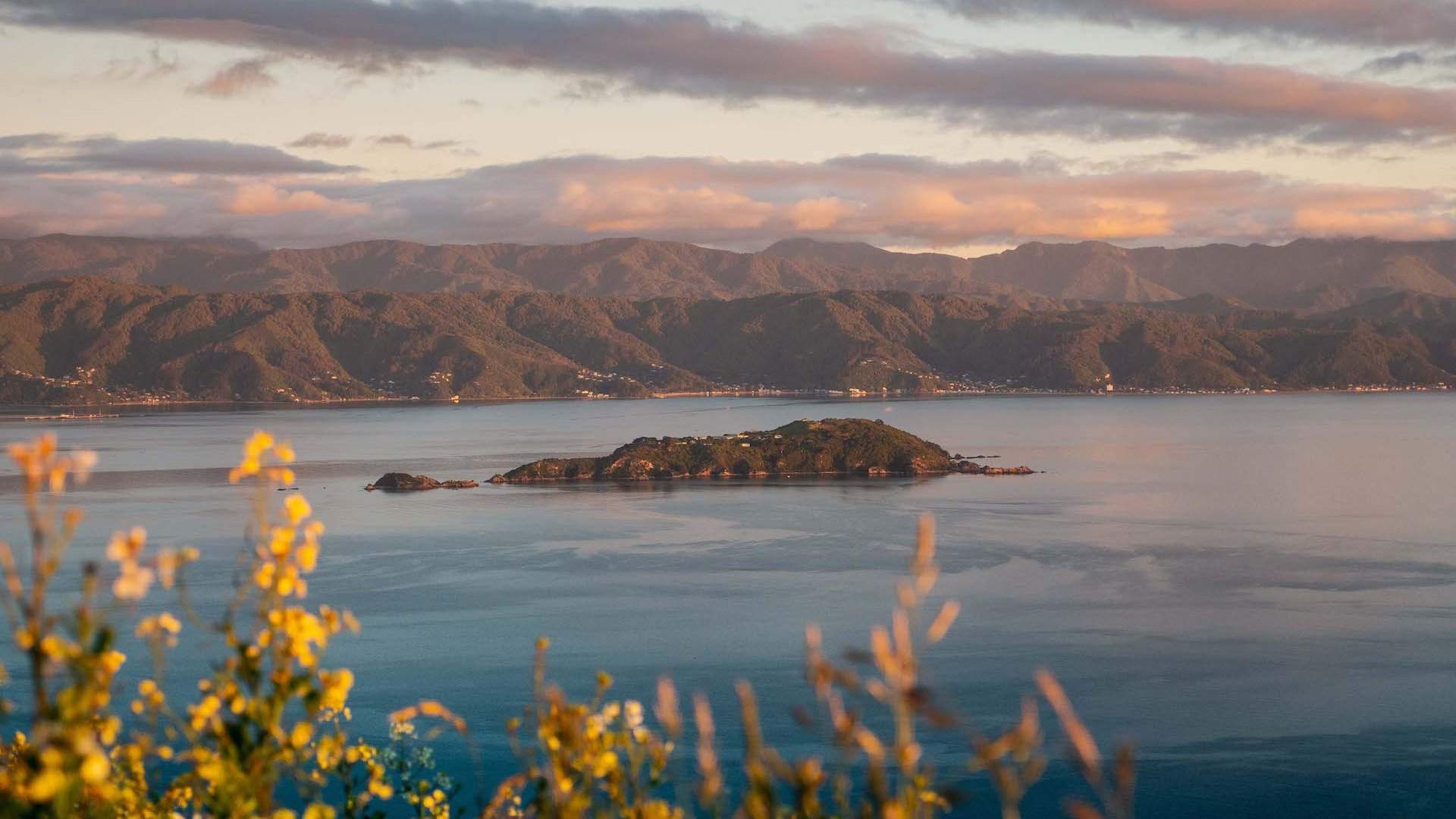 Fancy an island escape? Matiu/Somes Island, nestled in the middle of Wellington Harbour, is a convenient island getaway — no passport required. Take a short ferry ride from Queens Wharf or Days Bay and hop over to Matiu/Somes. The island is predator-free so you'll need to check for stowaways in your bags before you start exploring.

Once you set out, your best bet is to take the loop track which circles the island and takes around 40 minutes. Soak up the sweeping 360-degree views of Wellington Harbour along the way, and admire the city skyline from this unique vantage point. With WWII artefacts, old quarantine buildings, a quaint lighthouse and a thriving wildlife population, Matiu/Somes is a fascinating reserve, steeped in history and nature.

Make a day of it and take a picnic lunch to enjoy along the way. There's no need to hurry — you're on island time now. 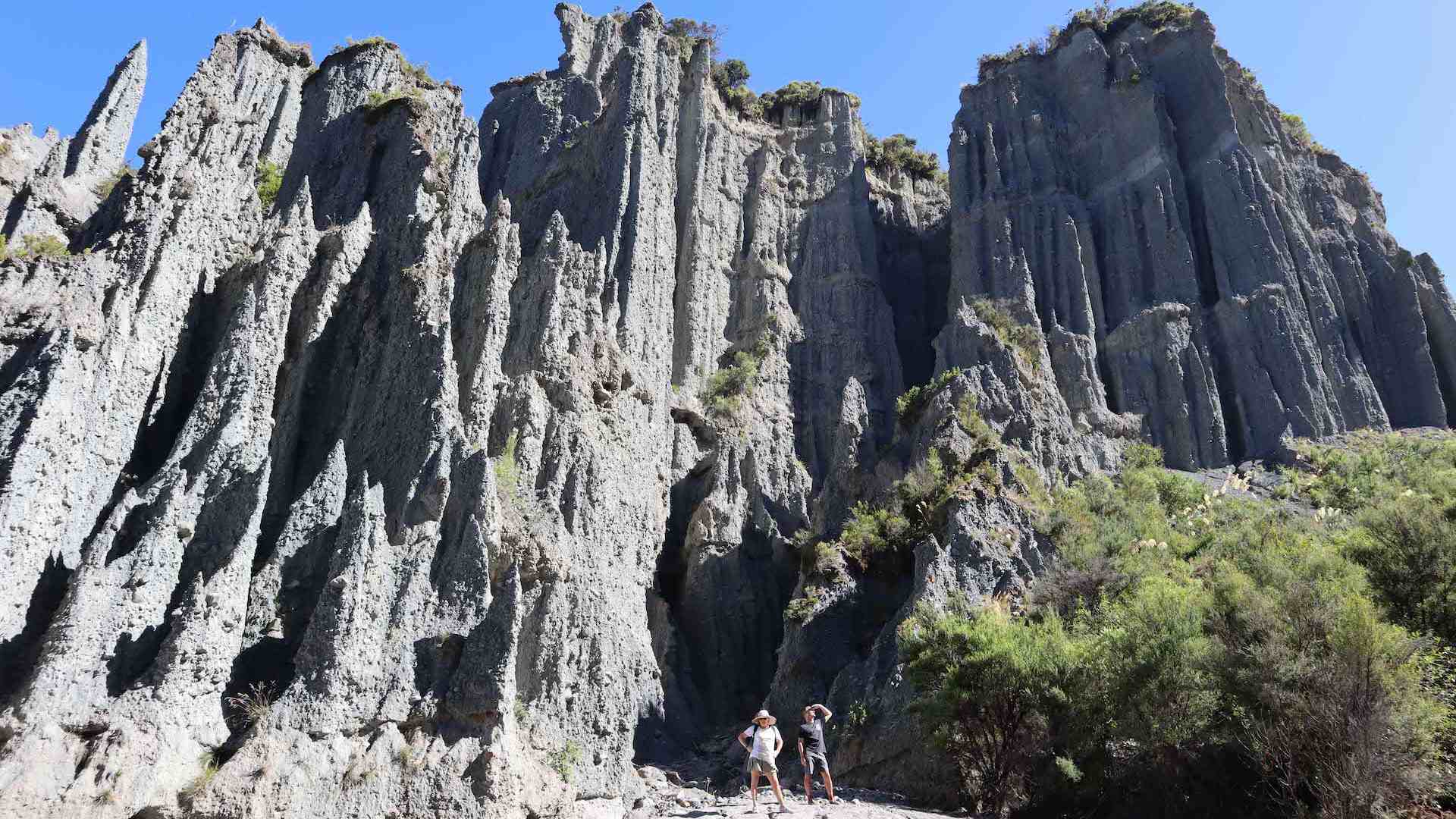 The other-worldly Putangirua Pinnacles on the Wairarapa coast provided a spellbinding backdrop in Lord of The Rings: The Return of the King. You can explore the spectacular site on one of three trails that take you right up close to these ancient rock formations. Chuck on some sturdy shoes and follow the streambed to where the Pinnacles tower overhead, making you feel teeny tiny.

To get a view from a different angle, head up the streambed to the loop track, which climbs steeply up to a lookout from where you can see the tips of the Pinnacles. Alternatively, there's an easy bush walk that leads to a lookout above the Pinnacles.

Whichever path you choose, you're in for an unforgettable trek. One of Wellington's most recognisable peaks, Mount Kaukau summit is easy to spot from almost anywhere in the city, thanks to the television transmitter perched on top. The summit walk is a favourite for locals, and once you've made the climb you'll know why.

The quickest way to the top is to start from Simla Crescent in Khandallah and take the direct summit track, which quickly leads you into lush, native bush. After a half hour or so you'll hit the peak and instantly get that 'top of the world' feeling as the sweeping harbour, city and hilltop vistas appear before you.

If you're feeling extra energetic, there's a longer loop trail that spans the hillside and includes the summit, which takes around three hours. For an easy, breezy coastal walk, you can't go past the Pencarrow Coast Road. Start from Burdan's Gate, just south of the buzzy seaside village of Eastbourne, and follow the gravel road as it weaves around the coastline. This flat trail offers up sweeping views of Wellington Harbour, with an array of coastal wildlife to spot along the way.

After a seven-kilometre walk, you'll reach the first of two historic lighthouses on this rugged stretch of coast. Take a breather on the shore, then scramble up the hillside to discover the famed Pencarrow Lighthouse — New Zealand's very first permanent lighthouse, first lit in 1859 and once operated by New Zealand's only female lighthouse keeper.

From this vantage point, you'll get to enjoy outstanding views of the harbour entrance, Cook Strait and beyond. Allow around two to three hours for the journey. Once you've landed on the island (and checked your bags for any sneaky pests), set off on the well-signposted summit trail. As you meander through dense native bush that's humming with birdlife, keep an eye out for kōkako, kākāriki and hihi among other playful birds. The climb to the top takes about two hours and is the perfect spot to tuck into your packed lunch — though you might well be joined by a cheeky weka or two, who will be more than happy to relieve you of some of your food.

After you're fed and watered, head to the lookout for jaw-dropping panoramic views across the Cook Strait and the Wellington region. It's then another two-hour walk back down to the beach. To enjoy a Kāpiti Island escape, you'll need to book ahead and travel by boat with an approved operator.