Anne Rice's popular novel is returning to the screen, with 'Game of Thrones' star Jacob Anderson taking over from Brad Pitt.

"So, how long have you been dead?" If you're a vampire being interviewed, that's the kind of opening question that's bound to come your way. More queries obviously have to follow, but it's a helluva ice-breaker — and, in the new Interview with a Vampire TV series, it's slung Louis de Pointe du Lac's way.

Set to arrive in October — in Australia via AMC+ from Sunday, October 2, with New Zealand details still to be announced — this new small-screen adaptation of Anne Rice's 1976 gothic horror novel of the same name sparks plenty of questions itself, too.  No, Brad Pitt doesn't play Louis, as he did almost 30 years ago in the 1994 movie. No, Tom Cruise doesn't play fellow vamp Lestat de Lioncourt again either. And you can guess the answers to your next two queries: no, Kirsten Dunst isn't back as Claudia, and neither is Christian Slater as the interviewer. 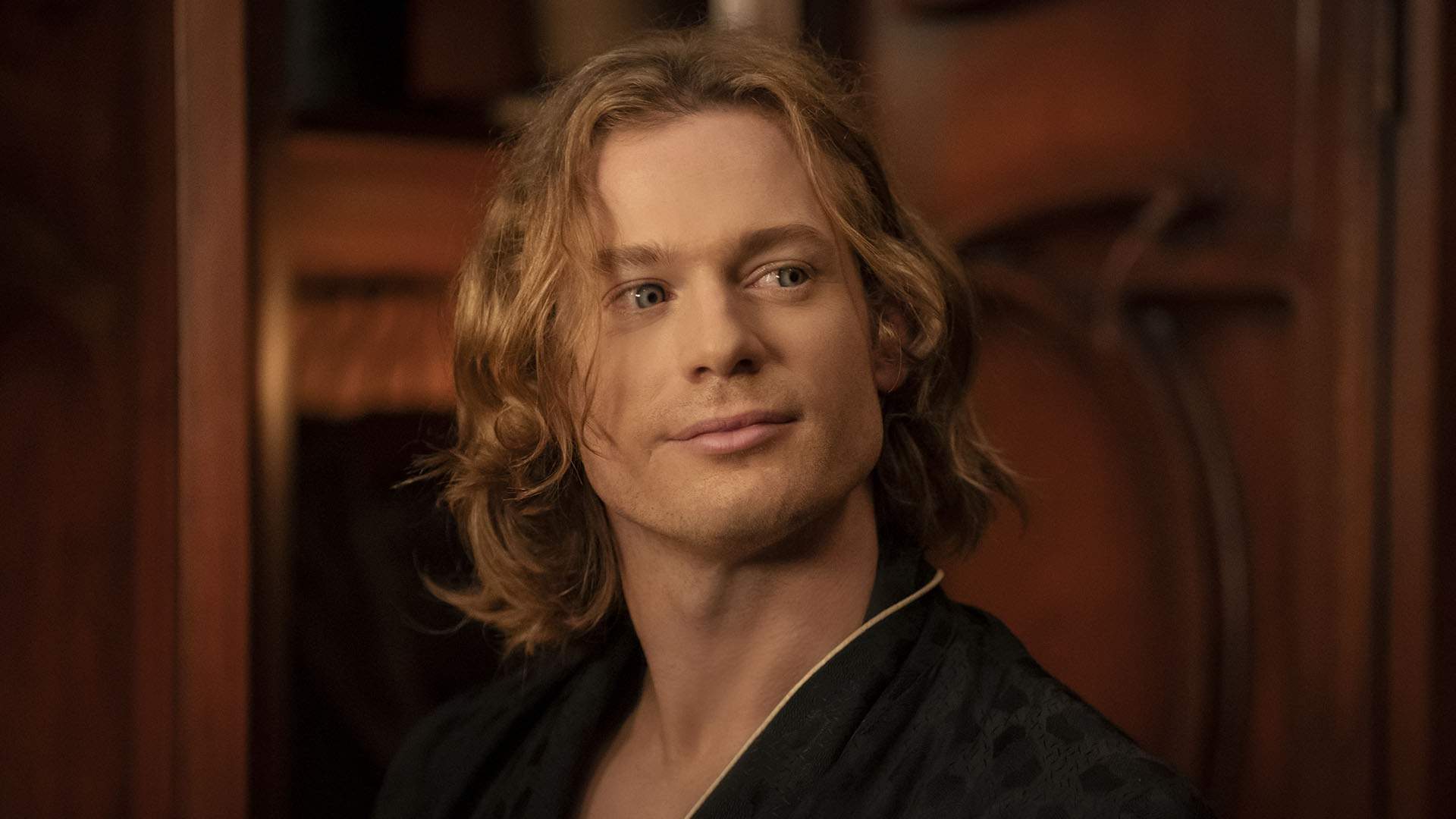 All those characters feature here, though, with the Interview with a Vampire series retelling Louis, Lestat and Claudia's tale. If you remember the flick — the film that helped push Dunst to fame as a child, well before she was an Oscar-nominee for The Power of the Dog — you'll know that it steps through the undead trio's not-quite-lives (being eternally undead might be the better way to describe it).

This time, Jacob Anderson — aka Game of Thrones' Grey Worm — is the New Orleans resident who can't resist the offer to live forever. Playing Lestat to his Louis is Australian actor Sam Reid (The Drover's Wife The Legend of Molly Johnson). As for child vampire Claudia, Bailey Bass (Psycho Sweet 16) does the honours, with the always-welcome Eric Bogosian (Succession) as probing interviewer Daniel Molloy. Like plenty of other upcoming movies and TV shows did — such as The Lord of the Rings: Rings of Power, House of the Dragon, She-Hulk: Attorney at Law, Dungeons & Dragons: Honour Among Thieves, John Wick: Chapter 4 and Black Panther: Wakanda Forever — Interview with the Vampire dropped its first sneak peek at this year's San Diego Comic-Con. With Louis' story starting in the 1900s, it's big on period details and costuming, plus a sweeping mood.

And yes, reviving 90s movies as a series is a trend that shows no signs of dying — like interviewed vampires — given that Interview with the Vampire will hit streaming queues less than two months after the new TV version of A League of Their Own does the same.

Also, Interview with the Vampire joins the film-to-TV vampire ranks, too, alongside Buffy the Vampire Slayer and What We Do in the Shadows.

Check out the Interview with the Vampire trailer below:

Interview with the Vampire will start streaming in Australia viaAMC+ from Sunday, October 2. We'll update you with New Zealand details when they become available.