The best drama on TV has only just started its long-awaited third season, but HBO has already committed to bringing it back for a fourth batch of episodes.

If you're a fan of twisty TV shows about wealth, privilege, power, influence, the vast chasm between the rich and everyday folks, and the societal problems that fester due to such rampant inequality, then 2021 has been a fantastic year. The White Lotus fit the bill, and proved such a hit that it's coming back for a second season. Squid Game, the high-stakes Korean horror-thriller absolutely everyone binged over the last month, ticks the box as well. And, so does Succession, with the much-acclaimed HBO drama finally returning for a third season. No series slings insults as savagely as this Emmy, Golden Globe, BAFTA, Critics' Choice, Writers Guild and Directors Guild Award-winner. No show channels feuding and backstabbing into such an insightful and gripping satire of the one percent, either.

Succession isn't just whip-smart, darkly piercing and frequently laugh-out-loud funny about its chosen milieu; it's the best drama on TV, one of the best-written shows on television, and among the best series all-round in general as well. So, here's two pieces of good news: firstly, Succession's third season is as biting, scathing and entertaining as viewers have come to expect, and might just be its finest yet; and, secondly, HBO has just renewed the show for a fourth season.

Neither of these revelations is particularly surprising, but they're still excellent. Announcing the renewal, HBO noted that in the US, the series' third-season premiere was its most-watched episode to-date. It did herald Succession's return after a two-year wait — a gap that left viewers with quite the cliffhanger, as well as a huge hankering for more of its witty words.

Indeed, before the series first graced TV screens back in 2018, you mightn't have realised exactly how engaging it is to watch people squabbling. Not just everyday characters, either, but the constantly arguing — and ridiculously well-off and entitled —  family of a global media baron. Those power plays and the verbal argy-bargy make Succession compulsively watchable, and so do the pitch-perfect performances that deliver every verbal blow.

Of course, as created by Peep Show's Jesse Armstrong — someone who knows more than a thing or two about black comedy — the idea that depiction doesn't equal endorsement is as rich in Succession and its brand of satire as its always-disagreeing characters. 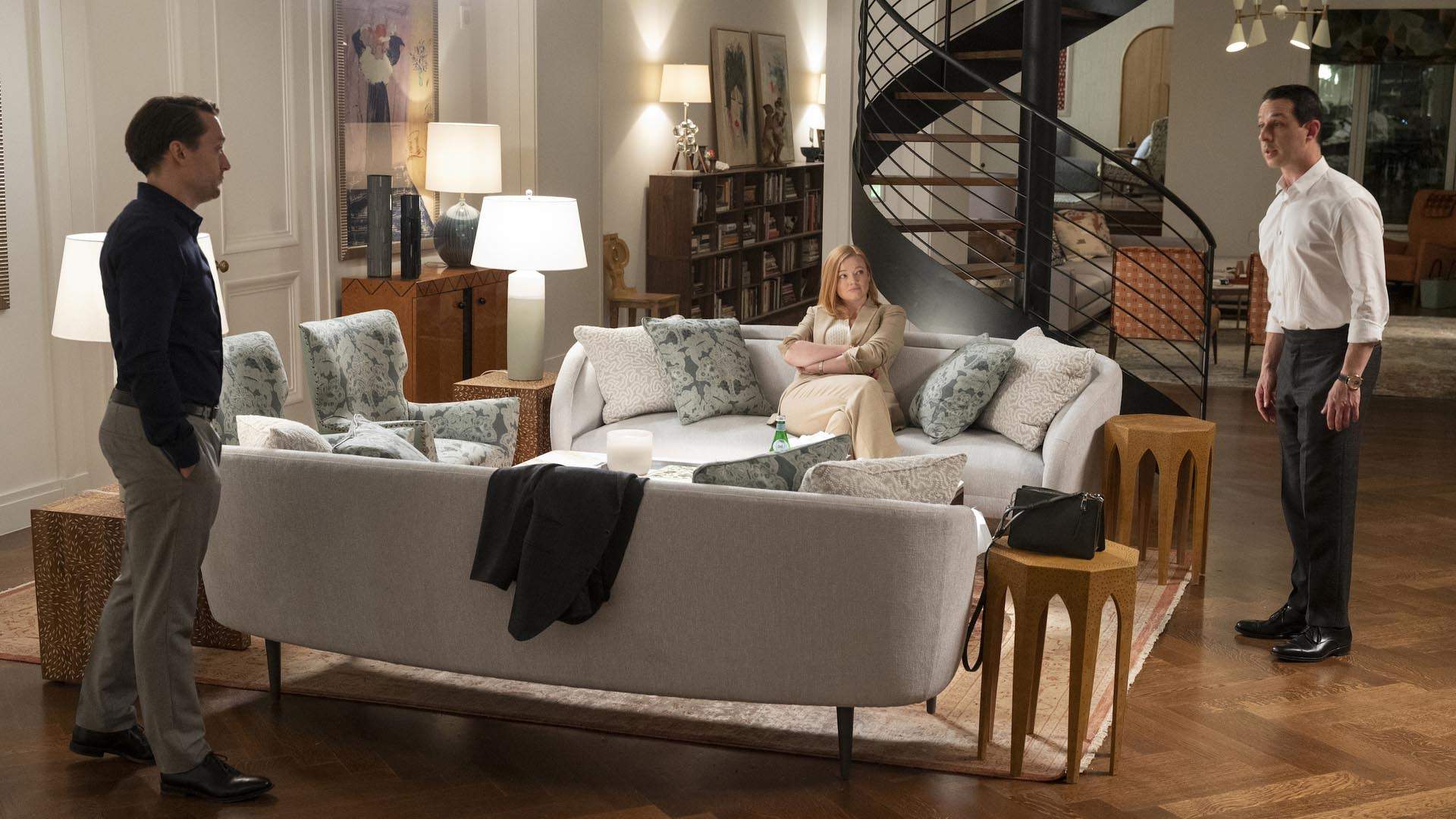 In season three, all those Roy family antics and the bitter words they inspire are in full swing yet again. Succession has always riffed on a scenario that also sits at the heart of fellow hits Arrested Development and Game of Thrones — families clashing over their empire — but this version doesn't need dragons to be ruthless. That feeling only heightened at the end of season two, when Kendall (Jeremy Strong, The Trial of the Chicago 7), the son always seen as the natural successor to patriarch Logan (Brian Cox, Super Troopers 2), decided to publicly expose the family's dark business secrets. Now, the series is wading through the fallout, with Logan's other children — Connor (Alan Ruck, Gringo), Shiv (Sarah Snook, Pieces of a Woman) and Roman (Kieran Culkin, Infinity Baby) — caught in the middle agin.

This brood's tenuous and tempestuous relationship only gets thornier the more the show goes on, and its examination of their privileged lives — and what that bubble has done to them emotionally, psychologically and ideologically — only deepens in season three. All four Roy children are still trying to position themselves as next in line at Logan's company, of course, with the future of the business in jeopardy not only due to his advancing years, or the takeover bids and government interest that've been a big part of its two seasons so far, but thanks to all the in-fighting.

When they pop up in the third season, Alexander Skarsgård (Godzilla vs Kong) and Adrien Brody (The Grand Budapest Hotel) complicate the Roys' precarious situation even further. That's this show's bread and butter, and it's glorious — and it just keeps finding the ideal cast members.

With season three only two episodes in at the time of writing, exactly when season four will hit screens hasn't been revealed. For now, you can check out the full Succession season three trailer below:

The first two episodes of Succession's third season are available to view via Foxtel, Binge and Foxtel On Demand, with new episodes dropping weekly. Exactly when the series' fourth season will drop hasn't yet been revealed.