It's one of the world's largest and longest performing arts halls — and it has just undergone a major transformation.

When the most famous and iconic performance venue in Australia gives itself a makeover, everyone should sit up and take notice. Everyone should make a date to go sit in its seats, to be precise. Obviously, Sydney Opera House is the site in question — and its largest performance space, the Concert Hall, is about to welcome back in patrons after spending the last two years undergoing a huge revamp.

The Opera House has been getting spruced up for the past ten years, actually, as part of its decade of renewal project. The Concert Hall transformation is the final and largest piece of the puzzle. In total, as funded by the New South Wales Government, almost $300 million has been spent in capital works to upgrade the Opera House overall, all leading up to its big 50th anniversary.

Plenty of events are planned to mark that occasion. The first, an Australian-exclusive season of Amadeus starring Masters of Sex, Tron: Legacy, The Queen and Twilight actor Michael Sheen, has just been announced ahead of the full program. And, that blockbuster show will indeed make use of the new Concert Hall — which is looking absolutely stunning. Wondering what's changed in the Concert Hall since it closed in February 2020? A number of things, although it remains one of the world's largest and longest performing arts halls, hosting 2600 people.

While respecting the space's heritage, it has now gained state-of-the-art theatre machinery and staging systems which'll help broaden the range of shows it can host — still spanning everything from classical music and contemporary concerts through to theatre and more, of course.

The acoustics have also been improved for both artists and audiences, covering orchestral and amplified performances. Getting technical, there's now 18 new acoustic reflectors above the stage instead of the old acrylic versions, all finished in a magenta hue that matches the Concert Hall seats. And, the space has gained special acoustic diffusion panels as well, which are key to balancing sound — and making sure it sounds true — for non-amplified gigs. Onstage, automated risers now assist the musicians in hearing each other more clearly, and there's an automated draping system that makes it easier to switch between orchestral and amplified mode — dampening reverberation, crucially.

Also, if the stage looks lower, that's because it is by 400 millimetres to improve sightlines, and make shows feel more intimate.

And, in the ceiling, there's a new theatre flying system. It helps fly a greater range of lighting and scenery, which means that the Concert Hall can stage larger-scale and more ambitious shows.

Enhanced access for people with mobility needs has been an essential part of the revamp as well, including a new lift and passageway that ensures wheelchair users and people with limited mobility can access all levels of the Concert Hall (even the Northern Foyer) independently. Accessible seating positions have doubled, too, in both the stalls and boxes. 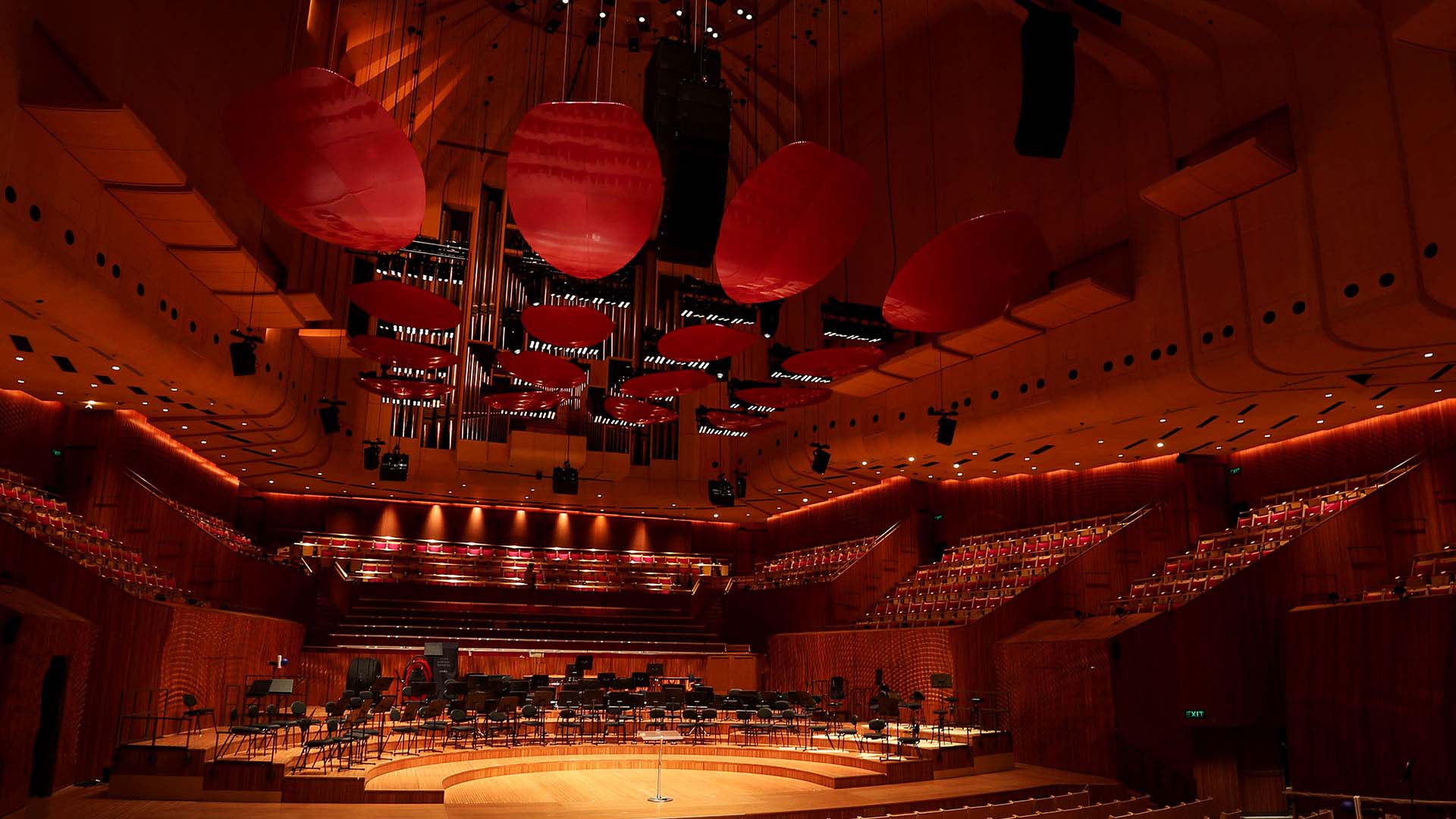 If you're keen to see the results, the Concert Hall reopens to the public on Wednesday, July 20. Expect its calendar to get mighty packed from there on in.

Unveiling the revamp, Sydney Opera House CEO Louise Herron AM said that the venue is "thrilled to be welcoming the community back to the renewed Concert Hall. Artists and audiences are set to experience world-class acoustics in a venue that is more accessible, safer and better equipped to present the full breadth of 21st century performance."

"We have been working towards this moment for a long time and are incredibly grateful to the NSW Government and to everyone else involved in making this once-in-a-lifetime project possible," Herron continued. Sydney Opera House's Concert Hall reopens to the public on Wednesday, July 20. For more information, head to the venue's website.