TUCK INTO THE MOST AFFORDABLE WINGS IN THE CITY

If you and your other half are fans of poultry pieces, then you might want to mark Thursdays in your calendar. Circle them on your wall, put a reminder in your phone, drop them into your work schedule and, if you really don't want to forget, set an alarm, too. The reason: that's when Beerhaüs in Bowen Hills is doing one-cent wings.

Nope, that figure isn't short a numeral. The special runs all day through until 7pm each and every week as well. You can even choose between seven different sauces, including teriyaki, barbecue and chipotle.

The catch? Yes, there is one, but we don't think you'll mind. You have to buy a full-priced drink to access the oh-so-cheap wings, and you can only get ten wings per beverage. Want more? Buy another beer, cocktail, wine or soft drinks, then pay another ten cents for ten more wings. HIT UP A BIG GREEK FESTIVAL

For two days each May, most of Brisbane usually heads to Musgrave Park to pretend they're in the Mediterranean. This year, though, Paniyiri will be quite different from previous years. These are the times we live in at present, so the city's massive Greek festival is adjusting.

In 2021, the fest is taking place at The Greek Club — and online. That means that there's a physical and a live-streamed component, all taking place on Saturday, May 22–Sunday, May 23.

If you and your special someone are keen to take part in-person, expect food, drink, partying and more. There's a reason that more than two million people have gone along to Paniyiri over the past four decades, after all. In a lineup that includes both free and ticketed components, the usual array of Greek revelry will take over the venue, spanning cooking demonstrations, music, fashion parades and Hellenic dancers. Fancy an abundance of olives, feta and grilled octopus as well? A Greek taverna night will treat you to a three-course dinner, with Greek singers providing the soundtrack.

Paniyiri's biggest 2021 drawcard just might be its honey puff pop-up, though — which'll be running from 12–4pm daily in the Greek Orthodox Church of St George car park. 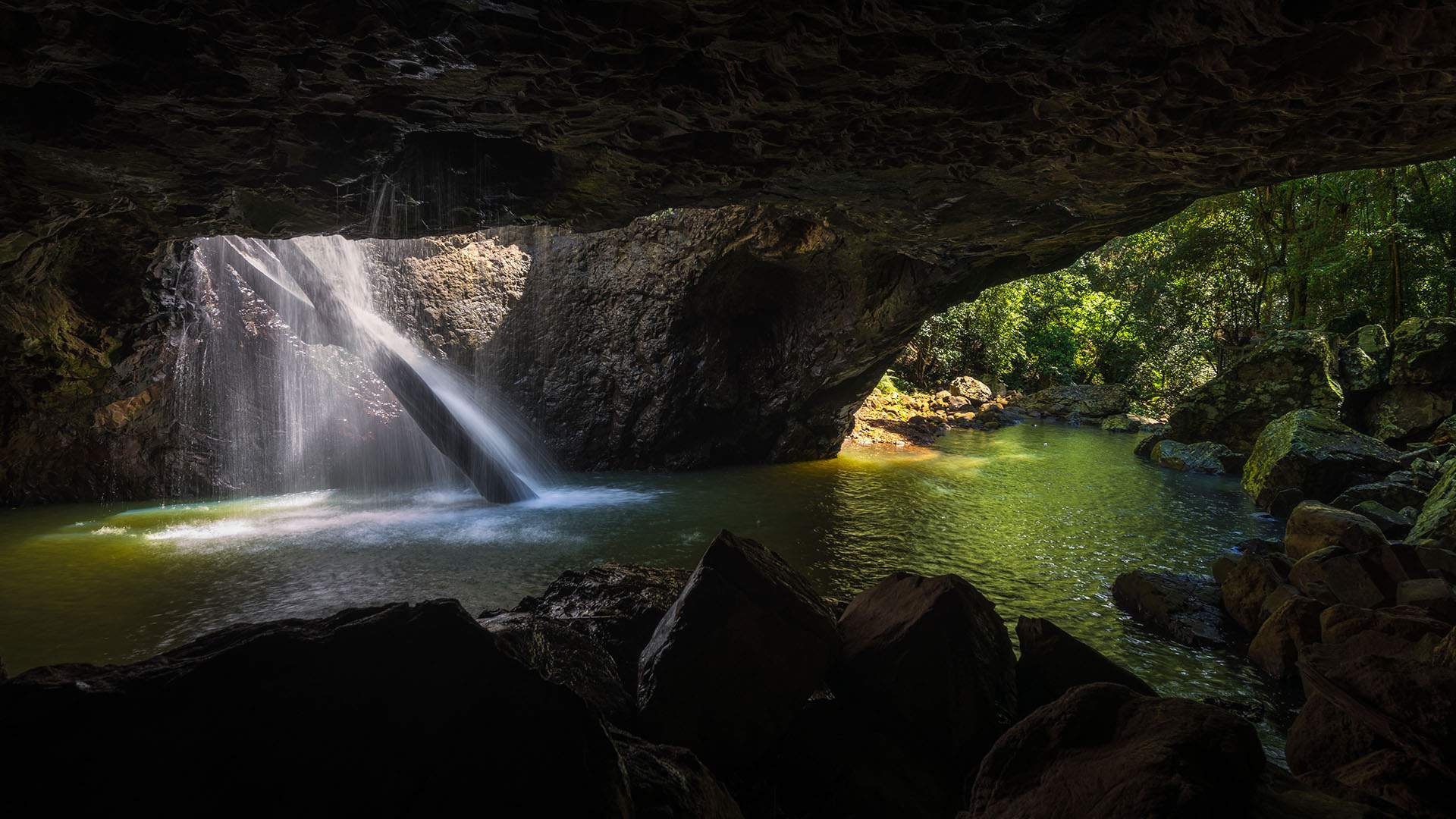 SEE OUT AUTUMN WITH A SCENIC DAY TRIP

Have you lived in Brisbane for a while? Has your partner? If so, plenty of your memories will likely involve hopping in the car, driving to the beach or mountains for a mighty fine day out, then heading home that night exhausted but happy. They're the types of trips we've all been taking lately, given that overseas travel has been off the cards for some time — and they're the perfect excuse to play tourist in your own neck of the woods.

With winter almost upon us, you can make the most of the last few weeks of autumn by hitting the road. You can keep venturing when the new season hits, of course, but sometimes you just need any excuse to go adventuring.

Keen to wander, but also don't want to make more than a day of it? Head to the Scenic Rim, get beachy at Coolangatta, or take your pick of Toowoomba, Maleny or Tamborine Mountain's lofty locales. And they're just a few places you can hit up within 150 kilometres of the Brisbane CBD. Usually, you and your favourite person don't go to someone's house to see a live theatre show. You don't normally go to an underground reservoir, sit on a tram or head to a plant nursery, either. But, as its name suggests, performances can happen in plenty of places at the Anywhere Festival. Indeed, churches, universities, gyms and golf courses are some of the more ordinary locations.

Until Sunday, May 23, this huge fest takes over Brisbane — and Ipswich, Moreton Bay, Noosa and the Sunshine Coast, too, should you find yourself venturing out of town.

On the bill is everything from theatre, comedy, dance and cabaret to music, circus, spoken word and poetry, all in the kinds of places you wouldn't normally head to for plays, laughs, shows, tunes and more. It's festival time at Brisbane Powerhouse once again, all thanks to the return of the venue's MELT: Festival of Queer Arts and Culture. Since 2015, the riverside New Farm spot has celebrated the city's LGBTIQ+ community, as well as queer creativity in general — and in 2021, that means hosting 15 events over the 11 days between Thursday, May 20–Sunday, May 30.

On the bill this year: cabaret God is in the House, which ponders and probes society's notions of morality; Lesbian Love Stories, which shares romantic tales through song (and with a rock band); People of Colours, a conversation-driven show about diversity and what it means to be home; and Jeremy Goldstein's Truth to Power Cafe, a participatory performance event that's all about the titular concept. Or, you can enjoy the crazy little thing called Killer Queens, a tribute to glam rock icon Freddie Mercury (with a bit of Prince and David Bowie thrown in), and see Showguys, an ode to 1995's Showgirls with a male and drag queen cast.

And, it wouldn't be a MELT without two of the festival's long-term favourites. So, you and your significant other can see who emerges victorious at the MELT Beauty Pageant once more, and check out visual celebrations of LGBTIQ+ during the MELT Portrait Prize exhibition.

Published on May 18, 2021 by Concrete Playground