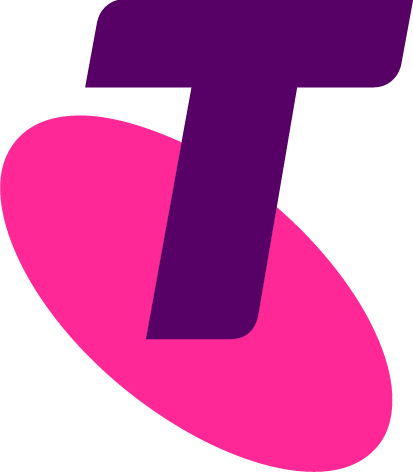 Seven First Nations artists have been celebrated at the Telstra National Aboriginal and Torres Strait Islander Art Awards on Friday, August 7. Held for the first time in a special live-streamed virtual ceremony, this year's Telstra NATSIAA was presented by journalist and Gamilaroi woman Brooke Boney, who announced the winners across several categories, each with a cash prize. The artists were chosen from a suite of 65 finalists by this year's judging panel: Director of Injalak Arts Donna Nadjamerrek, Darwin-based visual artist Karen Mills, and Curator of Araluen Arts Centre Stephen Williamson.

Each artist represents a different community, and they've shared stories of their land, the sea, their history, creation and healing through a variety of styles and mediums, highlighting the enormous and diverse talent of Indigenous artists from across the nation. You can see all the finalists' works in this year's Telstra NATSIAA via the virtual exhibition, and you can also sling a vote for your favourite artwork online in the Telstra People's Choice Award. Check out the seven winners from this year's awards, below. Wangkajunga/Walmajarri man Ngarralja Tommy May has been awarded this year's major prize in the Telstra NATSIAA. The piece, titled 'Wirrkanja' (2020), depicts flood time on the artist's country in the Great Sandy Desert. The now Fitzroy Crossing-based artist has been pioneering his unique style in a career spanning three decades; this year's judging panel noted 'Wirrkanja' shows May at his peak with a work that displays "exquisite beauty and power". May says his work shows a place significant to him; "It's the country where I lost my brother, it's jilji (sand dune) and flat country. There's a jila (living spring waterhole). It's not far from Kurtal, over two sand dunes. In flood time, the water runs down the jilji (sand dunes). This is my country and my family's country. This is my job, it's a good job." Larrakia/Wardaman/Karajarri artist Jenna Lee lives in Brisbane. Her entry artwork was created in response to the 250-year anniversary of Lieutenant James Cook's arrival at Botany Bay, marked this year. 'HIStory Vessels' is a reconstruction of the cover of a Ladybird History Book, The Adventures of Captain Cook. The interdisciplinary artist was inspired to create the artwork during an artist residency in the UK, to reclaim the omnipresent, white, patriarchal narrative of Cook and its impact on First Nations stories. She says, "I aim to take this narrative and reconstruct it as a story of personal and cultural resilience, beauty and strength." Painting on bark that was harvested from her country in the West Kimberley region, young Worrorra woman Cecilia Umbagai says she likes to use traditional materials to create her contemporary depictions of Wandjina Wunggund law, the dreaming stories of her people. The artist usually works across several mediums including acrylic on canvas and photography, and she only started working with bark in 2019. The artist says she loves the texture of the bark with its "curves and irregularities". Using earth pigments on stringybark, Umbagai's winning entry 'Yoogu' is based on traditional cave drawings of the Wandjina spirit of the boab tree, a story she remembers being told as a child. The youngest finalist in this year's Telstra NATSIAA is 18-year-old artist Siena Mayutu Wurmarri Stubbs. The winning artwork is a poem and film inspired by a school trip in 2019. Shinkansen was made on the Shinkansen (bullet train) from Nagoya to Kyoto in Japan. The Yolŋu Matha woman has grown up surrounded by her culture, family and Yolŋu lore, which she explores in all of her artistic endeavours. In such a short career the artist and filmmaker has already won multiple awards for her non-fiction, and curators remark that her work conveys a maturity beyond her years. In his artworks, Alice Springs-based Warlpiri artist Adrian Jangala Robertson often refers to his mother's country, Yalpirakinu. Revering the ridges, trees and desert mountains that make up the landscape, Robertson's painting style is described as being loaded with energy and drama. Born in Papunya in 1962, Robertson witnessed the emergence of the Western Desert painting movement, which informs his style to this day. Typically using a minimal range of colour, the widely respected landscape artist injects character and movement into his work with brushstrokes that he says are his connection to his country and "loaded with memories". His winning artwork is a synthetic polymer paint on canvas titled 'Yalpirakinu' (2020). Coming from a lineage of prolific and award-winning bark painters, Yirrkala-based Munuŋgurr, of Djapu and Balamumu clans, has carried on the tradition of her family in her creation of ground-breaking bark installations. The artist grew up assisting both of her parents with their own bark work, and in particular her father Djutjadjutja with his sacred Djapu paintings that also won him the Bark Painting Award in the 1997 NATSIAA. For this year's award, Marrnyula created a cross hatching grid pattern — a sacred design for the freshwaters of the Djapu clan at the clan's homeland of Waṉḏawuy. Unlike her other well known artworks in which the artist creates large-scale installations using hundreds of small pieces of bark, this time the artist has chosen to create the same effect on just one piece of bark. The winning stringybark is titled 'Muṉguymirri' (2020), which means 'in small pieces'. 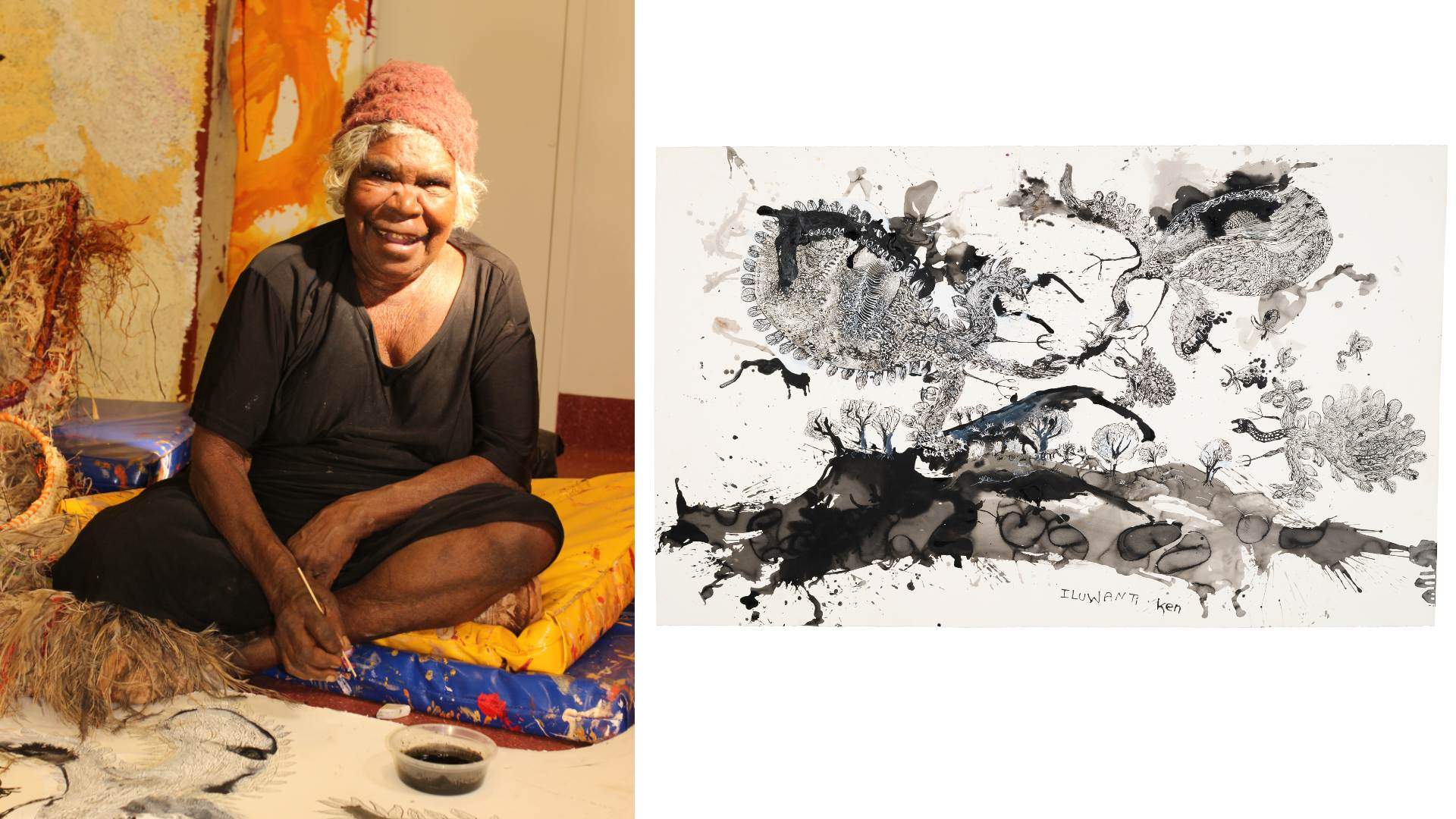 Winner of the Telstra Works on Paper Award — prize $5,000

Pitjantjatjara artist Iluwanti Ken, who is from Watarru and now based in Rocket Bore community in the NT, says birds have lessons for Anangu women about how to hunt and how to care for one's children. A highly respected ngangkari (traditional healer) and a skilled tjanpi (grass sculpture) weaver, Ken is mostly known for depictions of hunting eagles. Ken's winning ink on paper entry, 'Walawulu ngunytju kukaku ananyi (Mother eagles going hunting)', tells the story of female adult eagles hunting for food and bringing it back to feed their babies. The artist says birds are like Anangu mothers in that they protect their babies from outside dangers.

Take a look at the virtual gallery and vote for your favourite artwork in the 2020 Telstra NATSIAA People's Choice Award.