The Woman Behind Times Square Sets Her Sights on Australian Cities

Janette Sadik-Khan says our streets should be more like living rooms.

In as much as anyone can be one, Janette Sadik-Khan is an urban development rockstar. Spearheading the re-design of both New York City's transport system and the world-renowned Times Square public space, she is a global leader in her field. And, in speaking at this year's Velo-City conference in Adelaide, Sadik-Khan has offered some advice for Australian cities. Namely, our streets should be more like "living rooms" and — surprise, surprise — we definitely need better bike lanes.

With six years under her belt as the Transportation Commissioner of New York City, this lady knows exactly what she's talking about. "Our streets are where we play and meet, kind of like the living rooms of New York," she told the crowd at Velo-City this week. Fighting a war against congestion, Sadik-Khan endeavoured to make New York's public spaces accessible for all — walkers, cyclists, drivers and those relying on public transport.

In one of her biggest projects, last year she transformed Times Square into a communal pedestrian space with hundreds of fold-out chairs. It proved to be a huge win for businesses as well as the local community, and in fact shot the area into the top ten retail spaces in the world for the first time ever. In her trip down under, Sadik-Khan has praised cities such as Sydney, Adelaide and Auckland, stating that they seem to have a great deal of leadership at the local level. In fact in just this last week, Sydney has announced a new speed limit for their CBD in order to limit pedestrian accidents, and Melbourne City Council is considering the closure of many main streets in favour of an innovative new walking plan.

However, the area all cities are lacking in is undoubtedly their facilities for cyclists. Sadik-Khan claims we must invest in better bike lanes and sustainable bike-share programs. Though many of our major cities have such programs in place, they're understandably not functioning as well as they could. With car doorings a regular occurrence, and animosity towards cyclists at an all-time high, it's clear more can be done.

Of course, New York is far from the perfect example. I personally would be terrified to ride my bike through the main city streets and I don't think the local cabbies would be happy to share the road with me either. But it's undoubtedly a beacon of hope. With your feet up on a deck chair in the middle of an NYC icon, you can't help but think something's gone right. 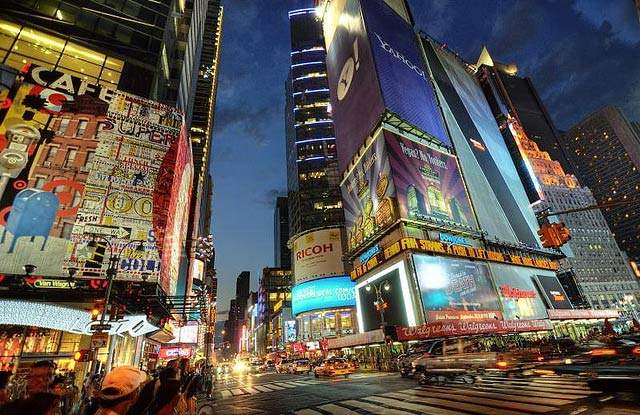