Snake Plants and Devil's Ivy: How This Gold Coast Nursery Continued to Grow During Lockdown

People were buying plants in volumes usually only seen at Christmas.

To put it lightly, 2020 has been a pretty surprising year for most. And, while so many small businesses have been forced to downsize in recent months, business owner Lauren Lance found herself in an unexpected position: signing the lease on a second location for her bespoke plant store, The Borrowed Nursery.

"I've been so fortunate that I'm in an industry that has seen growth," says Lance. "People are taking more pride in their house because they're spending more time in them."

Pre-COVID-19, Lance's focus for The Borrowed Nursery was for it to be a plant hire company servicing people from Brisbane to Byron Bay. The initial inspiration struck when helping some friends plan a wedding. "We were mixing and matching pots to plant succulents in, and I thought there might be something in this idea," she says.

As a former interior designer, Lance quickly identified a gap in the market. "There was corporate plant hire available, but nothing where you could be a bit more creative about what you were choosing," she says. "It was all about finding an identity of our own. We wanted to focus on a more 'design' approach." The early days were a flurry of activity, and Lance remembers scribbling down her daily figures on scraps of paper: "I was not tech savvy. Eventually I realised I needed systems in place, to see which plants were doing well, and where we were making money."

After starting with a traditional point of sale system, Lance moved the business across to Square. "We had a machine from a bank, but there were too many limitations. With Square, we could still get all the information and tracking we needed, but it was more user-friendly and cost-effective for the business."

After outgrowing its original space, The Borrowed Nursery moved into a new spot at Mermaid Beach. Now with triple the floorspace, Lance was able to start offering the nursery for event hire, too. The industrial-chic venue is a dream location, with soaring ceilings, exposed beams, painted brickwork, and peach-hued doors. Unsurprisingly, the hiring arm of the business was a huge success, and Lance was able to hire the space out for weddings and engagement parties, baby showers, corporate workshops and photo shoots.

The business was moving rapidly when suddenly the industry came to a standstill. Under Queensland's lockdown restrictions, with weddings and events postponed indefinitely, The Borrowed Nursery had to pivot in order to survive. "It was really nerve-racking at the start. The plant hire and event hire just completely dried up," she says. Luckily, Lance was able to lean into the online retail side of the nursery, and noticed that people were buying plants in "volumes we usually only see at Christmas". Shoppers were particularly interested in air-purifying plants, with increased sales of snake plants, ribbon plants and devil's ivy.

With people entertaining more at home, The Borrowed Nursery was also quick to boost its homewares line, adding cheeseboards and platters for sale. "Last week we even branched out and added in a cocktail mix, which is kind of random but it's really working, and it's nice to support another local brand," says Lance.

Going forward, the business owner is excited to open her next outpost of The Borrowed Nursery, at a location recently secured in Albion, Brisbane. 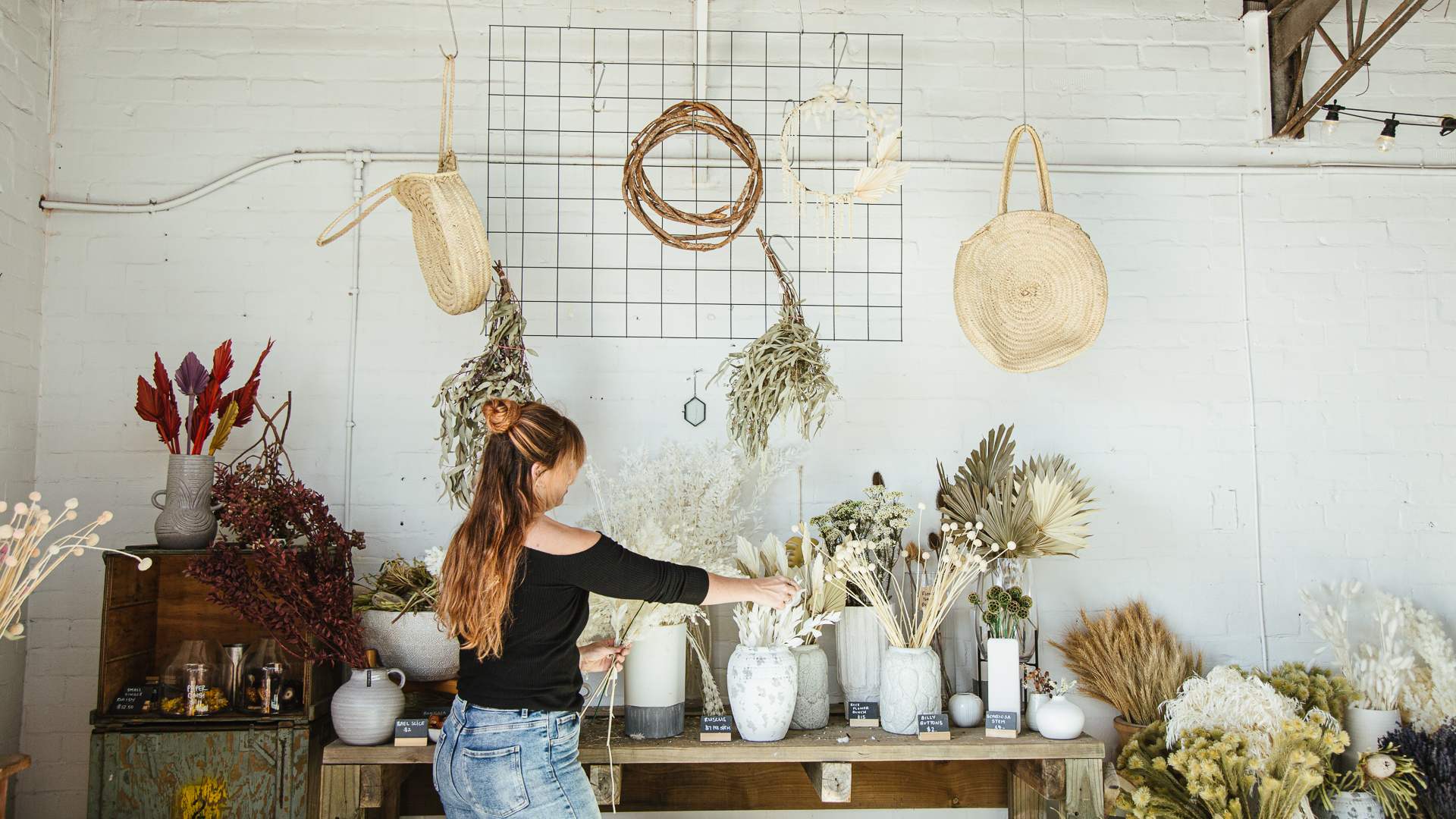 Following Queensland's lockdown period, The Borrowed Nursery is currently focusing on traditional bricks and mortar retail. But Lance feels confident the e-commerce side of the business will be supported as it expands.

"Square helped us with Click and Collect, and it's good to know that it's in the background for our next stage," she says. "You have to ride the wave. You have to be resilient. And you have to remember what your motivation is. For me, it was always about creating something from nothing, creating something truly unique, so that has kept me going."

Find out how Square is supporting small businesses with the tools they need to grow, here.