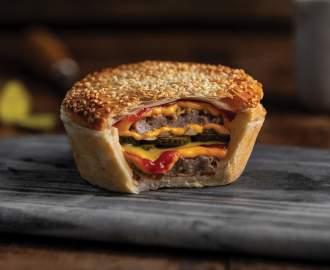 Widows begins with images of both passion and peril, contrasting intimacy with anarchy and the everyday with the extreme. Against crisp white sheets in their well-appointed Chicago penthouse, Veronica (Viola Davis) and Harry Rawlings (Liam Neeson) embrace. In a van filled with stolen cash, Harry also leads a gang of thieves that are being pursued by the police. Directing his fourth film, Steve McQueen jumps between the two scenes throughout Widows' opening moments, letting blissful domesticity and a chaotic chase clash together. It's an effective juxtaposition for many reasons, including the technical flair on display from McQueen's regular cinematographer Sean Bobbit (On Chesil Beach) and returning editor Joe Walker (Blade Runner 2049). It also couldn't better encapsulate this stunning heist movie.

When Harry's job goes wrong, Veronica is left a widow. So are the wives of his accomplices, though mother-of-two Linda (Michelle Rodriguez) and Polish transplant Alice (Elizabeth Debicki) don't know each other, let alone Veronica. But this trio of women from different backgrounds has more in common than just their grief. The lives they previously knew explode in the hail of gunfire that claims their husbands, leaving them all struggling to get by. Moreover, they become targets for a local crim turned aspiring politician (Brian Tyree Henry), who needs the $2 million that Harry pilfered to battle his corrupt opponent (Colin Farrell) at the polls.

Pierce the veneer of normalcy, and desperation follows. That's Veronica, Linda and Alice's shattered situation in a nutshell, with tough times calling for tough decisions and deeds. To deal with the mess they're now in, the three ladies decide to stage their own heist, using plans left in Harry's secret notebooks. Remaking the 1983 British TV series of the same name, writer-director McQueen teams up with Gone Girl's Gillian Flynn to paint a portrait of women doing what they have to to get by. That the uncaring, unjust and inequitable world has led them to this juncture never escapes attention. Nor does the fact that these ladies — including hairdresser-turned-getaway driver Belle (Cynthia Erivo) — are all too accustomed to society turning them a blind eye.

A slick thriller with much to show, just as much to say and plenty of grim, purposeful swagger, Widows achieves what few heist flicks manage. When it comes to the nuts and bolts of the genre, it glides forward with exacting precision and bristling tension. When it comes to giving resilient, enterprising but far-from-perfect women their due — and in a testing situation, too — the film builds complex, capable and compelling characters. And when it comes to making a statement, McQueen and Flynn don't hold back. They're subtle more often than not, knowing that the most potent tool in their arsenal is simply depicting what these ladies are going through. That said, they also know when nuance isn't enough. A moving #BlackLivesMatter moment packs a blunt but powerful punch, for example.

In short, Widows is the sum of its parts in the best, smartest and most entertaining possible manner. McQueen's knack for devastating drama, as so exceptionally deployed in Hunger, Shame and 12 Years A Slave, meets Flynn's knack for twisty female-driven tales — and both meet the well-oiled crime plot of Lynda La Plante, who scripted the original television show. The combination gives Widows a layered, lived-in feel that makes its quiet moments of mourning land hard and its action scenes land even harder. 2018's other caper about light-fingered ladies, aka Ocean's 8, this decisively isn't.

Men play their part here, in the form of Neeson's criminal mastermind, Farrell and Henry's warring politicos, and Daniel Kaluuya as the latter's vicious enforcer brother. As the title suggests, however, Widows is firmly about women who've had much taken away — and who are fighting to survive the latest blows life has sent their way. The movie's lead actors are all fighting too, putting in career-best work across the board. Like their characters, there's much that connects Davis, Rodriguez and Debicki, who all say as much when they're not speaking as when they're uttering the film's smart dialogue. But perhaps the thing that binds them best is the multifaceted picture of womanhood that they offer. They're fragile and fierce, confident and uncertain, and messy and motivated all at once. Singling out one of their performances is no easy task, although Davis leads the charge. If you encountered her commanding, heartbroken protagonist in real life, you'd likely follow her.