From December, you'll have a new riverside Eastern Mediterranean-meets-Middle East place to eat — and from early 2023, Babylon Gardens will open with an almost 1000-person capacity.

Thanks to its line of office towers, it's easy to walk along Eagle Street and forget that the CBD roadway sits right next to the Brisbane River. Indeed, from the street, 145 Eagle Street looks like any ordinary, average, everyday building, complete with the obligatory cafe out the front. Stroll around the back, however, and an eye-catching riverside space awaits — aka the new home of Babylon Brisbane.

Heroing Eastern Mediterranean-meets-Middle East cuisine, Babylon already has a Sydney venue, which opened on a rooftop back in 2019. For its Brissie move, the eatery is swapping a sky-high perch for a prime waterside three-level position, which'll play host to a restaurant, outdoor bars and terraces. 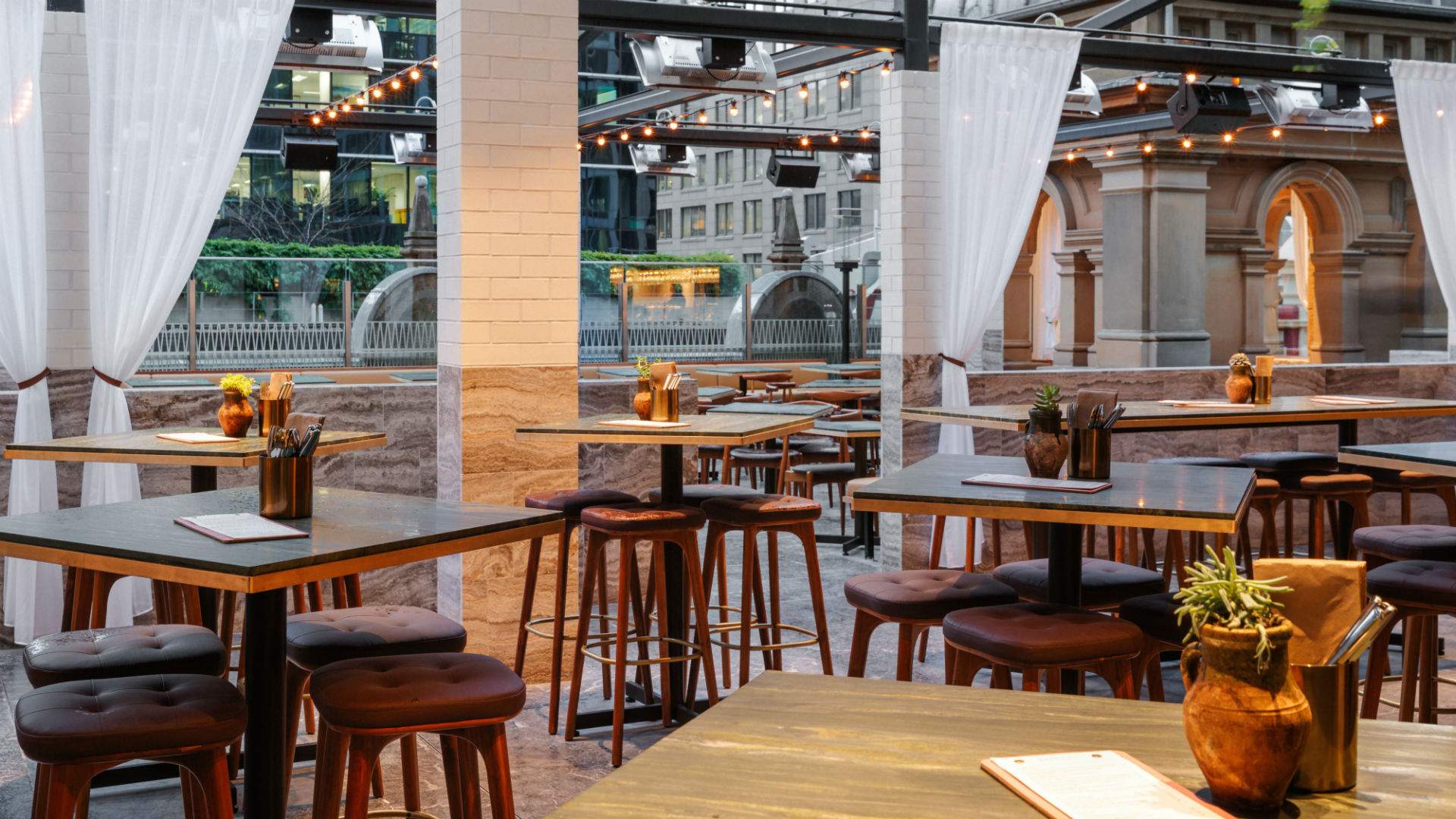 From mid-December, Brisbanites will be able to tuck into a bite to eat for lunch and dinner at Babylon's debut Sunshine State spot, which hails from Mantle Group Hospitality (aka the Queensland-based company behind the Pig 'N' Whistle pubs, The Charming Squire, Jimmy's On the Mall, The Sound Garden, The Summit, Tai Tai, Milano and more). The 120-seater restaurant's kitchen will be overseen by Head Chef Ferdinand Sari, who has put together a share-heavy menu with his Babylon Sydney counterpart Robert Taylor. On the Levantine cuisine-inspired lineup: meze, gozleme and house-made breads, plus a heap of wood-fired dishes and a focus on seafood.

Also in December, Babylon Brisbane's 14-person private dining room will open; however, both it and the restaurant will have a scenic sibling from early 2023. Although the exact launch date is yet to be announced, the site will also welcome Babylon Gardens in the new year, which is where all of those outdoor bars and terraces come in. If you're keen on a drink, you'll have multiple spots to grab a beverage and hang out across the venue's trio of levels, which will cascade down along the river. In total, Babylon Gardens will boast an almost 1000-person capacity, too, so expect it to be busy.

The design vibe: sprawling, befitting the space, plus the Babylon look and feel already established in Sydney. The two venues share the same architect in Brisbane's Hogg and Lamb as well, and you can again expect the fitout to take its influences from the titular metropolis of old. Find Babylon Brisbane at 145 Eagle Street, Brisbane from late 2022, opening in stages — we'll update you with an opening date when one is announced.