Rum is more than just a sailor's drink. First US President George Washington ordered it by the hogshead and it's rumoured that the Kennedys were rum runners during the Prohibition. Famed writers Hemingway and Lord Byron drank it. You've probably had it from time to time, too.

Coming in many forms — namely light, dark and spiced — and, with its ties to pirates and tropical islands, rum's a good thing to sip when you're feeling a bit adventurous. In preparation of many balmy nights of drinking it ahead, we've teamed up with RUM Co. of Fiji to get you across what you should know to become a rum connoisseur. Read on to discover everything from a bevvy of fun facts about the spirit to the recipe for a simple (but impressive) cocktail you can make at home. A QUICK NIP OF RUM HISTORY

Made from sugarcane byproduct, it makes sense that rum first came from the Carribean in the early 17th century — back when sugarcane plantations were big business. Plantation slaves discovered that the molasses (the byproduct) could be fermented and turned into alcohol. Ironically, rum went on to become an integral part of the triangle between Europe, Africa and North America trade. So, its history is troubled.

It's connection to seafarers stemmed from there, with sailors often being paid in the stuff. The British Royal Navy even rationed it out to prevent scurvy outbreaks.

These, days rum's made in every corner of the world. However, you'll often find it distilled in tropical paradises such as Fiji, where the climate and fertile volcanic soil are perfect for sugarcane production. Handy, too, seeing as it's closer to Australia than the Caribbean. 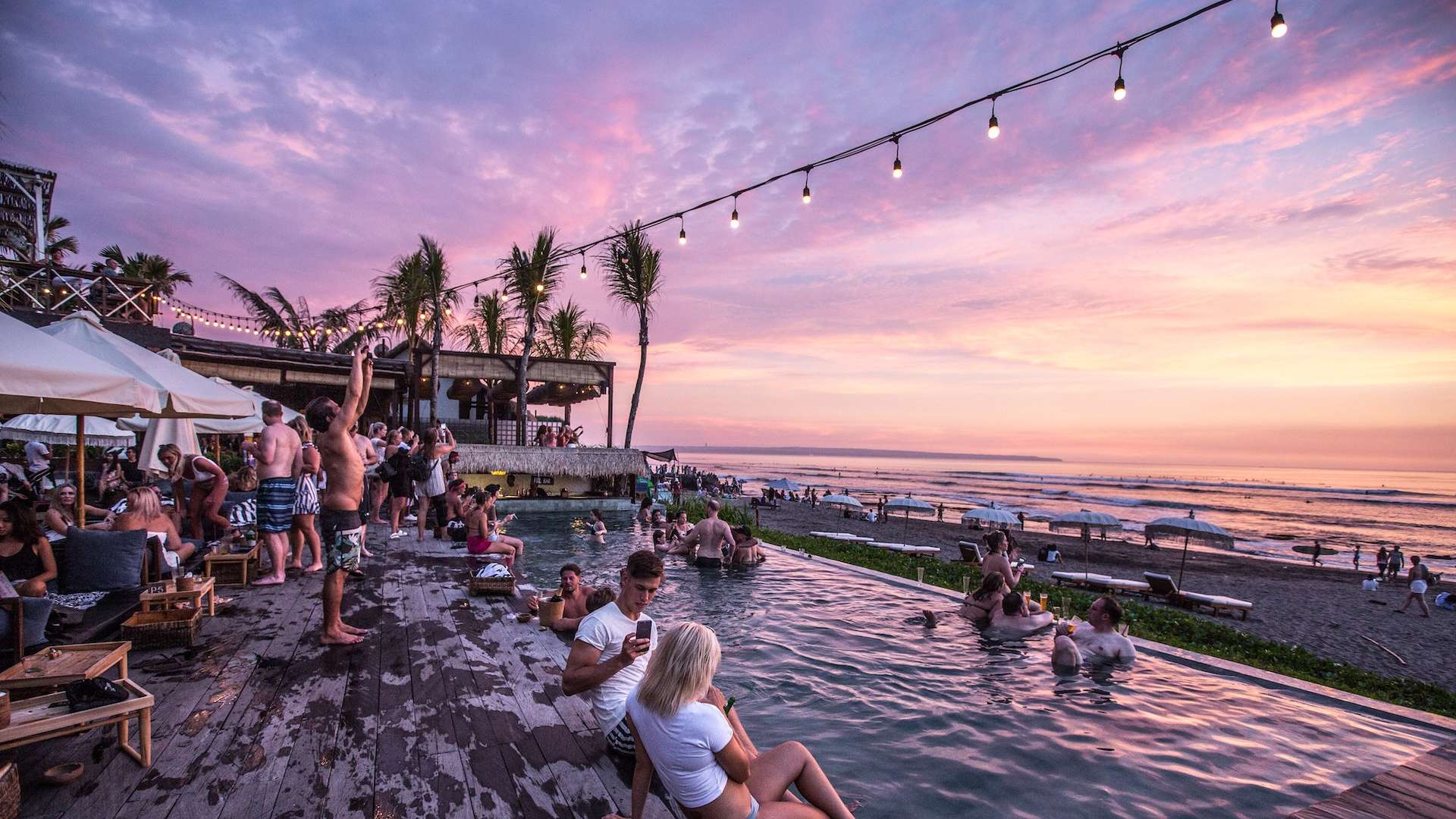 SOME FUN RUM FACTS TO IMPRESS YOUR MATES WITH Now that you've got the background knowledge down, you need to continue your education by perfecting a classic rum cocktail for the big day. And, as the weather begins to warm, we're craving a drink which is fun, tropical, zesty and a little bit spicy.

The classic daiquiri, made with just rum, lime juice and sugar shaken over ice, originally comes from Cuba. It's the kind of cocktail to order when you want to pretend you're sunbaking on a tropical island somewhere.

This take on the Caribbean classic uses top-quality rum — RUM Co. of Fiji's Bati spiced rum — with fresh lime, a spiced syrup and coconut water. BATI rum is part of RUM Co. of Fiji's range, made from hand-cut sugarcane and filtered through coconut shell carbon then matured in oak barrels. Made on the north western coast of Viti Levu island, RUM Co. of Fiji produces both BATI and RATU rums, which are hand crafted from cane to label and aged from two to over ten years.

So, while this daiquiri may not be a far cry from the OG drink, it certainly brings its own Fijian twist. Hot tip: you'll want to serve this one cool. Ice cold, in fact.

Here's everything you need to make this punchy and tropical tipple.

Pour all ingredients into a boston shaker and shake over ice for at least 30 seconds. Strain.

Feeling Adventurous? Start planning for the warm season and learn more about the RUM Co. of Fiji range here.

Published on August 14, 2019 by Cordelia Williamson