Inside Netherworld, Brisbane's New Retro Arcade and Board Game Bar

We had a sneaky first play of Street Fighter II.

Shelves of board games. Rows of arcade games. A wall of old-school consoles with retro televisions to match. Daytona given pride of place. The sound of The Simpsons' theme filtering through the playing space. Welcome to Netherworld, Brisbane's first arcade game bar — and your next hangout. If you like hitting flippers, smashing buttons and passing go, all while drinking brews and eating burgers, you'll like it here. Trust us.

"This isn't a nerd dungeon," co-owner Benjamin Nichols — who local drinkers might recognise from Milton's The Scratch — is quick to offer about the new Fortitude Valley venture, which opens its doors to the public at midday on January 7. Alongside his The Scratch collaborator Kieran Ryan and avid pinball wizard James Angliss, Nichols is eager to make the fresh addition to Fortitude Valley an accessible venue for everyone keen on pairing their beverage with something fun. Like fellow newcomer Holey Moley Golf Club just a few blocks away, having a good time is the name of the game here (and yes, shuffling between the two is about to become Brisbane's best pub crawl). 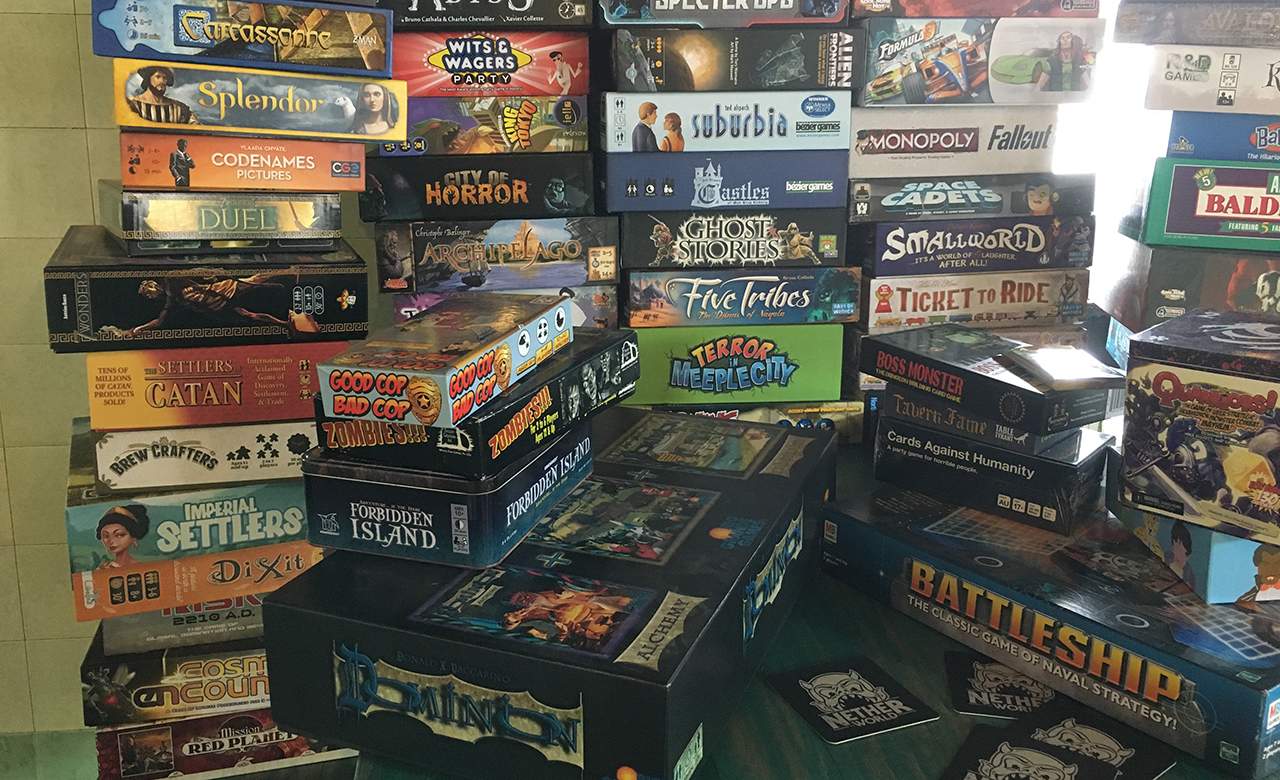 From the moment you walk into Netherworld, you'll notice a laidback vibe — and games a plenty, unsurprisingly. When Concrete Playground stopped by the Brunswick Street and St Paul's Terrace corner establishment that has previously been known as The Shamrock, The Step Inn and the Underdog in older guises, the finishing touches were being made ahead of the bar and diner's grand opening, which meant that a tower of board games was the first thing that caught our eye.

If cards, counters, dice and decks all form part of your preferred kind of gaming, you're in luck. Everything from a Fallout-themed edition of Monopoly to Settlers of Catan to Balderdash are set to line Netherworld's shelves among a selection of around 100 titles. They'll all be free to play for patrons — and if there's a better thing to do while knocking back one of the bar's craft beers, with a focus on local brewers and two exclusive branded tipples of their own, we can't think of one. Okay, maybe we can: roaming between the venue's three rooms pumping shiny Netherworld tokens or $1 coins into 37 pinball and arcade machines, the main attraction. Mosey past the heritage-listed bar itself — which has been given a nice touch up, but still boasts the requisite retro feel for anyone feeling nostalgic — and you'll find all of the titles you've been dreaming of since the place was first announced in October last year. That means NBA Jam, Space Invaders, Frogger, Centipede, Double Dragon, Street Fighter, Pac Man, Donkey Kong and more, with the range due to change and rotate. Pinball-wise, prepare to blast some balls through Ghostbusters, The Addams Family, Metallica, The Twilight Zone, Batman, Tales from the Crypt and Flash Gordon tables, among others, plus one dedicated to those English rocker pinball wizards and their rock opera album, The Who and Tommy.

There's more, namely Nintendo, Sega and Atari video game consoles hooked up to classic TVs (because you can't go OG with one and not the other), plus bright, lively murals pushing Netherworld's monster theme, and a few spooky characters if you look up in the right spot. A stage, projector and pull-down screen sit at the end of the space, meaning that live gigs — like video game theme-playing five-piece band Boss Fight's set on opening night — and more are in the hangout's future. Nichols and co. are keen to work with the local creative community, including artists, musicians and filmmakers; indeed, a Netherworld-set short film is due to emerge in the coming weeks. 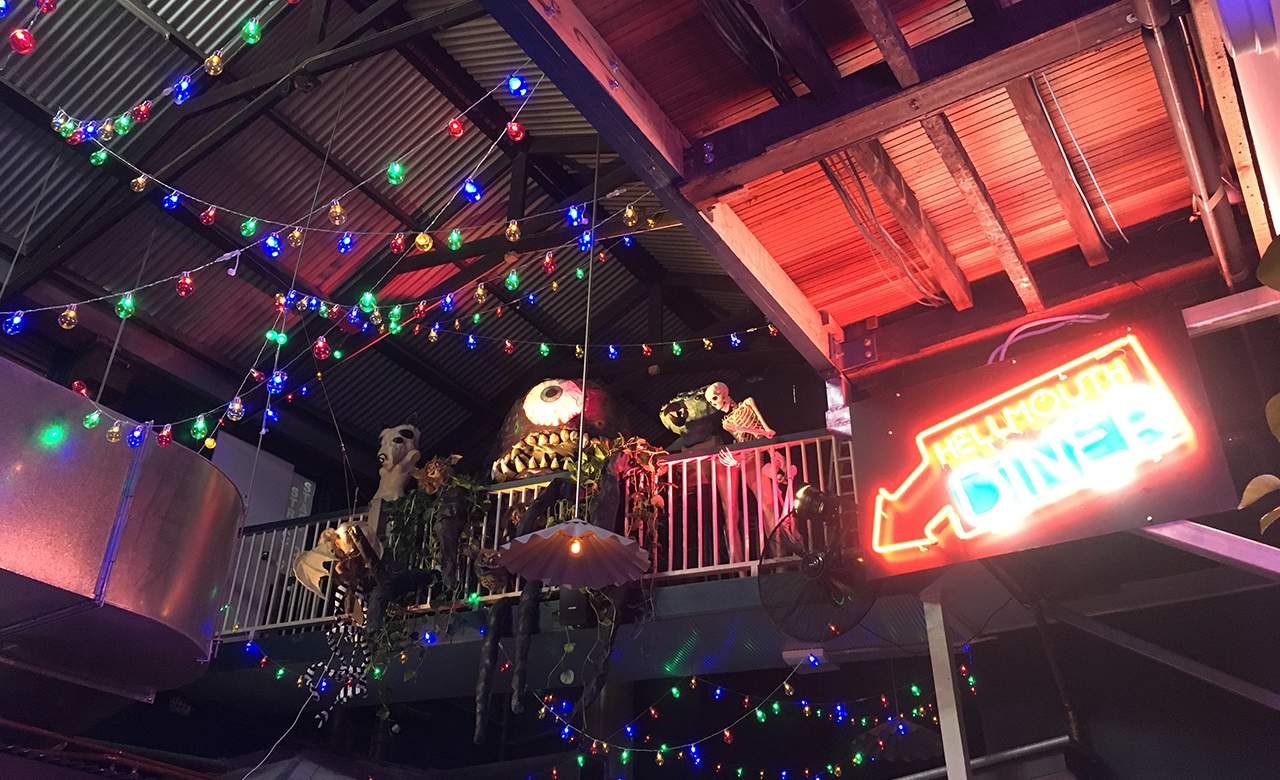 Yes, for a place named after somewhere hellish or hidden, it's all rather inviting, which also fits the food and drink lineup. At the Hellmouth Diner, American and Japanese influences infiltrate a selection of bar fare that aims higher than the greasy usual bites to eat. All standard items such as burgers, burritos and bowls are also vegan-friendly, though meat and dairy can be added. And if you're keen on something other than the range of beers on tap, wine, spirits, cocktails and house-made sodas are also on offer, with the latter available as boozy 'loaded' versions as well.

Netherworld opens on January 7 on the corner of Brunswick Street and St Paul's Terrace, Fortitude Valley. For more information, check out their website, Facebook page and Instagram feed.