Ice cream-loving Brisbanites, start screaming — and not just for any old frozen confection. Gelato Messina has finally come to our fair city, with their first permanent Brisbane venture opening its doors at 5pm on March 29. Fans will know that this has been worth the wait. They'll also know that waiting for fresh scoops of creamy goodness will probably be part of every visit to Messina's certain-to-be-busy West End store.

Remember that feeling you had as a kid when Christmas finally rolled around? Excitement, enthusiasm and an inability to decide just what you should do first? That's what walking into 109 Melbourne Street feels like. A red display case filled with 42 flavours of Messina's finest, all chilled to -14 degrees, is the first thing you see when you enter their largest store in Australia, sparking one immediate thought: it's okay to want to try everything. You're only human, after all. The ace thing Messina newcomers mightn't know is that taste-testing is heartily encouraged. In fact, you can sample as many flavours as your stomach demands. With vegan and dairy-free sorbet, a couple of yoghurt-based options, the permanent signature gelato varieties and five specials always on offer, there's certainly plenty to choose from. Salted caramel and white chocolate is Messina's best-seller around the country, should you need a recommendation. Anyone after something different might want to opt for the pandan and coconut sorbet, which is made from a green leaf used in Asian cooking — or the kind of choc mint you've never had before, which is actually made from the pressed herb and tastes nothing like you think it will.

Like the rest of its stores, Messina brings in its house-made flavour bases from the company's Sydney headquarters, then makes ice cream magic on-site. Watching new batches being churned is quite something, and will make you even hungrier. And, if finding out just how your favourite sweet treat is made sounds like your kind of thing, you're in luck, with Messina's gelato classes heading to Brisbane by June, if not earlier. Yep, that's why their West End digs has its own classroom. 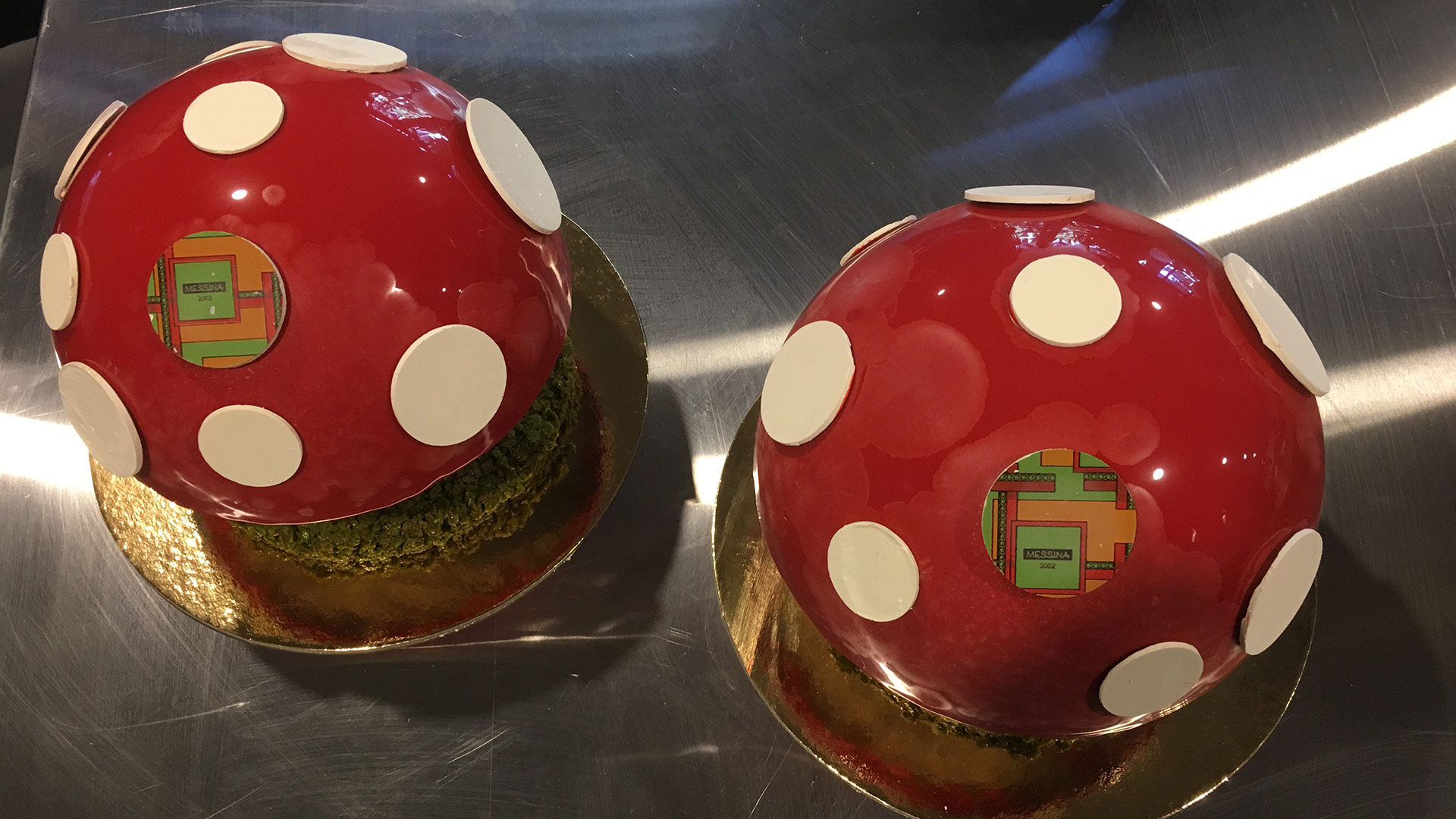 Those eager to attend will not only get a glimpse behind the scenes, but will also learn how Messina's chefs whip up such frosty delights — and taste plenty of gelato. Always be tasting gelato, folks. That's great advice to live by. The larger Gelato Appreciation Class will shower around 20 people at a time with oh-so-much ice cream, while the smaller Hands On Class walks ten eager people through the process of pasteurising, plating, and other gelato tricks and tips. If you've ever wondered how their eye-catching mushroom cakes are made, for example, prepare to find out.

Messina also plans to bring their Creative Department to Brisbane later in the year, aka their regular seven-course degustation dinners that will expand your idea of just what ice cream can be. Think garlic gelato, just as one example, plus all kinds of savoury and sweet pairings. While their specials seem experimental — as seen in the appropriately named QUEENSLANDAARRR!!!, which combines ginger gelato with pineapple cake and Bundaberg rum caramel, for instance — their Creative Department offerings are something else. Design-wise, the Melbourne Street shop also boasts bench seating and bean bags, because everyone wants to chill over chilled desserts. It's also the first of Messina's 16 stores in Sydney, Melbourne, Coolangatta, Brisbane and Las Vegas to carve their name into the wooden wall. Yep, they've arrived in Brissie alright, and they're making it clear.

Find Gelato Messina at Shop 1, 109 Melbourne Street, South Brisbane from 5pm on Wednesday, March 29. Regular store hours are 12pm to 11pm Sunday to Thursday, and 12pm to 11.30pm Friday and Saturday. Check out their website for more information.