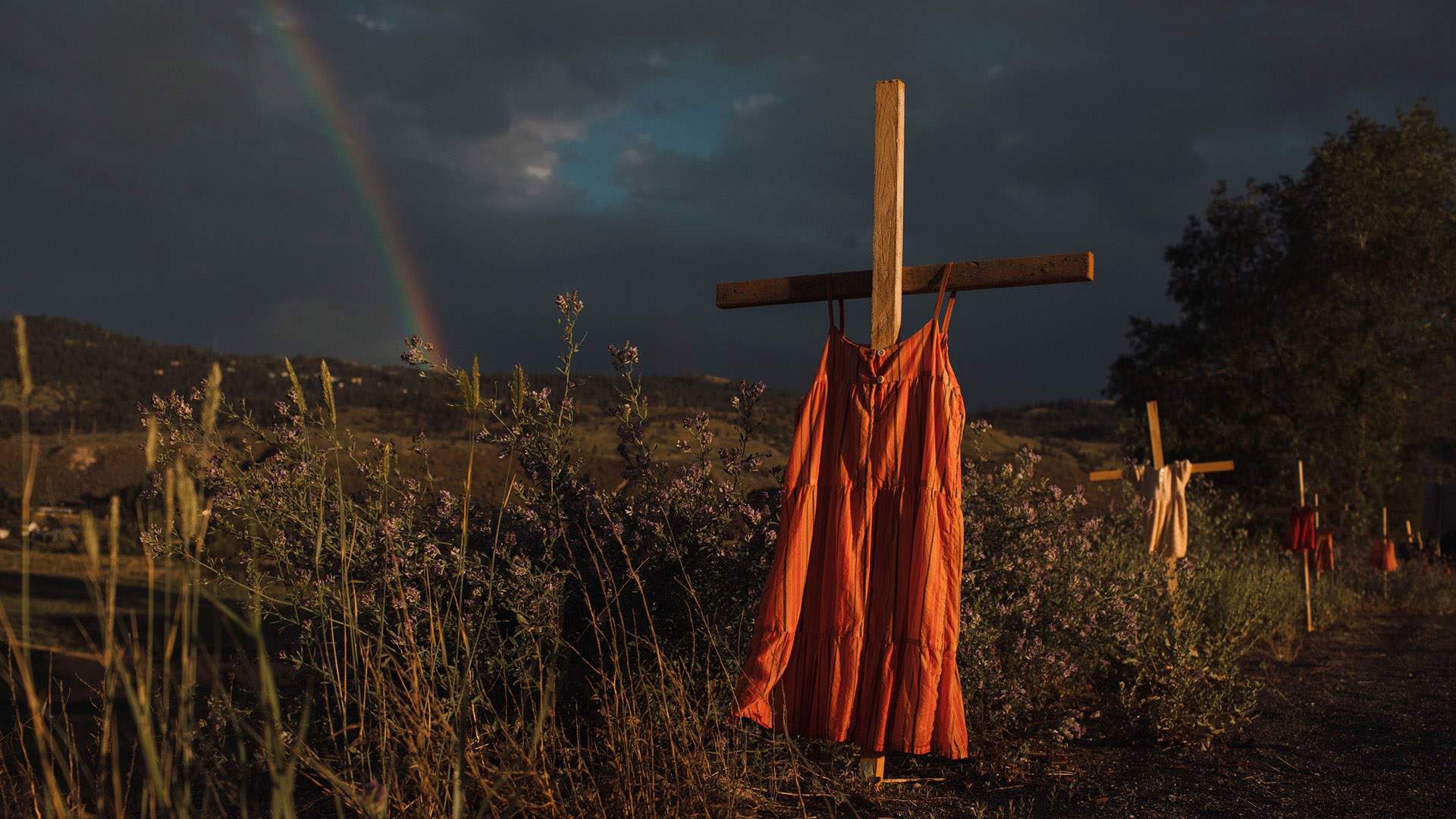 SCOPE OUT A STUNNING PHOTOGRAPHY EXHIBITION

Every year, the World Press Photo Foundation celebrates the very best in visual journalism and storytelling — and showcases it, too. The group hands out awards, thanks to the world's most prestigious photography competition, and also hosts an impressive global travelling exhibition.

The latter, the World Press Photo Exhibition, hits its 65th edition this year — and it will be on display at Brisbane Powerhouse from Saturday, July 2–Sunday, July 24, for you and your other half to check out. The winners from this year's contest were chosen by an independent jury that reviewed 64,823 photographs by 4066 photographers from 130 countries. While the exhibition only showcases a selection, get ready to peer at the best of the best.

Taking top honours for 2022: Amber Bracken's image for The New York Times, featuring red dresses hanging on crosses along the roadside to mark the children who died at the Kamloops Indian Residential School. It's a hauntingly striking photo.

This will be on display alongside other finalists, plus eye-catching images in categories that span contemporary issues, the environment, general news, nature, portraits and sports. 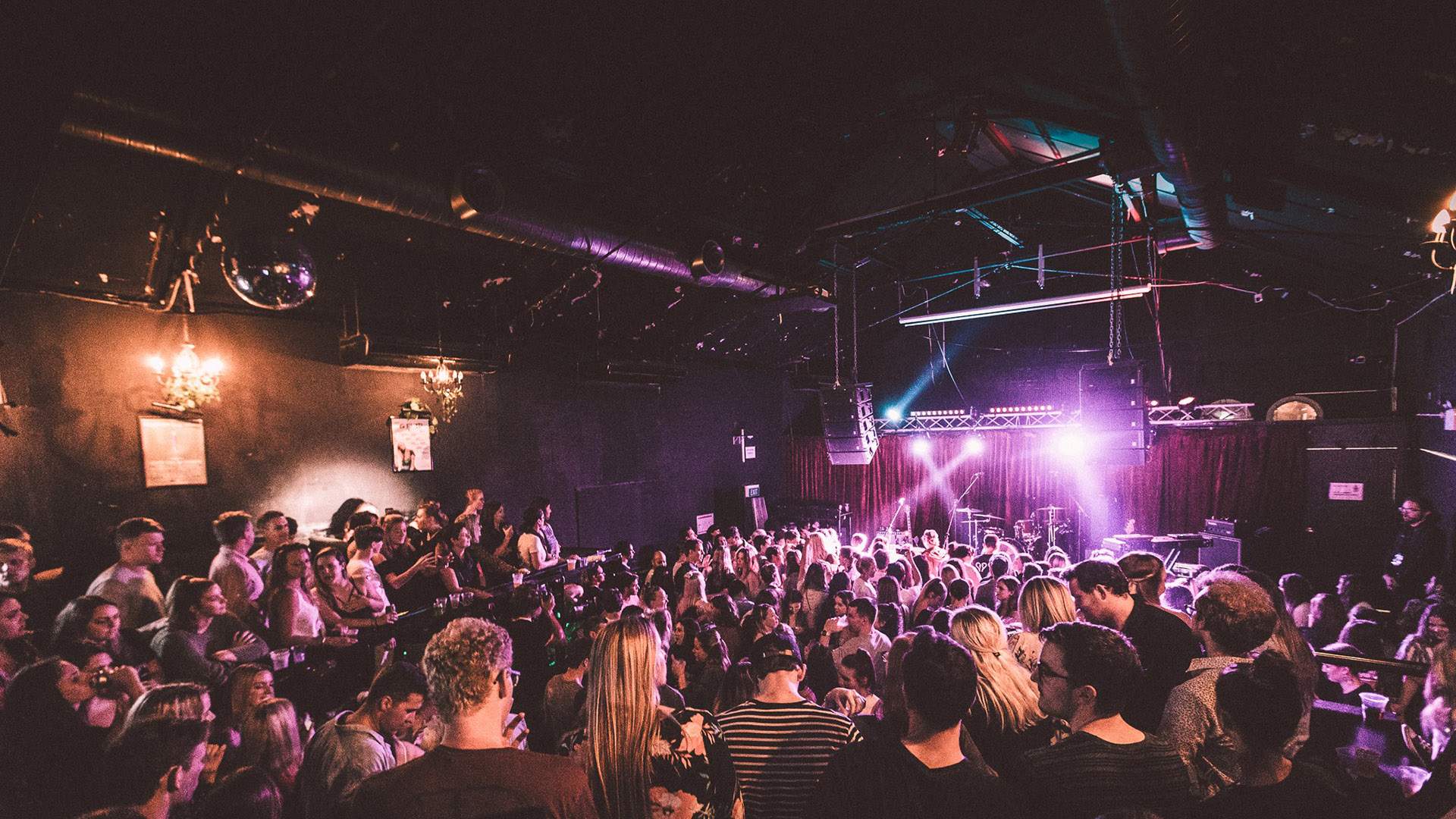 INDULGE YOUR LOVE OF 'STRANGER THINGS' ON THE DANCE FLOOR

Usually, we're sure that the folks at The Brightside love their Fortitude Valley location. For the venue's latest late-night shindig, though, the Brighty crew must wish they were located in a graveyard. So, that's the bad thing about the Warner Street spot's Running Up That Hill Stranger Things Party. Still, given the theme, there's obviously plenty that's eerie and awesome.

If you and your plus one are already excited, that means that you've watched Stranger Things season four — and probably did so in record time. It also means that you've likely been obsessed with Kate Bush's 'Running Up That Hill' ever since. Consider this your ideal event, then.

From 11pm on Friday, July 1, The Brightside will bust out two kinds of music: the synth-heavy Stranger Things soundtrack, of course, plus all things Kate Bush. You'll listen, you'll dance, you'll drink and you'll know what you'll be watching afterwards.

The first hour will be all about Stranger Things, the second will worship Bush, while the rest of the night will adore witchy pop tunes in general. Themed cocktails will be on the menu as well, and there'll be a photobooth — with first-release tickets costing $12.25,  then going up to $15 and finally $19. LIVE LIFE LIKE IT'S SNOW WEEK — COMPLETE WITH IRL SNOW

It doesn't snow in Brisbane, as you and your significant other very well know. Sometimes, if it gets cold enough, the skies can whiten around the Granite Belt; however, that isn't Brissie. For six days in Fortitude Valley, however, you can surround yourself with the best thing that winter has to offer without leaving the city — and there'll be 50 tonnes of the stuff, in fact.

Yes, all that snow will be real. You'll find it at The Prince Consort as part of the venue's Snow Week, and it'll be falling from the sky from Tuesday, June 28–Sunday, July 3. The Wickham Street spot is turning into a winter wonderland, because it's that time of year. And, it's hosting a heap of snow-themed festivities to help you make the most of the event.

Fancy a round of Snow (Drag) Queen Bingo? Have an ugly sweater you'd like to bust out at a party dedicated to terrible woollen wares? Fancy pretending you're at a ski resort? They're all options throughout the week. So is attending a shindig dedicated to Canada, to celebrate Canada Day — poutine included.

Also on offer: nooks to get cosy in, art installations, live performers and DJs, and special food menus to suit the occasion. Rugging up is recommended, obviously. SAMPLE ALL THE CHEESE YOU CAN HANDLE

You and your favourite person can never have too many occasions to eat cheese, but this returning Australian cheese festival isn't just keen to shower cheese fiends with creamy goodness. A collaboration between Bruny Island Cheese Co cheesemaker Nick Haddow and the organisers of Pinot Palooza, Mould wants dairy lovers to explore and devour the mild, hard and soft bites that Australia's best cheese wizards have to offer.

Returning for a fourth time in 2022 — after a chaotic couple of years, as all fests have endured — the cheesy event will paint Brisbane Showgrounds yellow from Friday, July 1–Sunday, July 3. And there won't just be a few cheeses on the menu. More than 75 artisan cheeses from around the country will be ready and waiting for you to devour, spanning dairy from 27-plus producers. That lineup includes Bruny Island Cheese Co, naturally, plus Grandvewe, Milawa Cheese, Yarra Valley Dairy and Stone & Crow. There'll also be wares from Section 28, Red Cow Organics, Nimbin Valley Cheese, and newcomers such as Dreaming Goat, Long Paddock Cheese and Second Mouse Cheese.

Alongside unlimited tastings of Australia's best cheeses — all for $45 ticket, during four-hour sessions that run from 4.30pm–8.30pm on the Friday, 11am–3pm and 4–8pm on the Saturday, and 11am–3pm on the Sunday — Mould will also feature flavoursome fare from cheese specialists that've been created just for the fest, too. Think of it as a cheese tasting trip around Australia without leaving the city.

Of course, snacking on samples and purchasing slices and slabs to take home with you are just two ways to enjoy cheese. The fest will have cooking demonstrations, masterclasses and talks so you can stretch your cheese knowledge as well as your cheese stomach. And it wouldn't be a cheese festival without beverages to wash it all down with, so expect a bar serving Aussie wines, whisky, vodka, gin, beer, cider, cocktails and sake — all of which match nicely to a bit of cheese. EAT AND DRINK YOUR WAY THROUGH THE SCENIC RIM

Sometimes, even the most adventurous among us need a little push, a dash of motivation or some extra incentive to take a particular leap. And, sometimes, that encouragement arrives in the form of a must-attend event. So you've always wanted to wander around southeast Queensland's Scenic Rim region, but have never found the time? Well, consider the area's returning annual Eat Local Week all the reason you need.

If exploring, eating and drinking can't get you in the car and down the highway, then nothing can. Unsurprisingly, that's just the big-picture view of this nine-day festival. Promoting Scenic Rim produce and the people behind it, the event marks its 11th year in 2022 — which is taking place now until Sunday, July 3.

On the bill: more than 125 events at 42 locations, all in a region that's been named one of the best places to visit in 2022. So, you won't definitely be bored during this fest. A number of festivals are taking place within the broader event, for starters — including a winter harvest festival.

Among the other highlights, there's picnics with alpacas among the vines, camel rides, boozy brewery brunches, tours aplenty, and oh-so-many opportunities to eat, drink and take in the sights.