The daybeds, cabanas and pool won't open until April, but the venue's onsite eatery is already serving up cider mussels, lobster rolls and pineapple margaritas.

Living the yacht life without actually getting on a yacht is set to become a reality on the Gold Coast this year, with the Marina Mirage scoring its own floating beach club, La Luna, in April. But if you'd like to check out the venue's restaurant in advance for a stint of cider mussels and pineapple margaritas, the waterside spot has good news: said eatery, also called La Luna, has just opened its doors.

In a space filled with soft, crisp shades — on the walls, and in the linen and curtains — and plenty of natural light from its big windows, diners can now tuck into a meal and a few drinks while looking over the marina. At present, it's only catering to small groups of six and under, but if you're keen to gather the gang or even host a function, La Luna will welcome you in in the coming weeks. 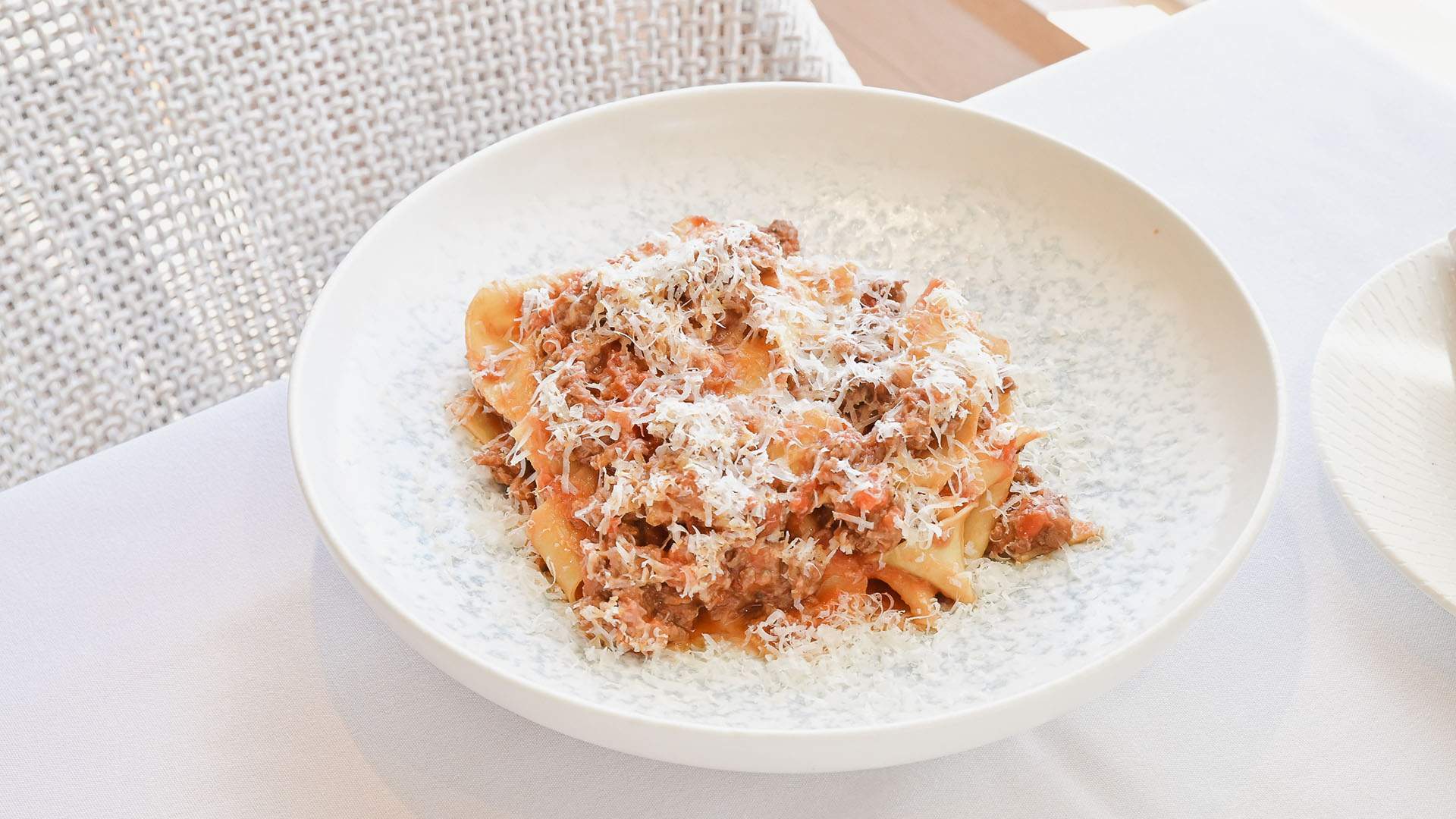 From the drinks list, expect sparkling, white and red wines to suit all budgets, plus local and international brews on tap and by the bottle — and several options spirits-wise, no matter whether you're a gin, vodka, tequila, bourbon, rum or whisky drinker. If the whole seaside setup screams cocktail to you, the signature offerings include barrel-aged negronis and mai tais, as well as non-boozy spritzes, sours and watermelon highballs. All of the above will still be available when La Luna opens the beach club side of the site, of course — adding another spot to the Glitter Strip after a rooftop beach club launched in Surfers Paradise and a pop-up beach club on the sand at Broadbeach, both in 2021.

La Luna is the brainchild of the Gennari Group, which is already behind the Gold Coast's Koi Broadbeach, Glass Dining & Lounge Bar, The Loose Moose, Maggie Choo and Roosevelt Lounge, and takes inspiration from its European counterparts — and from Mykonos and Saint-Tropez in general — with a few cues gleaned from Tulum in Mexico as well. Think: daybeds, private cabanas and pools on its pontoon setup, obviously, as well as a bar, and dining not just inside but also outdoors by the water.

Find La Luna Beach Club at Marina Mirage, 74 Seaworld Drive, Gold Coast — with its onsite restaurant open now, and the beach club itself due to open in April 2022.