In Hong Kong, T’ang Court has boasted three Michelin stars since 2016 — and now the chain has opened inside The Langham Gold Coast.

Hong Kong's T'ang Court restaurant has earned itself an impressive reputation, becoming a must-eat mainstay in the city's culinary scene, and also boasting three Michelin stars for seven consecutive years since 2016. For Australians keen to give its Cantonese menu a try, there's now another option — and it's easier than hopping on an international flight. Adding to T'ang Court's outposts overseas, The Langham hotel chain has opened an Aussie venue in its luxe new Gold Coast site.

The Langham Gold Coast hotel itself launched back in June, after first revealing that it was in the works in May — and T'ang Court making the jump to southeast Queensland was announced then as well. But the restaurant was always set to launch later, in spring. It clearly took that opening date seriously, welcoming in patrons from Thursday, September 1. The fine-dining chain's name comes from the Tang Dynasty, with the restaurant taking a luxe approach to both its surroundings and its culinary spread. The decor pairs bold pops of colour with neutrals, including bespoke abstract art pieces by Australian Chinese artist Lindi Li. As for the food range, it spans perennial favourites and seasonal delicacies, including across both a la carte dishes and three set menus.

A big drawcard at T'ang Court's first Australian location: a three-part tribute to Cantonese duck, which features duck pancakes with hoi sin sauce, duck buns with lychee and raspberry sauce (and caviar), and sliced duck breast and leg paired with with plum sauce. 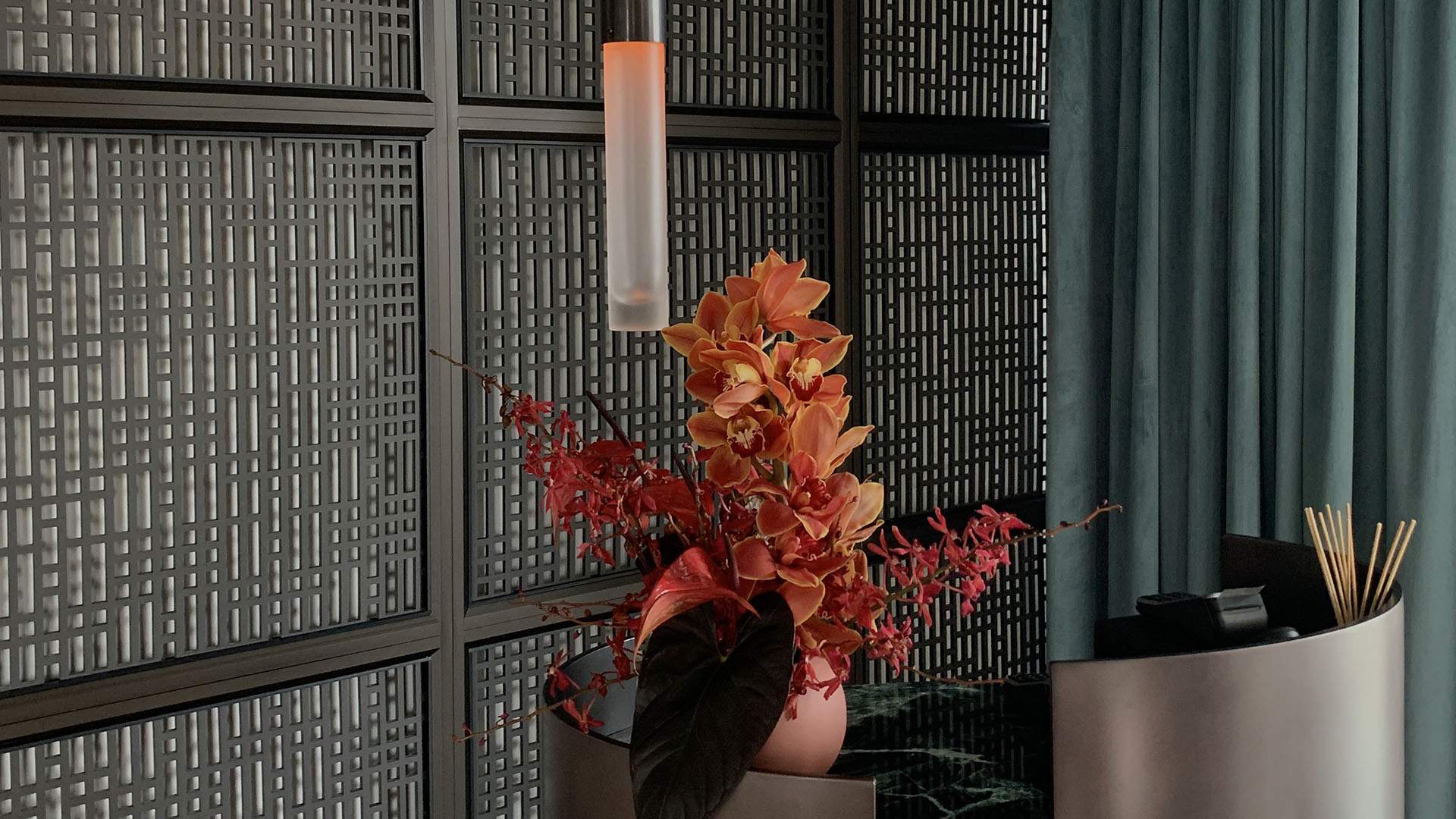 "Our first Australian T'ang Court restaurant marks a significant leap forward for the local dining landscape. Authentic, traditional Cantonese fine dining is comparatively rare in Australia, so we're thrilled to bring this unique experience to life for locals and travellers, from other states and even internationally," said Howard Lam, Director of Chinese Cuisine for Langham Hospitality Group.

"Diners at T'ang Court on the Gold Coast will be able to indulge in the same golden age Cantonese flavours that have earned T'ang Court at The Langham Hong Kong three Michelin stars and seen its many other award-winning sister restaurants across the world become highly-sought-after dining destinations." Located indoors on level three at The Langham, and seating 80, T'ang Court is serving lunch from 12–3pm and dinner from 5.30–11pm five days a week — operating from Wednesday–Sunday.

If you're a keen to book in a visit from out of town, then stay the night afterwards, The Langham also boasts 339 rooms and suites, direct beachfront access, a pool bar you can swim up to while still staring at that ocean view, a number of other eateries and a wellness centre.