New rules are coming into effect in the Byron, Ballina, Tweed and Lismore shires, which may have an impact on this year's Bluesfest.

Whether you have tickets to Bluesfest or you were just intending to head to Byron Bay for an Easter getaway, the latest COVID-19 developments in New South Wales might have you rethinking your plans. Today, Wednesday, March 31, NSW Premier Gladys Berejiklian has announced that four shires in the north coast region will be placed back under gathering and venue restrictions in response to the recent community transmission cases linked to the area.

From 5pm AEDT today until at least 11.59pm on Monday, April 5, the Byron, Ballina, Tweed and Lismore shires will revert back to 30-person caps for at-home gatherings, and will reinstate the one person per four-square-metres rule at all indoor public settings, including hospitality venues. You'll also have to sit, not stand, while you're having a drink. And, masks will be compulsory on public transport, in retail settings and whenever you're indoors in a public place.

The Premier also revealed today that one case has been identified in Byron Bay, linked to one of the venues visited by two positive cases from Brisbane who visited the area over the past weekend. The man in his 20s "sat in proximity to the travellers from Queensland who were infectious at the time," NSW Chief Health Officer Dr Kerry Chant advised at today's press conference. Due to this growing cluster, the Greater Brisbane area is currently in lockdown.

Announcing the changed restrictions in the four shires, Premier Berejiklian said that "we know through this one case of community transmission that there could be others. Until the end of Easter, those four local government areas will be subject to some restrictions." She continued: "the positive news in all of this is we're not saying to businesses shut your doors, quite the opposite. We are saying you can keep your doors open but because of the risk that is there — we want you to be extra cautious." 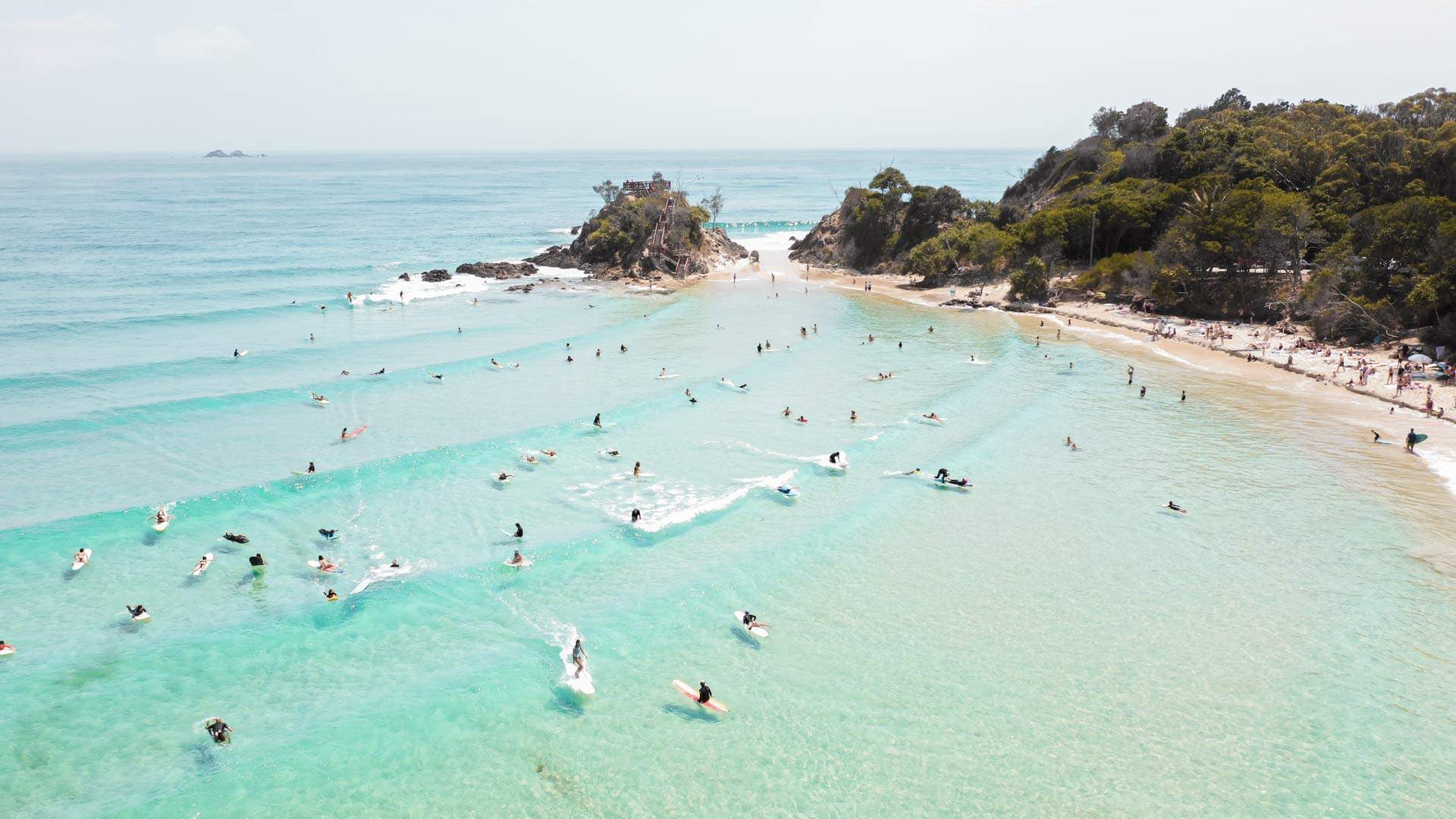 If you've seen NSW Health's COVID-19 figures for today, it lists no new cases in the 24 hours to 8pm yesterday, Tuesday, March 30 — but this new case in Byron Bay was identified after that period ended.

Premier Berejiklian also advised that the government isn't locking down the identified areas, but folks who were planning to head there might want to re-evaluate their plans. "We won't tell people to stop going to those four regions over Easter but, given the new restrictions about the four-square-metre rule, venues which could previously take more people may have to take less people," she said. "We ask everybody who was attending those local government areas to reconsider their plans, although we're not saying it is compulsory not to go."

Specifically regarding Bluesfest, which is due to kick off tomorrow, Thursday, April 1, the Premier said that a statement will be put out later today.

Speaking about the festival, NSW Health Minister Brad Hazzard also said discussions are ongoing with the event's organisers. "There is a high level of concern from our public health officials that, with these new cases that have come from Queensland and then the newest case that we have heard about just overnight, that we all need to be on high alert," he advised. "What I would say is that if it were absolutely safe, then we wouldn't be making this comment... To those who might be intending to come, just be alert to the messages that will come from the New South Wales Government in the next 12-24 hours as we look at the unfolding situation on the north coast," he continued.

As always, Sydneysiders are asked to continue to frequently check NSW Health's long list of locations and venues that have been visited by positive coronavirus cases — and, if you've been to anywhere listed on the specific dates and times, to get tested immediately and self-isolate. You can also have a look at the venue alerts over at this interactive map.