If you're not keen on joining the crowds at Coachella or the Tokyo 2020 Olympics, these smaller arts festivals might help you schedule some travel plans.

If you're not keen on joining the crowds at Coachella or the Tokyo 2020 Olympics, these smaller arts festivals might help you schedule some travel plans.

A new year has begun, and for us that means one thing — it's time to book new travel destinations for 2020. This time around, instead of searching for things like 'best beaches' or 'best cities', plan your travel from a different angle. An arts and culture angle, that is. Planning your calendar around the world's many festivals is a fun way to change up your regular trip routine. Think a biennale in India, a mountain burning festival in Japan and one celebrating 24-hours-of daylight in Russia. Here are seven lesser known arts/culture festivals to travel overseas for this year. Taking place just outside of Taipei, the Pingxi Lantern Festival marks the end of Chinese New Year with one stunning illuminated display. Visitors write a message and place it inside a paper sky lanterns, then set it aflame and release it into the night — alongside thousands of others. It's an impressive sight that holds an air of magic around it. While the lanterns float overhead, the streets are filled with folk performances, street carnivals and contests. The annual festival has been taking over Taiwan for over 2000 years, having begun during the Xing Dynasty. We can't think of a better way to ring in the (lunar) new year. Every two years, the charming seaside town of Fort Kochi becomes a mecca for all things art in India. The Kochi-Muziris Biennale showcases contemporary Indian and international art in heritage properties around the city — this year includes a townhouse, project space, art cafe and converted warehouse. Each biennale is curated by an artist who is chosen by a committee of artists, scholars and collectors. Now in its fifth edition, the 2020 curator for the festival is artist and writer Shubigi Rao. She was born in India but is based in Singapore, and is known for her layered installations across mediums like books, etchings, drawings and puzzles. The festival runs for over three months each year, so you have a good window in which to book your trip, too. For one seriously fiery sight, make sure you're in Nara, Japan on the forth January of the year. An ancient version of Burning Man festival, the Wakakusa Yamayaki festival sees the dead grass on Mount Wakakusayama set on fire — and that's followed by one big ol' fireworks display. No one quite knows the origin of the festival, leaving it shrouded in mystery. Some accounts claim the mountainside burning began due to boundary conflicts between the Kohfukuji and Todaiji Temples. Others claim the fires are meant to scare away wild boars, and even ghosts. Regardless of the origin, it's an impressive sight. The blazing mountain can be seen from any point in the city — with Nara Park being the best lookout. 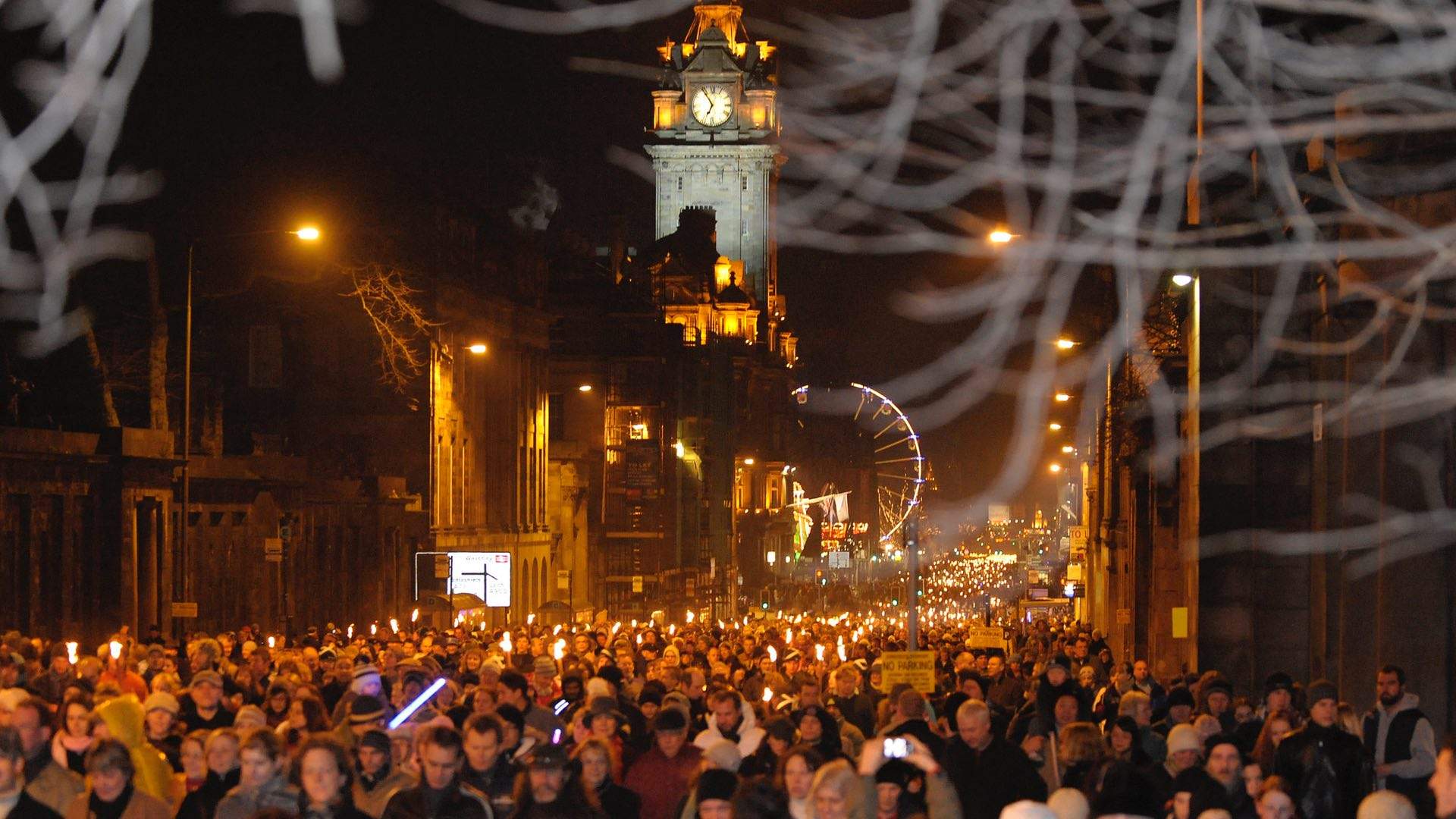 Scotland's capital city of Edinburgh really knows how to ring in the new year. While parties happen all over the world on New Year's Eve, no one does it quite like the Scots — their celebration runs for two full days and features street parties, carnival rides, Christmas markets and a full on music festival to boot. The multi-stage festival takes place on December 31 straight into the new year, with at least five bands playing simultaneously. Alongside the festival is a torchlight procession on December 30. Also on the docket is an ice rink, ferris wheel, polar bear plunge in icy waters (dubbed he Loony Dook race) and even an arts festival that takes over nine unusual venues across the city. The Philippines' vibrant art scene is on full display each February when Art Fair Philippines transforms The Link carpark into a cultural marketplace. The weekend-long festival was only just founded in 2013, and has since become the top art event in the country. A wide range of contemporary art is available to view and purchase, ranging from paintings and sculptures to photographs and more experimental installations. All of the artists are on hand alongside their work, so you can chat to the makers of your favourite pieces. If you're travelling with a friend or partner, it's also a fun way to start out the evening — the exhibition stays open until 9pm each night and there are heaps of food and drink vendors available, so you can peruse with bubbly in hand. And entry tickets cost just a tenner. While images of Russia's picturesque city of St Petersburg often depict a blanket of snow, the summer months actually see nearly 24 hours of daylight here. And the city celebrates these long days for three full months each year — specifically from mid-May through mid-July. Stars of the White Nights is a massive collection of arts and culture events spanning music, film, ballet and opera premieres (including at the Mariinsky Theatre, pictured above) and outdoor festivities. Many of the city's top museums stay open overnight during this period, too. Or simply wander along the River Neva, where gypsy bands, jugglers, fire eaters and other carnival acts can be seen performing all night long. 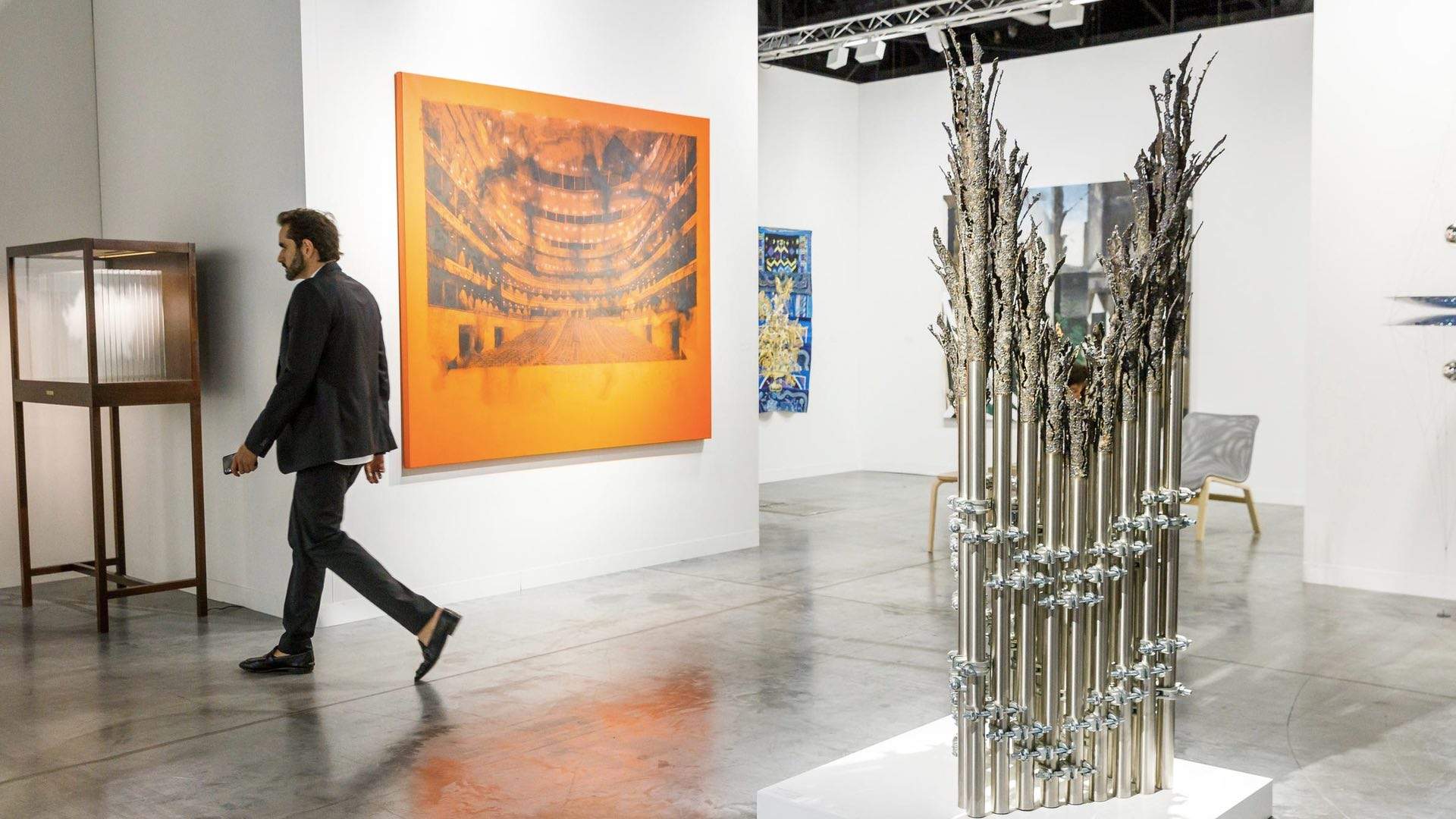 Started over 40 years ago, Art Basel is considered to be the premiere art event of the year by many. It's held annually across Hong Kong, Basel, Switzerland and Miami Beach. The USA instalment takes place over three days in December and features works from over 250 leading galleries across North America, Latin America, Europe, Asia, Africa and even Australia. It showcases masterpieces from modern and contemporary artists, alongside exhibitions by emerging artists — and this year has partnered with KickStarter specifically to support up-and-comers. Art forms span paintings, sculptures and photographs, as well as large-scale installations films, and editions from master artists. And you have the added benefit of being next to one of the States' best beaches, too.

Published on January 10, 2020 by Marissa Ciampi