Winter is coming, and while there aren't any white walkers to fear in Tasmania (that we know of), it does get pretty darn cold. But don't get ahead of yourself. There's something incredibly magical about the cooler months in Tassie. While us northerners get chilly, rainy grey days once winter settles in, this southern state becomes a glittering wonderland that looks like it's straight out of a fairytale. Plus, along with the dustings of snow prettying up the place, the season brings a calendar of epic events. You really have no reason to hibernate this year.

From 5000-strong singalongs around massive bonfires to dressing up in costumes to scare away evil spirits in the apple orchards, partaking in Tasmania's winter events is much more enjoyable than hibernation. To help you start planning, we've compiled a list of the best, most interesting experiences the island state has to offer. So, pack your warmest winter woollies, grab some mates and prepare yourself for a jam-packed Tasmanian winter adventure. SWIM NAKED WITH A THOUSAND PEOPLE DURING THE WINTER SOLSTICE

You haven't swum, till you've swum stark naked — in the company of a thousand people and in really, really, really cold water. This chilling event happens every year as part of Dark Mofo, MONA's midwinter festival that delves into ancient rituals and mythologies to uncover all things dark — and light. The swim always takes place at sunrise on the winter solstice (set this year on Saturday, June 22 at 7.42am), with swimmers lining the shores of the River Derwent in the dark, before donning red bathing caps and diving in simultaneously. Oh, and the water temperature? It's usually at a cosy seven degrees celsius, give or take. 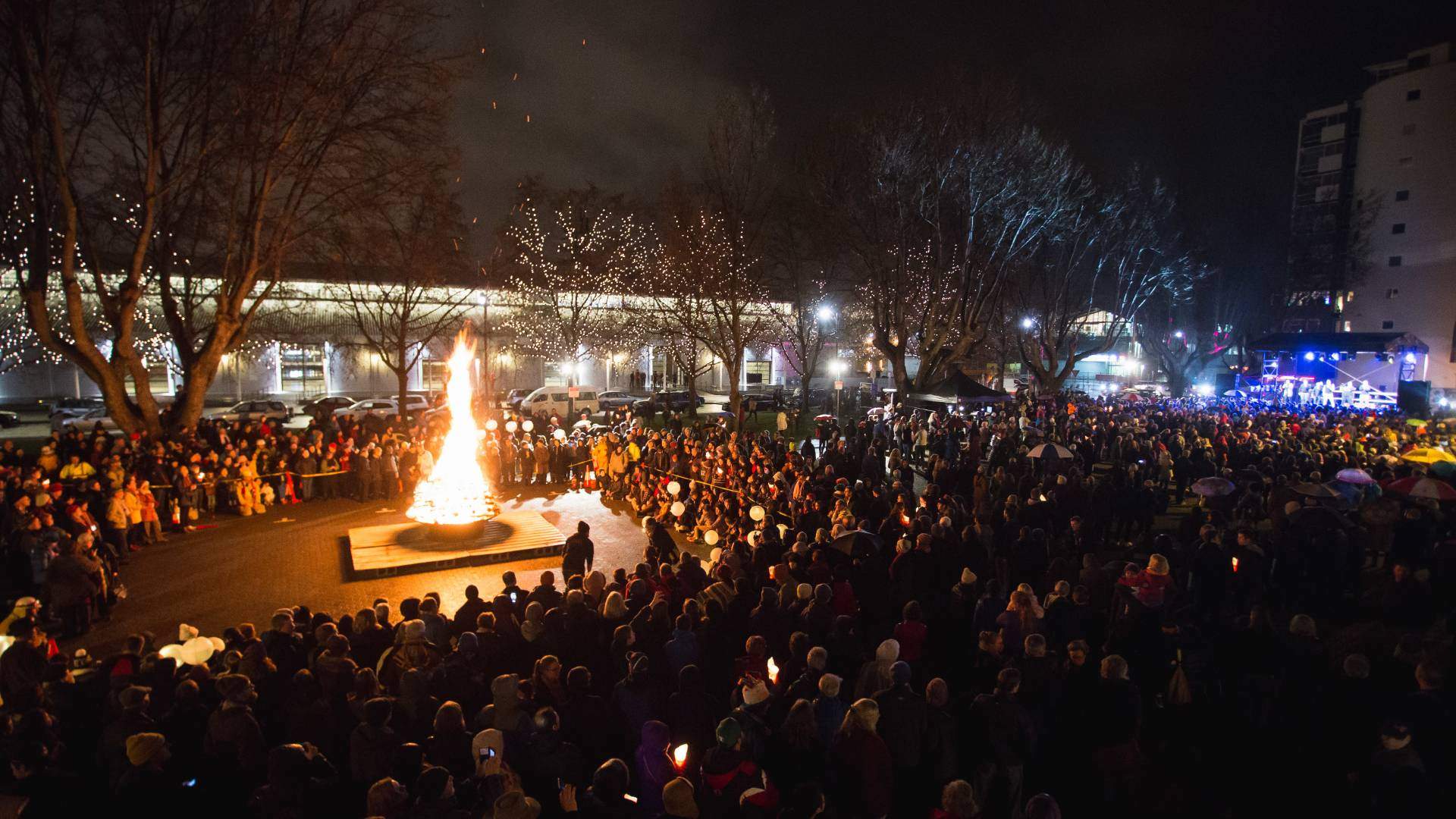 Festival of Voices by Phil Kitt.

SING ALONG AT THE FESTIVAL OF VOICES

If you were one of those kids at camp that actually enjoyed sitting around the campfire and singing 'Kum Ba Yah', then you're going to love the Festival of Voices. First held as a way for the community of Tasmania to stay active and warm over the island state's famously chilly winter, the event now attracts thousands of people each year to come and sing together around a huge bonfire in Hobart's Salamanca. It's a pretty raucous affair, unsurprisingly. Plus, now that the festival is so popular, there are also plenty of professional performances all over Hobart and its surrounds that you can catch while it's on. The Enchanted Walk by Paul Fleming.

The Lord of the Rings movies might've been shot in New Zealand, but Tasmania could have easily been a secondary location choice. Nowhere is this truer than Cradle Mountain, where the landscape is an utterly stunning combination of misty rivers, ancient trees and rugged peaks. One of the best ways to experience this beauty is the Enchanted Walk. Beginning at Peppers Cradle Mountain Lodge, this short, one-kilometre trek winds its way around Pencil Pine River, a lovely waterfall and a whole host of magical looking snow-dusted vegetation, before finally ending at Ronny Creek. If you're lucky, you might even catch a glimpse of some wombats grazing among the buttongrass. 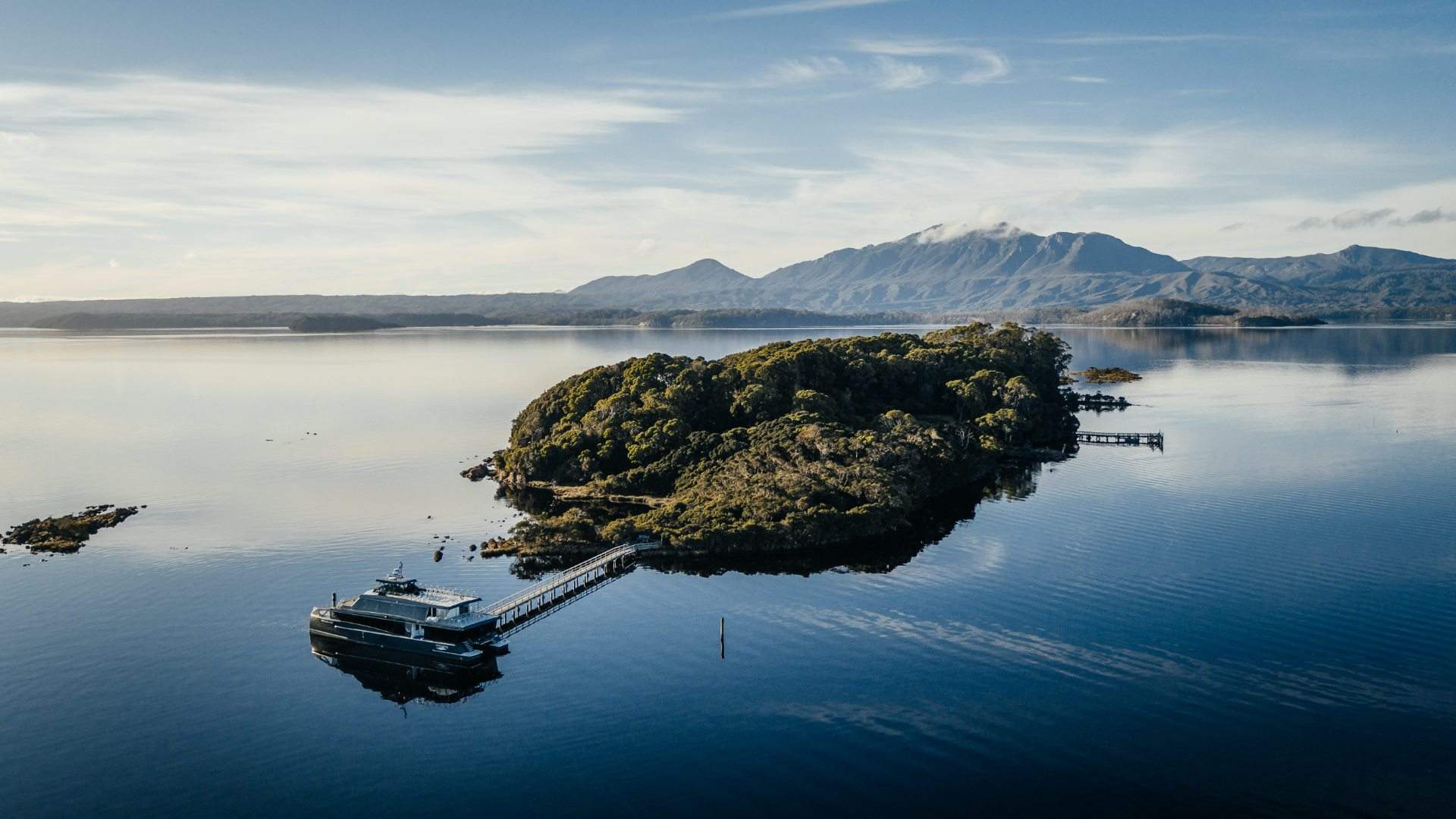 TAKE TO THE WATER ON THE GORDON RIVER CRUISE

Speaking of misty rivers and ancient trees, you'll find both deep within the heart of Tasmania's Wilderness World Heritage Area, where the Gordon River is setting the bar high when it comes to mystical landscapes. If you're keen to experience that magic in all its glory, jump on a Gordon River Cruise and set sail past some of Tasmania's most historic landmarks and wild wonders. From Hells Gates at Macquarie Harbour to rare white-breasted sea eagles and ancient rainforests filled with Huon pine (Australia's oldest tree), you'll have a chance to learn all about Tasmania's convict history while also taking in some of the most incredible scenery you'll ever lay eyes on. Known in some circles as the Apple Isle, it's not surprising that Tasmania and its locals are pretty keen on the crispy red fruit — and that's exactly why the Huon Valley Mid-Winter Festival has become so popular in recent years. Luring people in with the promise of apple cider, huge feasts, dancing and a big ol' bonfire, it's the wassailing event that's the festival's most famous. Performed to bring on a good apple harvest, the ancient English tradition involves dressing up in all sorts of strange, sometimes animal-like costumes to scare away evil spirits from the apple orchard. But if ceremonies aren't your thing, there's still plenty of live music, Willie Smith's Organic Apple Cider and locally sourced food to enjoy.