It's the brand's first site anywhere in the world — and you'll find it on the old Blockbuster block on Brunswick Street.

Over the past decade, Brisbane has welcomed a hefty amount of new boutique hotels, giving travellers plenty of luxurious places to stay and gifting locals more than a few spots to book in a staycation. The next set to join the ranks is Hotel X — and, towering over Brunswick Street in Fortitude Valley, it marks the brand's first-ever venue anywhere in the world.

If you've walked, cycled or driven from New Farm to the Valley (or vice versa) over the past year or so, you would've noticed construction occurring on the block that used to house the suburb's Blockbuster video store. Come February 22, Hotel X will throw open its doors there, with InterContinental Hotels Group (IHG) and Queensland-based developers Pointcorp joining forces on the 146-room site. Its white facade — and the geometric design that spans across it — certainly stands out, and it also boasts a custom-designed lighting system that helps draw the eye after sunset. 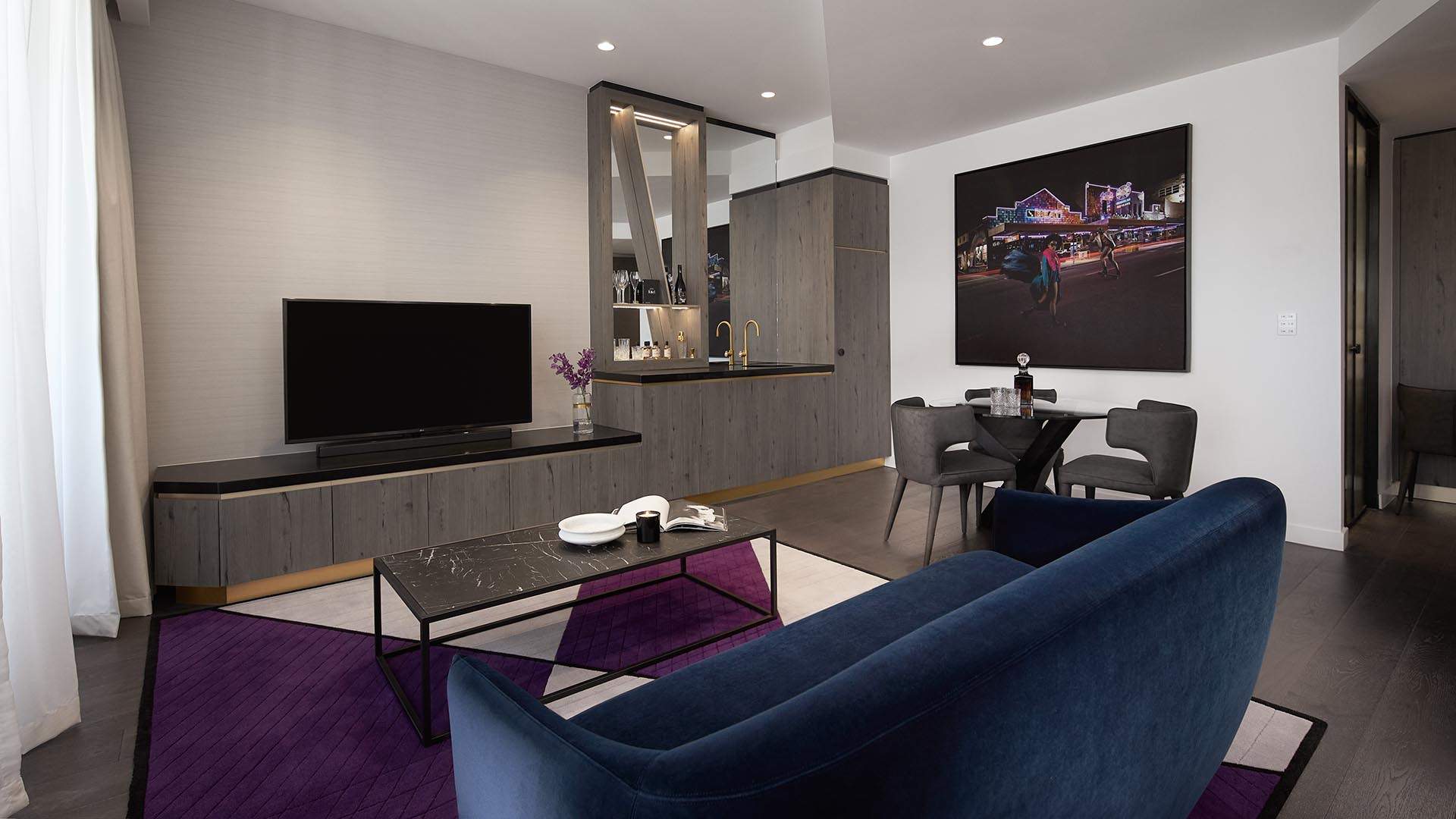 Inside, guests will find artwork by Justin Nicholas, amenities designed by Karl Lagerfeld, a gleaming mini-bar setup, black and white-tiled bathrooms, and Dyson and GHD hair appliances in the more expensive rooms. Depending on your budget, you can also choose whether or not you'd like a balcony — or, from the upper tier of options, your own terrace or suite.

There's an event space with an outdoor area as well, for those keen to throw a party and then hit the Valley afterwards. And, all of the usual hotel inclusions apply, such as room service and a gymnasium. You can leave your car with the valet, too, given that finding a park isn't the easiest thing to do in the area. The most exciting parts of the new hotel will have you seeing the city from a different perspective. While Hotel X boasts views of the CBD from its rooms, it's bound to have a killer vantage from its rooftop pool, bar and restaurant. Just when you'll be able to head up for a bite and a drink at the Mediterranean-themed joint, called Iris, is yet to be revealed; however, Ghanem Group will be running the show.

Find Hotel X at 458 Brunswick Street, Fortitude Valley, operating from February 22. Bisou Bisou will open on the same date — and we'll update you with more details about its rooftop bar, Iris, when they're announced.